2019 was a very big year for us, as a family, as parents and even as individuals.

We definitely had lots of highs and plenty of low points too! I thought it would be really nice to write a round-up post for our 2019! I love reading these and I think that it will be lovely to show Harry in the future too! 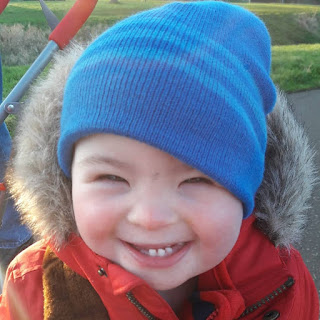 2019 started pretty well for us. Sam and I working at jobs we enjoyed with great friends. We decided in January that it was time we started introducing Harry to the potty. He had been obsessed with the toilet for a good couple of weeks before this point and was bringing us a nappy to change him when he filled his nappy. Harry is still not potty trained but knows what the potty is for and making great progress! January was also filled with cold walks and warm coats. February for us was pretty uneventful, to be honest, but we made lots of effort to see our friends and Harry had some wonderful playdates! We are looking forward to plenty more this year! 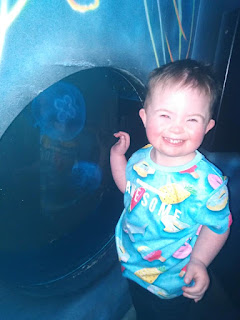 March brought with it preparations for Harry’s birthday, We didn’t do anything different for Harry’s 3rd birthday apart from he was super excited as Nanna, mumbles and Doo Doo (my mum, sister, and brother) came with us this time. I honestly think Harry has had enough of sea life for a while, he’s still obsessed with sharks, but for his 4th birthday, we are considering either Woburn Safari Park so Harry can see some real elephants as he ADORES elephants or Peppa Pig world. Whichever we don’t do for his birthday we will be doing over the summer holidays so he won’t miss out at all! 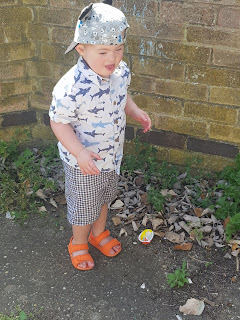 April, May, and June were fine, nothing really worth mentioning, but then we got some very bad news at the beginning of July when the company I worked for went bust and I was made redundant. I love working and so to be suddenly out of a job was a hard thing to cope with at first. I went to a very dark place mentally for a few weeks, to be honest. But then the summer holidays started and I had Harry with me every day. I haven’t been able to spend proper time with Harry in so long so this was AMAZING. I really felt like we were bonding in a way we couldn’t before because I was always working. We got into an amazing routine and with the way Sam’s shifts worked out we also got some great family time over July, then mid-August I went back to work but that really didn’t stop the fun. Harry and I finally got our first ever passports in August, ready for what was possibly the highlight of our 2019… Our first ever family holiday! 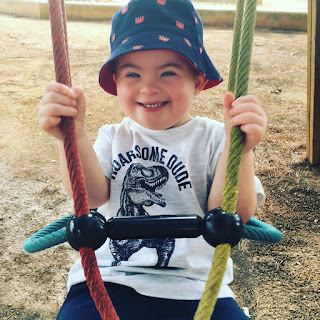 We were incredibly lucky that my mum, brother, and sister paid for Harry, Sam and I to go to Menorca with them for our 10th anniversary in September! We honestly had the best time and Harry loved the villa and especially loved going on an airplane! We had the best time and honestly are hoping to go back very soon.

October was uneventful for us but then in November, we decided that at 3 and a half it was time Harry got rid of his dum. It was a night full of mixed emotions, only really for us! Harry didn’t even seem to notice but I was a mess! I definitely didn’t want him to get rid of his last ‘baby’ thing, but proud of him for doing it so brilliantly!
December was a difficult month, usually, in December I’m full of Christmas cheer, but I just wasn’t feeling it, which is funny because it honestly turned out to be on of the best Christmases.
December was particularly hard because in the middle of the month we found out that Harry will have to have his open-heart surgery in early 2020. It’s not something we expected but I don’t want to go too much into it in this post. Maybe I’ll do another closer to the time or just after letting you know our experience. 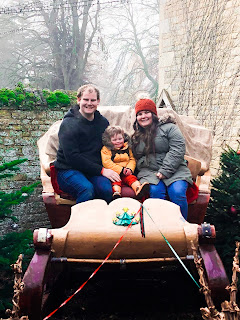 But that was pretty much our year. I think my favorite thing of 2019 had to be hearing Harry say gracias (thank you) while in Spain. And seeing his face Christmas morning of course.

You Can Get The McDonald’s Fajita Chicken One Wrap (AND VEGGIE) For Just 99p Today!