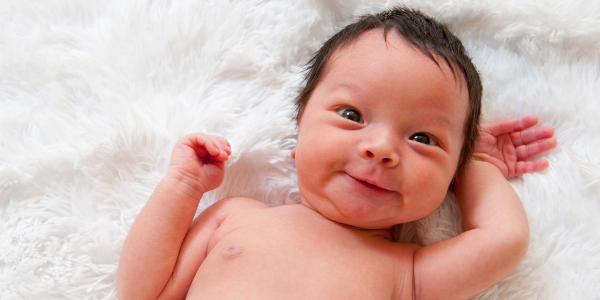 Are you due a January baby? Congratulations!

Just for fun, it's really interesting to look at fun facts about other January babies - birth stones, January flowers, celebrities born in January and Zodiac signs to name a few. Here are some interesting January baby facts for you all...

Zodiac sign: Capricorn until the 20th of January, and Aquarius for the remainder of January.

Zodiac traits: Calm in a crisis, with leadership qualities.

For those of you who are strugging to pick the perfect moniker for your incoming bundle of joy, why not go for a January-inspired baby name? We've searched high and low for the most adorable, beautiful, classical and modern names for you to pick from.

This one speaks for itself...

Latin for 'white', and a character in The Time Traveller's Wife, this is one of our favourites.

For the famous and beautiful winter bird we see a lot of in the UK.

Latin for 'one', and January is the first month of the year...

Also a Latin variation of 'new', as well as meaning the same in the Tswana language, this is a great choice.

A nice choice for anyone who has hopes for a better 2022!

A graceful tree that towers gloriously in some colder countries in the winter.

Latin for 'young goat', which is fitting for a little Capricorn baby!

Why not name your baby after the month? January Jones (actress) has fared well with her unusual name!

For babies born during a bout of bad weather!

Meaning 'she who brings happiness', this is very fitting for the new addition to your family who is arriving to bring you love and joy in 2022.

Norse for 'a new day' - an unusual and very Scandi-inspired name, we think.

Turkish for 'red sunrise'. This would be full of meaning for those of you with a baby born on a cold January morning.

Meaning 'happy and lucky', this name could be a positive omen for 2022.

The Northern Lights are stunning, especially in the winter months, and we think this is a gorgeous name for a January baby.