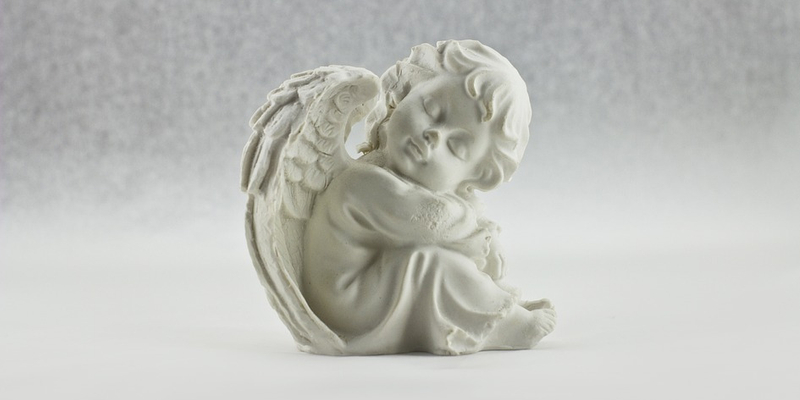 So going through one miscarriage was hard, but two had shaken my confidence slightly. Would I get pregnant again? Would I be able to carry another child full term?

The first one was in March at 9.5 weeks but the baby had died at 8.5 weeks. It was totally unexpected as we had a toddler and he had been my first and a perfectly healthy pregnancy so it hadn’t occurred to me that I would ever miscarry. We had just told our loved ones we were expecting, when the following day I started spotting and got incredibly bloated and then a few days after that I started bleeding properly and we kind of just knew. It was one of the most horrific experiences I’ve ever been through. I had a scan and was told there was no heartbeat and had to wait for it to come out. Luckily it came out that night so I didn’t need any further care, but when we held this tiny little perfectly formed foetus it really just stunned me how like a baby it was already. I didn’t expect that at all. It seemed it didn’t matter about the 12 week mark as as far as I was concerned this was my baby.

I think losing a baby later would be harder as I couldn’t imagine having a still birth and I use that thought to keep me positive and to think that it could have been worse and it was obviously not meant to be. I believe in positive thinking and try to believe that everything happens for a reason. Because we had already told people we were pregnant we were then forced to tell them we no longer were, and to be honest I found that easier than if I had had to hide it. When talking about it I found more and more people I knew had been through the same and it was a comfort to know I wasn’t alone. I would recommend someone going through a miscarriage to reach out to those closest to them and share how they are feeling. Just having someone to give you a hug and sit with you and let you talk about it really helped. We also bought a rose and buried the foetus in a pot under the rose as we felt that it gave us some closure. I couldn’t bear the thought of throwing it away or it getting flushed down the loo. I felt a bit like it was the circle of life and the baby was feeding the rose. We decided on a pot as if we ever move we can take it with us.

The second happened in June at 6.5 weeks and this time it was even more of a surprise and I think I felt more bitter about it as I felt that it was so unfair that it had happened again.

I found it harder to be positive the second time around, although I handled the actual miscarriage a lot better. As I had been through it before it was less traumatic but it did make me feel slightly cynical. We buried that one with the other under the rose bush.

I felt like there was less support second time round but I don’t know if that was just because I was feeling bitter and less emotional in myself so people thought I was ok because I was showing a tough exterior. I would say that to someone going through a miscarriage they need the same if not more support each time they go through it. I think people worry that they will say the wrong thing and they also feel a bit stunned that it’s happened again as they can’t tell you they’re sure everything will be ok next time and it just wasn’t meant to be because that’s what they said last time and it wasn’t. But I think not saying anything is even worse. Just a simple ‘I’m here to listen if you need to talk or rant or cry’ is enough.

You don’t need someone to offer advice or tell you they know how you feel (unless they actually do as they’ve been through it themselves) but just to be there.

You have to dig deep within yourself to find the strength to move on and I think there is only so much those around you can do to help. Being sympathetic but trying to keep things normal at the same time is difficult. You want to be able to just chat to friends and not feel this elephant is in the room, so what I found best was to let them know how I was and then change the subject. But if I wanted to come back and talk about it they just went with it and let me lead.

One thing that struck me was how little support my husband seemed to have. Being a man it was almost expected that he wouldn’t be as affected and that it was his wife that had lost a baby not that we had both lost a baby. I think both men and women need to be more aware of the fact that it takes two to make the baby and it’s both of you who suffer the loss. It’s ok for the woman to cry and still find it upsetting weeks later but the man is expected to get over it a lot quicker and move on.

We are currently pregnant and at 18 weeks and I am constantly on edge and checking for blood every time I go to the loo. You just can’t help it. Until this baby is in my arms I don’t think I will rest. Pregnancy is supposed to be such a happy and exciting time, but for me each experience has brought with it its own worry and stress. Hopefully as we move forward I can start to enjoy the
miracle growing inside me and begin to relax.

Written by Midnightmamaonline for our guide on handling baby loss sensitively – read it here.