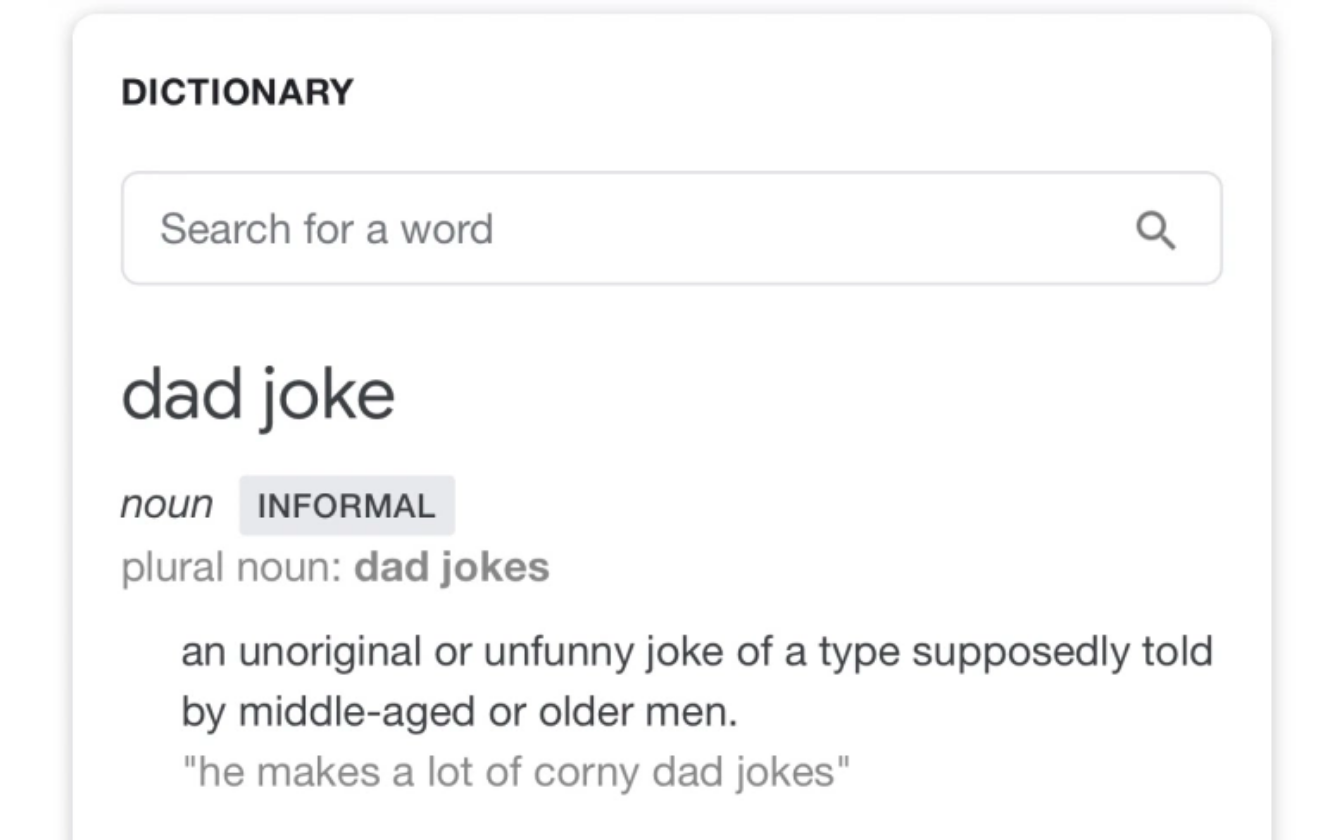 Dad jokes are they really a thing?

So when people think of bad jokes they think of dad jokes…why is this?

What made them be jokes that only your dad told? I think my jokes are quite good and make people laugh.l, but some of my jokes are very much “oh dear” response. According to Google Definition after typing in “define: Dad Jokes” comes up with the image below:

Ok this opens up another can of worms “middle-aged or older man” what is classed as middle aged? 50 years? 40 years? Because I’m 29 I feel that I am still cool enough (maybe in my eyes) that I can still tell a good joke. But because I’m a dad and they are getting worse are they classed as a “dad joke” but on further research is states that “a joke told by a dad to his kids that is indescribably cheesy or bad” well there I think you are mistaken because I think my jokes are bloody hilarious!

As you can see from the joke above, this would make me laugh for a solid 5 minutes. But Megs would just say “oh dear” and the kids would be straight faced and just carry on watching Duggy or Paw Patrol! So I just carry on laughing to myself. But if your a dad and tell “bad jokes” please carry on telling them, they are an art form of joke telling. Comedians have nothing on these jokes. You won’t sell out arenas but you will make yourself happy and the people around you will laugh not at your jokes but at you because they are terrible! Good work dad