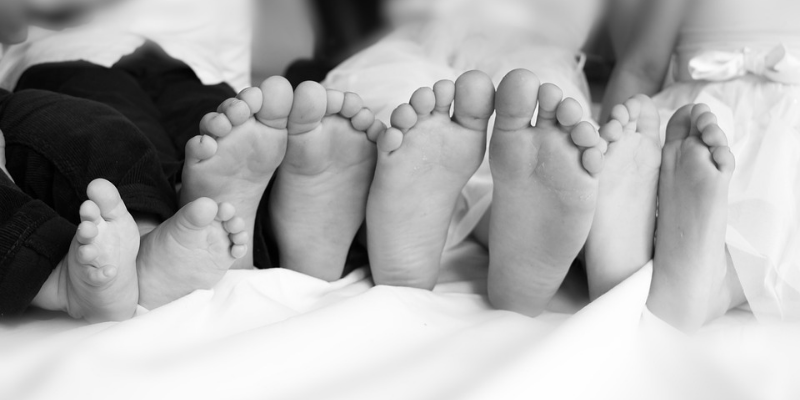 WHAT’S WORSE than toilet training a toddler and taking care of an eight-month-old baby with a cold?

Having a husband with a sore back, that’s what.

It all started last weekend. James went out in the car to get a few messages. At this point, with Jamie wanting to play at 6.00am every day and all the ‘fun’ of toilet training, Mum was probably wishing she was back at home with my Dad, who has been Skyping every day. The only thing keeping her from going home and getting a full night’s sleep was the fact Dad was making out he’s hoovering and cleaning the house in-between cooking and getting his work done. Which we all knew was total bollocks as the last time Mum went home, the house looked like it had been in some kind of nuclear holocaust. He sends photos of all his cooking (which he naturally scoffs!) but no photos of the hoovering, go figure!

So me, Mum, Jamie and Lily were just pottering about the house getting washing done and enjoying playing with the kids. A couple of hours passed and James appeared home walking like something out of Frankenstein.

“What happened?” I asked.

“I”ve no idea what happened”, James replied, “I felt a wee twinge in my back when I got into the car and it steady got worse and worse. I’m going to go upstairs to lie down and see if it goes away.”

“Ok, I’ll be up in a wee while.” I said and James went limping upstairs with Jamie hanging off his leg, not understanding why Daddy wasn’t playing. James shut the stair gate and Jamie went into meltdown as he wanted James to play. And then it began…

First sore back twinge, near death experience. Having to lie on the floor all afternoon to get over the drama of it all. Won’t take medication as he wants to suffer the pain of it all for a few hours before finally giving in.

Unable to move except going to the bathroom and lifting the iPad. No medication required and a bath apparently makes back pain worse according to Dr James Hargan.

Thankfully Mum took over with Jamie and was keeping him busy while I saw to Lily as she was a wee bit grumpy for some reason. Teeth maybe? Dad sent an email with photos of three Venison, Wild Boar & and Forest Mushroom pies he made. This happened while I was rustling up fish fingers, beans and chips for dinner.

4.30am and Lily wakes up crying. James is out cold snoring away. I settle Lily and get back into bed.

5.45am and Lily wakens again crying. I hear Mum and Jamie singing Old MacDonald. James is still out cold. I go through and settle Lily again and get back to bed.

10 minutes later, we are all downstairs apart from James who’s so ill, he needs to have a lie on.

10.00am. Me and Mum feel like we’ve done a days work already, with running Jamie back and forth to the toilet. I head upstairs with a cup of tea to James and he’s lying on the floor again groaning but managing to balance the iPad on his chest. A day without YouTube would be just unimaginable.

Severe back pain trauma. The bed made it worse. Now starting to contemplate taking painkillers. A bath still out of the question. Requires lots of rest, non-movement and watching crap on YouTube.

Feeling sorry for James but starting to worry that this might not go away in just a couple of days. It was looking as though he might be off work which is a disaster as James is not happy if he misses a day. Mum looks after the kids while I nip out for painkillers and make cups of tea and trail up and down the stairs. Lily is starting to show signs of a cold. Dad skypes Mum and shows her the salmon and spinach roulade he made last night in between all the washing he’s done and hoovering – what a man. Egg and chips for dinner tonight for us.

It’s serious now. Another awful night, even with painkillers. James had to get out of bed twice to relieve the pain.

Severe pain in the lower back. Medication not doing anything. Suggestion of a heat pack went down like a lead balloon as they don’t work according to Dr James Hargan. A bath still a definite no no. Grumpiness, lack of tolerance with anyone under the age of three and unable to walk downstairs and put the kettle on.

Lily now has a full-blown head cold and was up every couple of hours during the night unsettled. Mum running about after Jamie and trying to remember to do the toilet training – whilst keeping her good slippers clean after last week’s incident. Cooking, cleaning and general housework. Starting to lose patience with the man upstairs.

Another terrible night for James, he only got a full eight hours of sleep before the pain got too much. Now starting to contemplate using a heat pack. Rest and non-movement are no longer an option and he now needs to start exercising and walking, according to Dr James Hargan. A bath is still not an option.

Unbearable pain. Now able to walk downstairs but still unable to use the kettle. Moving about is starting to ease the pain – slightly.

Ready to kill James as I’m sick of him under my feet. Jamie and mum getting on well with the toilet training as mum’s slippers are still looking clean. Lily still sniffling but smiling! James lands home after being out for a two hour walk. He only made it to the top of the housing estate and spent the last hour and a half chatting to a neighbour. The 100-yard walk only made things worse. Self-diagnosed now as requiring more bed rest, tea and YouTube. Dad emails Mum a recipe for soup.

Seriously bad night. Only seven hours of uninterrupted sleep before the pain kicked in again. Painkillers, exercise and bed rest not working. Now starting to contemplate a bath.

Severe grumpiness, complaining, whinging and generally getting on my bloody nerves.

Ready for divorce. Lily doing much better. Jamie starting to show signs of wanting to go to the toilet. Mum is now starting to talk about needing a holiday after this. Mum was making Dad’s recipe for soup and starting to get peed off at Dad’s spice-laden instructions. I looked down at the recipe and noted that he says to chop the onions – rustically. At this point, I looked up at Mum who was wolfing down one of my ham sandwiches which was definitely made rustically!

Now on deaths door. Only five hours of uninterrupted sleep.

Sick of listening to James. Ran him a bath and demanded he get in it or to book a hotel room for the evening. Jamie shits on Mum’s slippers. Lily now on Calpol for head cold.

Great night’s sleep. Feeling much better. In denial that it was the bath that helped. Poured another bath.

Walking, able to use the kettle and showing signs of tolerance with under-three-year-olds.

Getting James lunch and work clothes ready for the morning. Dad emailed to say he cleaned out the fire, emptied the buckets, hoovered, put a wash on and rustled up a crepes suzette! Whatever the feck that is. And to make matters worse, he took a photo of it which showed the pan on top of the cooker in flames! Mum is now online booking a trip to the Maldives – by herself.

Back to normal. James away to work.

Slight back twinge but over the worst.

Lily feeling better. Mum’s slippers are washed and dried. I’m thinking of rustling up a crepes suzette tonight for after dinner.

“It’s alright for you”, Mum replied, “At least James is over his back issues, after I get home and see the utter tip my house is in, your Dad will have more than back problems to deal with!”