Home BBY Bloggers Down Syndrome. My journey with Harry’s diagnosis

Down Syndrome. My journey with Harry’s diagnosis

I’ll never forget the way I felt, the first time I heard those words in relation to my beautiful son. He was less than 24 hours old and already we feared we would lose him. The doctors sat us down and said ‘We think your baby has down syndrome.’ 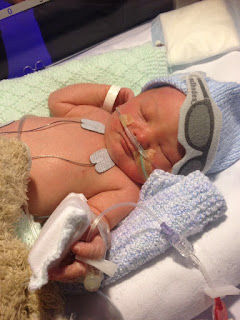 When I was pregnant I thought about what kind of mother I wanted to be. I wanted to be like those mums you see on Instagram and YouTube who totally have their shit together 24/7. I was going to have the perfect balance of home life and building my career and take perfect photos and wear perfect clothes and throw perfect parties with themes and colour schemes. The whole shebang was what I pictured in my head.

Hearing that my child was different, felt like none of that was possible. I felt like my child would be singled out and stared out in the streets and never be included in everything. Who would come to the perfect parties I planned? and how would he cope with the perfect activities I saw us doing in my head?

I soon learnt that Harry wouldn’t be the one stopping us from doing those things. I also learnt that the things I pictured in my head weren’t real life. No one’s life is that perfect. No one has their shit together 24/7. I certainly never will. Most of the time I’m a walking disaster.

That’s not to say that this journey has been easy. I didn’t tell anyone new I met about Harry’s diagnosis for around six months. I had friends I had made with children around the same age who had no clue because I didn’t want them to see him differently.

It’s not that I was ashamed. It’s that I didn’t know how to deal with their reactions. It’s stupid really because they were absolutely fine with it, they just wondered why I hadn’t told them sooner!

Harry’s health issues, especially as he is getting older, has probably been one of the hardest things I have ever had to deal with. There have been times when I think to myself  ‘i just can’t do this anymore’ but I’ve learnt that I am stronger than I ever knew.

Harry’s diagnosis has made me re-evaluate lot of things about myself, not just about the kind of parent I want to be, but the kind of person. The things I think when I see children who are slow and even the words and phrases I use in everyday life.

Being Harry’s mum has made me so much of a better person, as as much in the beginning as I was convinced his diagnosis was the end of the world. I know now, it was the beginning of a whole new one for me. A world of acceptance and fighting for that acceptance. It is a world of teaching others the way my little boy has taught me.

And honestly, I wouldn’t have it any other way.

Is This the New Birthday Party ‘Must-Have’?

The First Inkling of Autism

The Mummy Diaries – Entertaining Little ones in...

The Mummy Diaries – A Visit from the...