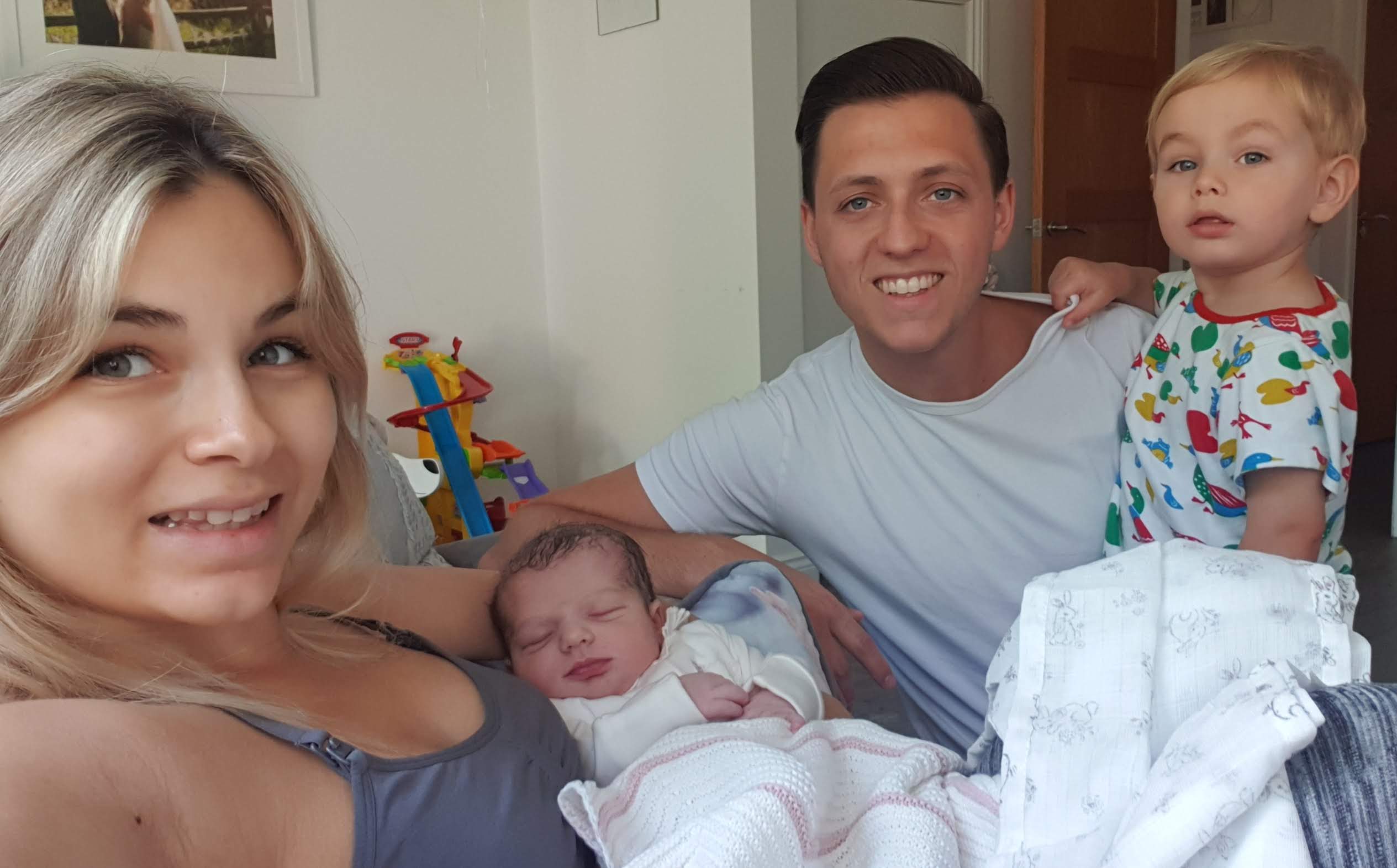 I would love to share my birth story with you. I have horrible pregnancies, suffering with Hyperemesis (Severe Pregnancy Sickness) and SPD (pelvis pain) so this is my last baby!

My first child was born in hospital 2 years ago, after a traumatic 26 hour labour with everything being out of my control and very stressful and scary. Baby came out very stressed and I needed stitches and was completely exhausted from the whole ordeal. After having him I honestly didn’t think I’d ever be able to go through that again! Fast forward 16 months and I’m pregnant with my second baby! This time I was determined that it would be different and decided from the beginning that I would be having a home birth.

I loved the idea of being in my own environment, not having to worry about when to leave for the hospital or what to pack! I also didn’t want to have to leave my 2 year old as I’d only ever left him once before.