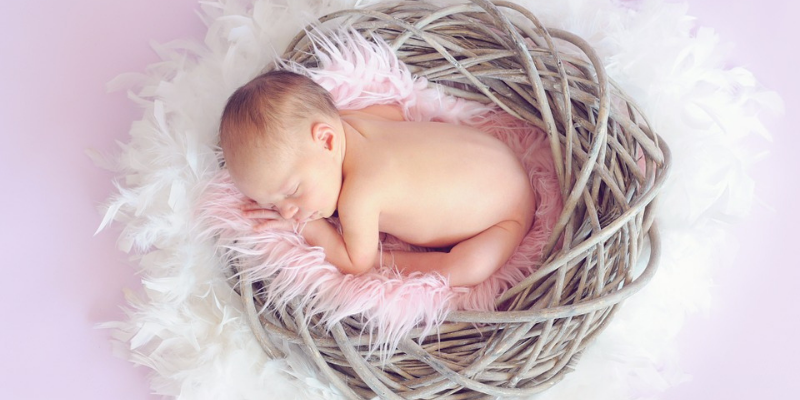 When I was pregnant and people asked me if I would be breastfeeding I’d just reply with “yes, I’ll give it a go.” It wasn’t something I gave much thought. I’d read bits of research about how breastfeeding builds up your babies immune system as you pass on all of your antibodies and I liked the sound of that. It didn’t cost a thing, came without the hassle of sterilising and had the added perk of it burning about 400-600 calories a day. Plus, it was natures intention, our bodies were built for this!

Don’t worry, I’m not going to preach about the benefits of breastfeeding any further. I know how rubbish it can make you feel when you’ve tried and failed at breastfeeding your baby.

At first things seemed to be going well; Bodhi latched on straight away and with some help from the midwives getting the positioning right he was feeding well. There was a little bit of discomfort but I’d been told to expect that for the first 2 weeks.

Early signs of breastfeeding not going too well are that the baby is losing too much/not gaining enough weight and a lack of wet nappies. Bodhi always maintained a healthy weight and for the first few weeks he must’ve got through at least 12 nappies a day; all poopy ones too!! Bodhi did however seem to feed constantly and I thought this meant that he wasn’t getting enough milk. No, this is just the start of the breastfeeding journey; constant feeding. Pretty much all day and all night.

I remember dashing to shower in between feeds, I would literally get a 10 minute break before Jack would bring Bodhi to me, inconsolable and gnawing at his fists wanting to be fed. This is how breastfeeding works though; you resign yourself to any freedom and you are just the comforting milk machine that your baby needs for the first few weeks. The advice you’re given is to lie on the sofa all day with your baby on you, have a Netflix series, some snacks and lots of water to hand because you’re not moving so you may as well relax. But I couldn’t relax. I was a week in and the pain of breastfeeding made me sit like the hunchback of Notre Dame every time I had to feed Bodhi with my toes digging into the ground, teeth clenched, tears rolling down my cheeks. I watched endless YouTube videos and read plenty of articles on the positions and techniques to get ‘the perfect latch’ which would mean pain free breastfeeding. I just couldn’t get it.

At a 2 week check up with the midwife I asked if she could check Bodhi for tongue tie as I kept reading that can sometimes be the culprit for problems with feeding. Sure enough Bodhi had it, feeling a sense of relief that this must’ve been the reason it was so painful I didn’t think twice about going to have it snipped a few days later.

Another week passed and things were no better, I’d seen a lactation consultant in that time which was a waste of time and money as she told me everything I already knew. I was lower than ever and I knew that people around me were concerned. I was so upset because the joy of my beautiful newborn was tainted with the anxiety I had over feeding him.

I began expressing my milk into bottles more. I’d expressed a bottle a day from when Bodhi was about a week old as I wanted Jack to be involved in feeding and because I preferred to have a bottle to hand when we were out in public as I didn’t have the confidence or the knack to feed discreetly! I was lucky that I could express quite easily but expressing in itself is a full time job! Bodhi would wake every 2 hours; I’d feed him, burp him, put him back to bed, then I’d be up another half an hour pumping knowing that the clock was ticking and I’d get maybe an hour sleep until the cycle would start again. I went with it though because there was no pain and it meant Bodhi could still have my milk. It was a relief to give Bodhi the bottle and I knew that for both mine and Bodhi’s wellbeing that I wouldn’t be going back to breastfeeding him. I started introducing a bottle of a formula a day from when Bodhi was about a month old and I gradually upped this and expressed less until at 7 weeks old Bodhi was solely on formula. I found with formula feeding that you can definitely have more of a routine to your day which gave me back some sanity and made me feel like my feet were on the ground and I was no longer spinning in the unpredictable world of being a first time mum. You know how much your baby is getting at each feed which is reassuring and helps the troubleshooting of ‘what’s wrong with him now?!’

I was and still am frustrated that breastfeeding wasn’t the natural, dreamy experience that I’d imagined. I was surrounded by other mums that had successfully breastfed and I felt inadequate and envious that I couldn’t do it too. Sometimes I still feel disappointed that I didn’t persevere, yet I know that I was becoming a stressed, nervous wreck and I worried that Bodhi would pick up on that from me which I didn’t want. The pain was ultimately the hardest thing to cope with and is what made me give in. I’d given birth on just co codamol so I’m sure I do have a high pain threshold. I’ll save you all the gory details but somebody else summed it up accurately when they said breastfeeding made their nipples look and feel as though somebody had got to them with a cheese grater. Yep.

The odd thing is that when the time comes and my next bubba comes along I will probably attempt to breastfeed again. I can almost hear the gasps and eye rolls from those closest to me! I know now to get tongue tie checked straight away before any damage and bad habits can be formed. It may be a completely different experience with another baby? I’ll give it a go because it sits right with me to try it again, I know myself and my limits and if it isn’t to be then I won’t force it at the cost of mine or my babies wellbeing. As they say; ‘happy mum, happy baby!’

Regardless of whether you opt to breastfeed or formula feed I will quote that cheesy line “fed is best”. It’s not about making anyone feel like they’re a better or worse mother based on their preference of how to feed their baby. Only you can decide what is best for you and your baby so don’t worry about what others have to say about it.

Written by Ashlee Britton for her blog, Ash The Mum.

About Ashlee Britton
Im Ashlee, a Bristol mum of two beautiful boys. Im finding my way through the fog of motherhood and documenting my journey on this blog. Ive found writing to be a great pit stop on the crazy ride that is motherhood, it allows me to process and offload and hopefully connect with other mums.