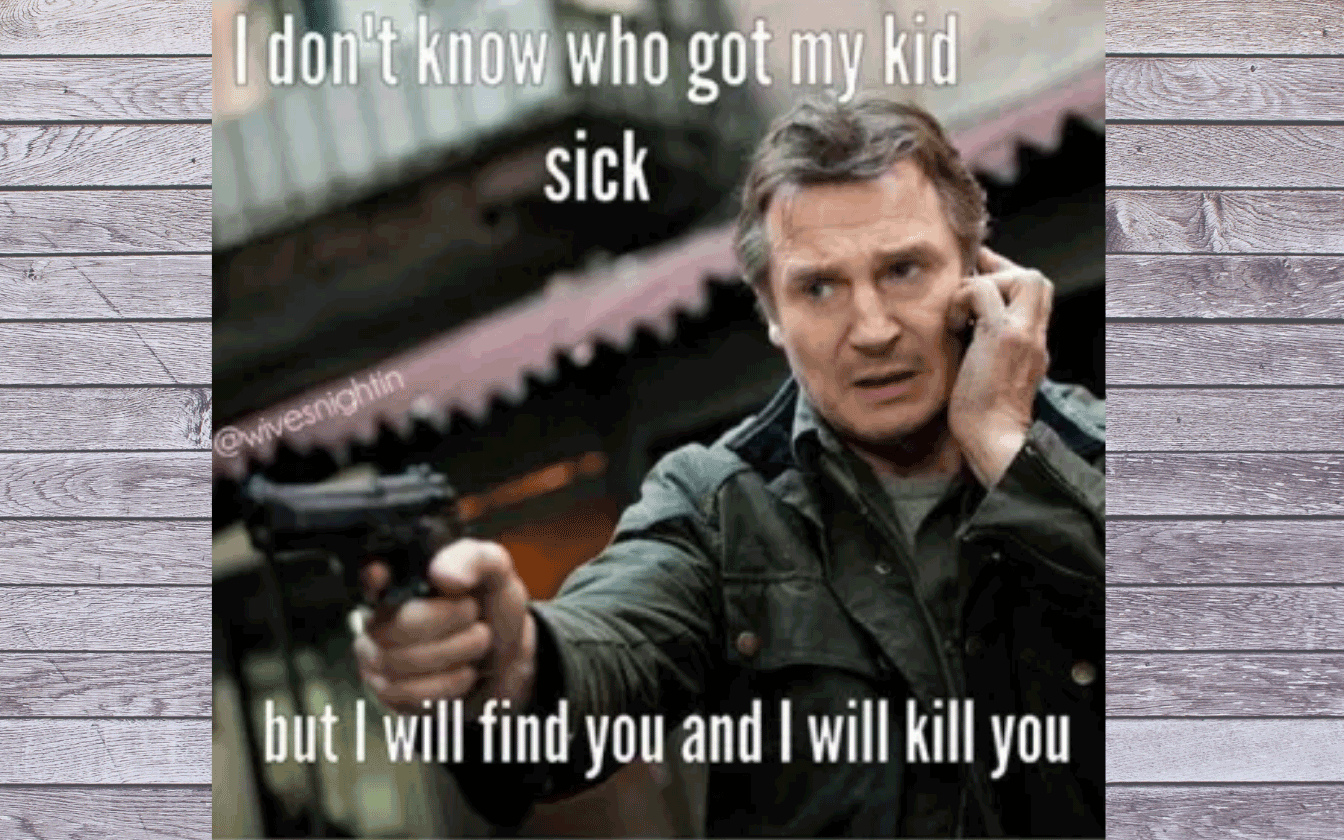 Welcoming in 2019 Megs and I were in bed by 10:30pm and already planning how the following few days will play out.

Let me rewind you to the 31st December 2018 when we was about to head over to a friends party/birthday. Fin starts by saying he doesn’t feel well, so we start doing the usual, take temperature and see what it is, asking him whats wrong is like asking a cat to speak, because you wont get a straight answer or I don’t know, which is handy if you’re a medical professional asking whats wrong but in the case of being a parent, you find yourself asking stupid questions or various mixed questions like “what hurts?” “point to you think is hurting?” then you start naming body parts; “is it your belly?” “how about your head?” then the answers are wonderful, all yes. Great kid thanks for helping me help you. (oh yeah if you ever have this issue then turn of all kids shows, because if paw patrol is on you are definitely not getting a right answer!)

So temp was good a little high for his age so you again do the usual thing and speak to the wife, shall we give him calpol and then see what happens, ring 101 and wait for some person to say “its going to be a 15 hour wait for a call back” so you just give the kid the calpol, the magical stuff your parents gave you for that sleep you always wanted, now I know why they gave it to me, for the exact reason I give it to my boys, obviously its to help them get better but so they can sleep and we can spend some time as adults together watching our crap on tv and without a small person calling my name or wanting to climb on me in the smallest of gaps on the entire sofa, which is my personal space.

New Years Day consisted of being bundled on the sofa with Fin watching his rubbish tv to make him focus on something else instead of feeling poorly. He becomes exactly like Megs when he is ill, just wants to sleep. But today was different, Jaxon woke up feeling rubbish, Megs woke up feeling rubbish and so did I. An entire family ill overnight, GREAT! This means one thing, PJs, medication and no going out into the world because we would be bothered but just didn’t want to deal with sick in the car. Which in it’s own right is a thing off of Texas chainsaw massacre. So back to the sofa, we are all on meds and the boys sleeping. This goes on for about a week, we are thinking surely it wont be much longer before the boys are better? Well Fin’s temperature went up quite high and this we could control by calpol and he isn’t eating much at all. The worst night was when we were all coughing, really hot and having two small babies in your bed who equally are portable mini radiators you don’t get much sleep.

From when Fin was younger would found a cool thing from Tesco called a calpol plug, this is basically vapour rub with calpol in a plug, that looks like a bug plug from holiday. They last all night and take about 15 minutes to get the room to optimum smell. But when you plug it in and go back downstairs shut the door, so when you go back upstairs and open it up reminds you of that time when you went to the gym and just used the steam room and oh yeah kidless. They are quite expensive around £7 but they help trust me. In the morning we decide to make the appointment for the doctors for fin because it has gone on longer then we wanted around 13 days. In our doctors you have to call up and they get the doctor to call you back to assess your symptoms either book to see them or just give the advice, don’t be silly with your cough and rest up. Suppose to stop wasted appointments and time for the doctors. Anyway go see the doctor get the antibiotics and now the fun begins.

Let me ask you a question, have you ever tried to give a 3 year old antibiotics? No, well its like trying to give any pet or animal you have ever had that tablet they don’t want. Failing that its like putting petrol in a diesel car, they stop working and malfunction. And yes it was the awful stuff you remember from when you was a kid, that rank yellow banana medication. To update its been over 2 weeks of illness and we are all getting better, Mummy and daddy are still trying to get better and the boys well they are just coughing the last little bit. But overall 2019 has been filled with illness just another 50 weeks to go and its 2020.

Written by The Hairy Father.