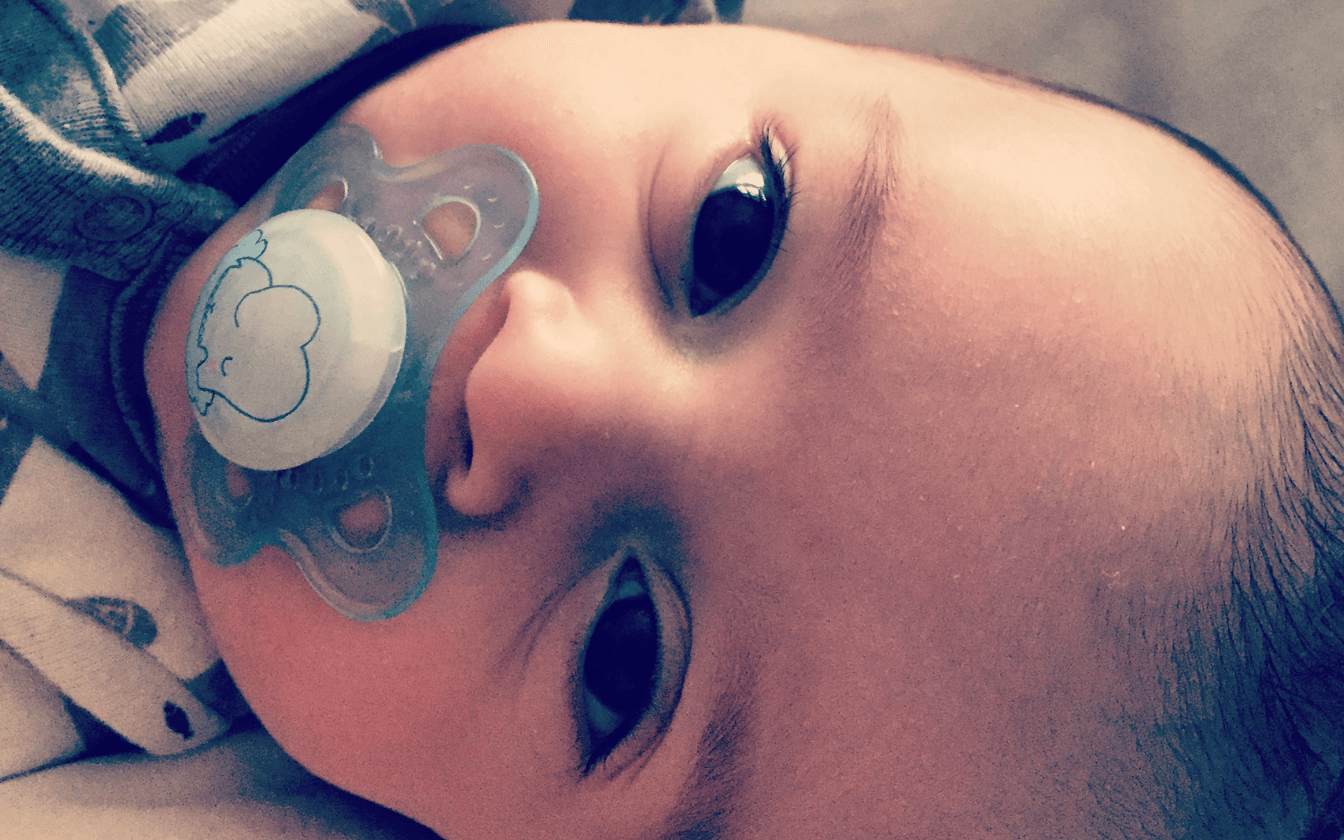 Losing The Dummy - For Good!

dummy noun (for baby, toddler and the way we are going – young adult)

a life-saving, sanity giving alternative to a mute button. Highly addictive and harder to kick than class-A drugs.

Harry was never one for cuddly toys, for blankies, for comforters or for his thumb. But, hell, he was mostly certainly one for a dummy. My beautiful baby boy was so perfect in every way but boy, did he have a set of lungs on him! I remember that first-time mum wide-eyed panic scanning websites encouraging you to leave introducing a dummy for four weeks, six weeks, two months… any advances on two months?! I think we cracked after about eleven days. When you’re battling with reflux and colic – you’ll do anything to help calm them. And help it did. But then came a whole new set of challenges we hadn’t even begun to predict. I welcome you to the Dummy Dramas.

The bond was immediate. The enthusiasm and hunger with which the dummy was embraced was not unlike my new-found approach to coffee. The fact the the dummy was practically the size of his newborn face just made it even more comical.

The first issue we came up against was little man’s inability to get the dummy in his own mouth. Looking at the child currently swinging on the bar of the running machine like a circus act, it’s hard to believe that only two and a bit years ago he did not have the hand-eye coordination to be able to lift something to his mouth. Therefore my primary roles as a new mother were, nappies, bottles, cuddles and dummy plugging.

Until the above was witnessed. There are many milestones you mark as a parent but nothing is so spectacular as the first time you observe your offspring lift his own dummy to his own mouth. The first few attempts are like a drunk with a whiskey shot – ‘oops, missed… oops, where’s my mouth gone… oops… nearly… there it is!’ First crawl? First steps? Why do they not have a milestone card for this monumental self-soothing success. My baby needs me no more – he can lift hand to mouth. Well, maybe I should stick around for all the other keeping him alive bits.

So he’d mastered the art of self-plugging the soother. But our next crisis was the slo-mo dummy drop. In those early days, sterilisation was everything. Surfaces were bleached. Floors were anti-bacced to within an inch of their life. Everything was scrubbed, gleaming and screamed clean (who am I kidding – we have cats, and a golf-playing, muddy husband – and I was far too knackered for deep-cleaning, but it was still an improvement on the present day).

But without doubt, the second you take your eye off the ball, the second you were out and about in the germ-ridden world, the little hand would open, the dummy would begin its slow descent to the grimy ground and you would leap, gazelle-like, to try and catch it.

I am no gazelle. Peter Shilton I am not (showing my age here – the most capped England player ever and arguably one of the best goalkeepers). You can bet your bottom dollar that the dummy hit the deck every time. Now here’s the controversial bit. I’m a firm believer in the nine second rule. I also believe that a bit of dirt never hurt anyone! So it was a quick once over in mummy’s mouth and plugged it straight back in. Not a sterilising wipe in sight. Bad mother? He never contracted scurvy and is fairly hardy so all good for immune system building in my mind.

The answer to this was to buy some dummy clips. These were immense. Clip ’em on and no more death-defying dives. Just to be sure, we’d attach about five of the things to him, especially on a car journey. Until he learnt to pull, and pull, and pull until the darned thing pinged off. I don’t know if you’ve ever been doing seventy mph on the M25 and been hit in the neck by a dummy with the velocity of a ballistic missile? Needless to say – the dummy clips had a fairly short life span with us!

Sometimes, one just ain’t enough! It doesn’t matter that they glow in the dark. When that little blighter falls out, you can be assured that you will be up and down more than Peter Rabbit’s bobtail. As he blindly fumbles in the dark for his gobstopper, the cries kick in and your sleep is not broken – it’s smashed to smithereens. After a pitiful plea on the local mums facebook group – many suggested the dummy sprinkle. This basically means creating a pile of dummies to rival a landfill site around your child to ensure whichever direction they roll, they’re going to land of one of the little suckers.

Still a technique we use to this day, the dummy sprinkle also became a full-on bomb site. Babies are smart cookies. They have got it so sussed. “I drop the dummy – someone rushes in to pick it up. I like this game!”

We’d read the story. We’d settled him. We’d soothed and shushed and stroked and insisted on sleep. We’d tiptoed out of his room and down the stairs, hoping for some rare time together and an episode of ‘Escape to the Country.’ Then… “thump…. thump… thump. We got used to the sound of gobstopping grenades hitting the floorboards and the plaintive wail of the mini-mastermind. Up the stairs. Plug them back in. Ten minutes later. “Thump… thump… thump” There goes another trio. Repeat until he’s too knackered to launch them over the bars in to enemy territory.

There was only one solution. We got tough. Throw it and you lose it my boy. He soon cottoned on that catapulting his comforter was a lose-lose situation if no one was coming to pick it up.

Now my mini-man is two and a half. And his addiction to the diddy (as he so calls them) has not lessened in the slightest. If anything, he now needs at least five on the go at any one time. But you just give him them at bedtime right? As you ask, no… they seem to be permanently plugging his mush. And no, it doesn’t make for insta-worthy images when he’s sucking on a soother like he’s drawing on a fag!

So what is the secret? How do I do it? When do I do it? Is it full cold-turkey or do I ease him off, gently gently? I hate the things. But I love them in equal measure for the tears they avert and the comfort they offer. There is a wealth of advice available from my friend and yours: google. Top tips include:

All of them worthy strategies. I just need to pull up my big girl pants, take a deep breath and go for it! But before I suffer the tantrums and tears and break up a very loving relationship – do any of you have suggestions for me? I bow down to those who have cracked the addiction – this is coming from the girl who sucked her thumb till she was ten years old.

Please – give a mumma some help! Before he gets his driving license I’d like him to have ditched the diddys! I look forward to hearing how it went for you and how you can help me. Yours – the Coffee and Chocolate addict.