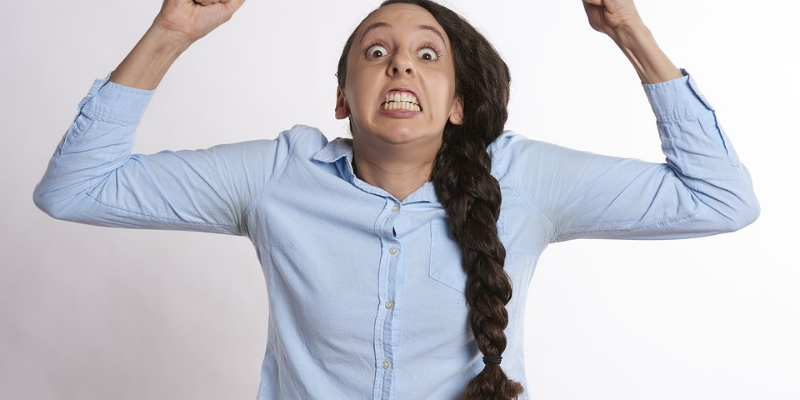 You’re mean, nasty and a fur coat short of Cruella Devil. But you’re not out to steal anyone’s puppies. You’re a Mum who’s running out of patience.

We all go through numerous, countless times in our lives where we lose our temper. It could be a small snap remark; your colleague is doing your head in and it’s only 9.03 am. You haven’t had your morning coffee and you’re tripping HARD. It could also be a long term build up of bitter, bitter frustration that amounts to a spectacular outburst to the person at the receiving end. Usually someone close to you. I’m pretty sure everyone can relate to that. But when you’re a mum, all of that gets forgotten. Suddenly everyone is a spectator of your sport while you are prowling up and down in your enclosure. The ‘Angry Mum Museum’ is indeed open for all to see.

Before I get a torrent of crappy comments, I’d like to distinguish between letting off some steam verbally (appropriately, of course) and full on child abuse- hitting your child etc. This seems like a HUGE bridge to gap but people can be very quick to stick labels on things where they needn’t be. There have been numerous times at baby groups, shopping malls etc where I’ve seen Mothers losing their tempers with their children and you can actually cut the silence with a pair of scissors as people all around take a ‘moral’ high ground. I recently heard a Mum in an Asda car park screaming her head off at one of her children in the car. I judged immediately- how inappropriate, how could she?! But then I thought about bringing a Ford Galaxy full of kids to the supermarket on my own and I wanted to sit in the corner and cry. You’d sooner catch me hiding in the store cafe. Anyway, the point I was trying to make was on the ‘Heads’ side of things was an angry mum unnecessary losing her **** with her kids, and the ‘Tails’ of the situation was a poor woman with no control over at least six children in a car.

I have spent 25 years getting to know myself, and I know more than anything else that I have a fast fuse. I’m hot-headed- in a ‘British’ way and suffer with chronic impatience. Managing a class and dealing with kids in school was a whole different kettle of fish- you’d put your professional face on and keep your opinions to yourself. When it’s your own toddler who you’re with for the better part of 24/7 it’s tricky. Simply because I’m being myself the whole time.

I feel a huge sense of guilt when I feel like I’m losing my patience. It is almost definitely never my daughter’s fault, but she sure knows how to push my buttons.

What no literature, only family members can tell you is that it would be weird and unnatural not to feel frustrated with your child at times. That’s because people are so quick to parent shame as soon as that smile turns upside down that it’s almost become a taboo.

On one of my more hormonal days I read a blog from a ‘Mom’ in America. She was honest enough to say that she was not naturally maternal and was never a ‘kid’ person until she had her own. She said that she had to work on her patience after the kids almost had her in tears at bedtime. This was probably the first honest blog piece I’d seen about dealing with ‘anger’.

We are all people with different personalities and undesirable traits. When we have children we don’t magically transform into Mother Theresa. The journey to patience is a long, dusty road for most of us and some of us will never get there. But at least we tried.

Written by Bryony Bathie for her blog, Mini Mummy.