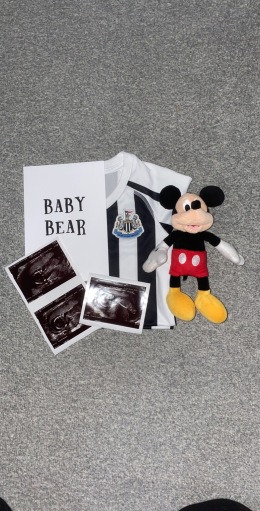 MY PREGNANCY AND BIRTH STORY: THE FINAL CHAPTER (PART ONE)

FINDING OUT I WAS PREGNANT…

I knew that Max would be trouble from the moment I found out I was pregnant. I mean, finding out you are pregnant at the start of a pandemic is not ideal, but to then suffer bleeding and be told that you have had a miscarriage makes it even harder. “A miscarriage? But you have had your baby?” I hear you say… you are right! This was the exact moment I knew that he was going to be trouble from start to finish!

Not long after I found out I was pregnant, I started bleeding – I knew instantly what was happening having experienced two miscarriages before. I went to the hospital – alone because of Covid – where they confirmed that I was having a miscarriage. I returned home and we began the process of grieving our little baby that we never got to meet. BUT, a few weeks later I was still getting pregnancy symptoms – I was nauseous, and extremely tired all of the time, so Allen suggested going back to the hospital just to get checked over. Sat in the hospital room, getting a scan, never did I think that there would still be a little baby growing in my tummy! Yep, there he was – wriggling away! I still don’t have the answers, but they said it might have been twins and unfortunately one wasn’t viable.

I couldn’t believe it, I just kept asking if it was real and I wasn’t imagining it – you can imagine Allen’s face when I told him! We were both so confused, but so overjoyed that our little baby was actually okay! The day after we managed to book in a private scan just to double check as we couldn’t believe it. Unfortunately due to Covid I had to go to the scan alone, but sure enough on the screen was our baby wriggling around! I still couldn’t believe that this was actually happening. 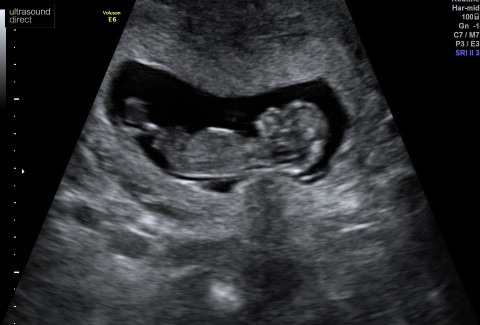 We were still in a complete state of shock to even be told that we still had a little baby growing in my tummy! But equally absolutely over the moon. I promised myself in my head that no matter what I faced during this pregnancy I would definitely be making the most of it as this bundle of joy is definitely our last!

We broke the news to the girls that they were going to have a little brother or sister, and they were both absolutely buzzing! Straight away Mia was adamant that she was having a baby brother and wanted to call him Kristoff, Millie on the other hand wanted a baby sister and was going to call her “baby”. We were all absolutely buzzing and had the biggest smiles on our faces. 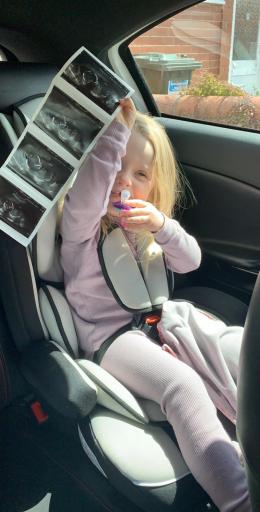 BEING PREGNANT DURING A PANDEMIC

It was definitely never the plan to be pregnant during a worldwide pandemic. It was very tough, but luckily this wasn’t our first baby so although it wasn’t nice to have to go to every appointment alone, we sort of knew what to expect so just got on with it. Having said that though, I can’t even begin to imagine what first time mums and dads went through during their first pregnancy and birth of their first child – mums to be having to attend all appointments alone including antenatal appointments and scans, the type of appointments were you need a pillar of support with you whether they are to go well or not!

Having experienced two miscarriages before Mia, and also at the start of this pregnancy I have always been super anxious going for antenatal appointments and scans, so personally for me having to go there without Allen was really tough! Although most of my appointments were straight forward there were two times when I really needed Allen by my side. The first was finding out the sex of the baby, and the second was being sent for an emergency growth scan! 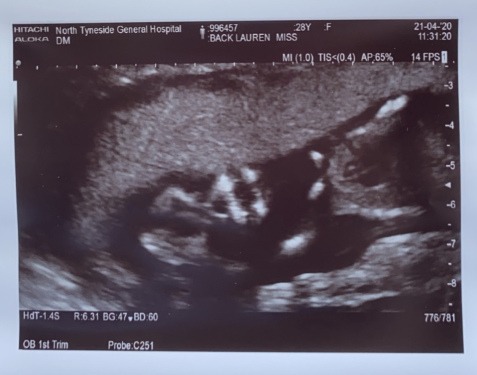 This was one of the appointments that I was even more gutted that Allen wasn’t allowed to. I was 17 weeks and it was our first scan after our private scan due to finding out late and delays due to Coronavirus. When I went for the scan, the Sonographer told me that she could tell me the sex if I wanted to find out. Finding out the sex of your baby by yourself is super hard! I asked the midwife to write it down but she told me that she wasn’t allowed due to “Covid”. Obviously we wanted to know, so I asked her to tell me. I rang Allen after my appointment to let him know I was finished so he could come to reception to pick me up, and I was just bursting to tell him the news!

Having two girls already, I think if we were told it was another girl Allen would pack his bags! All jokes aside, I nearly burst with excitement waiting for Allen to get to me. I got in the car with the biggest smile on my face and the first thing he said was “did you find out?”. OF COURSE I DID! I told him to guess, and he said a girl… and when I said no it took a while for it to click. Eventually he looked at me and said “are you joking?”. It took some convincing but eventually he believed me.

He had the biggest smile on his face. We took a drive along the coast and for a good 5 minutes he had all the windows down, beeping his horn, arm out the window shouting “I’M HAVING A BOY!’.

We were both absolutely buzzing, a perfect little boy to complete our family!

How we announced it 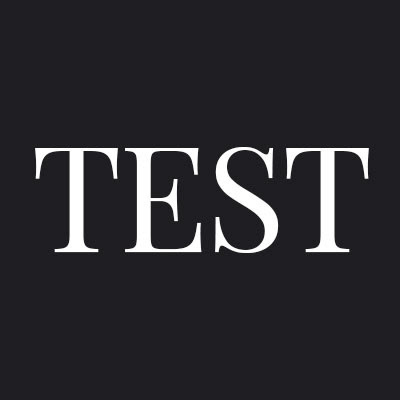 About Lauren Back
My name is Lauren, a full time working mummy to to two beautiful girls, Mia (2 and a half) and Millie (1). I try to blog about real, honest parenting and our day to day lives and experiences. I also try to show unfiltered insights in to juggling working full time with two babies with only an 18 month gap between them!