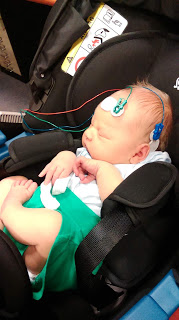 Non-parents will be justifiably forgiven for avoiding conversation about babies with those who have children.  Under the circumstances this has to be the most boring topic imaginable, and, non-parents, you have my sympathy!

But the problem is, parents love to talk about their children – a fact which does have benefits in social situations.  Two parents meeting each other for the first time don’t have to have anything in common – they can just talk about babies! The thing about becoming a new parent is that when you get together with other parents the conversation will inevitably graduate into a discussion about the contents of nappies, potties, toilets and our tried-and-tested tactics and experience of the same.  In other words, and not necessarily meaning to, you end up talking about poo.  This is a known fact.

As a new parent, daily experience with poo is unavoidable.  A friend recently told me she’d reached an all-time low of motherhood through catching her potty-training toddler’s poo in her hand.  A not uncommon experience I am sure.  Being a mummy to two under three I am no stranger to such joys, and sometimes feel like my boys are tag-teaming me with nappies, as well as time-consuming (and often fruitless) trips to the toilet.  So, when my 2 yr-old recently produced a huge poo that a grown-up would have been proud of in his potty, the obvious thing for me to do was to take a picture of it and send it to my husband (who was away on business) through the medium of What’s App (don’t worry, I haven’t included it here!).  It is no wonder that I have recently begun thinking that as a mumpreneur if I made as many sales as I changed nappies on a daily basis, then I would be the undisputed manager of a successful business (let alone any equations relating to volume!).  A good day in the office can be defined by many things.  Except my office is the bathroom, the changing table is my workstation and the nappy bucket is my outbox!  I do have two very satisfied customers though. 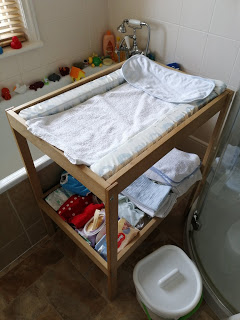 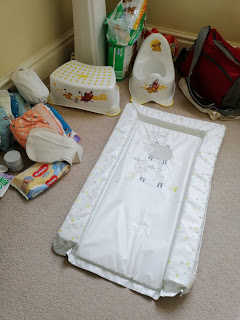 I am reminded in no uncertain terms that I am first and foremost a mum, and that if there’s any time left over I might get around to doing some other things as well.  Maybe.  As I’m sure many other working mums and mumpreneurs will understand, I swing regularly between being excited and amazed by all of my business achievements and feeling frustrated by my lack of progress (see previous blog The Pregnancy/Productivity Axis). Setting up Cosycat Baby Gifts was inspired by my children (or child as it was at the time) – parents don’t just like to talk about their children!  They obsess over them in other inventive ways too.

In a decision which in part redresses some of the balance my toddler now goes to nursery two days a week and as his parent I am kept informed of his movements (literally!) through the medium of a most excellent phone app.  The app notifies me of meals (what he’s eaten and how much), sleeps (when and for how long) and you guessed it – nappies! Imagine my surprise on the first day at receiving a “Nappy Published” notification.  I was deeply amused on investigating further to find details of said nappy (soiled!) along with (even funnier) a comments box for parents.

I was struggling to think what this might be used for other than a polite “thank you” but by the end of the day and several nappies later I was seriously tempted to reply with something along the lines of “rather you than me!” or even “HA HA!”I am reminded in no uncertain terms that I am first and foremost a mum, and that if there’s any time left over I might get around to doing some other things as well.  Maybe.  As I’m sure many other working mums and mumpreneurs will understand, I swing regularly between being excited and amazed by all of my business achievements and feeling frustrated by my lack of progress (see previous blog The Pregnancy/Productivity Axis). Setting up Cosycat Baby Gifts was inspired by my children (or child as it was at the time) – parents don’t just like to talk about their children!  They obsess over them in other inventive ways too.

It isn’t always just the parents that end up talking about the contents of nappies.  I was out and about the other day when the call of nature struck with baby number 2.  Baby changing consisted of a bench in a communal changing area and I ended up having a conversation with someone else’s toddler, which started matter-of-factly with the toddler asking, “has that baby done a big stinky poo?”  “Yes, he has” was my reply before the toddler went on to tell me about a big stinky poo he did the previous night, much to his mum’s embarrassment.  We then went on to compare notes on potty training (as one does with a total stranger!).

You know you’ve entered a certain stage of life when you find yourself leaning over to your husband in bed to tell him that #Aldi have got potties on Special Buy from next Thursday.  And it doesn’t stop there.  “Is that a breastfeeding hoodie?”  I asked of one of my mummy friends recently, before adding, “I thought I could see your flaps.”  Not a conversation to walk into half way through!  The link between breastfeeding and nappies isn’t an obvious one, but stay with me, as it leads me on to a necessary rant on the subject of changing facilities.  And the rant will be entitled thus: Family Baby Changing Rooms With No Toilets.  We have all come across this irritating phenomenon – a fully-equipped baby changing room with sink and often a feeding chair as well, possibly even with a microwave for bottles, but no toilet for parents, which begs the question, what are we supposed to do?

I found myself in this very situation on a recent trip to a shopping centre, and was at the time carrying baby number 2 in a sling.  The facilities for changing him were great, but, you guessed it, comprised no adult toilet.  Following his satisfactory nappy change, baby wanted a refill, so I put him back into the sling for some mummy milk on the go, by which time I really needed to go, so had no choice but to take feeding baby into the ladies’.  So far so good, until I realised that the rhythmic grunting of the satisfied baby suckling away would most certainly be audible to the person in the cubicle next to me.  Without context this would have sounded completely wrong.  It leaves me to wonder whether there’s another observational blog out there written by the person that heard what they would have assumed to be me, entitled Things Heard in Toilets.  Oh dear!

The embarrassment here is equalled only by those times when your baby burps or farts loudly in public and you really hope people don’t think it was you.  This happened to me in the local registry office when registering baby number 2’s birth which led to me exclaiming “that was him, not me!” spontaneously to the unsuspecting stranger present at the time.  I had a similar mortifying experience two years earlier with baby number 1 in the audiology department of our local hospital, during a hearing test at the tender age of just four days.  Slumbering away in his car seat, he made the loudest most disgusting poo/fart noise during a quiet part of the consultation.  All I could think to say at the time was “sorry!” like it had been me!  The audiologist (poor man!) asked if that was normal for him, to which I replied “he’s only four days old.  I have no idea.”  If only I had known that it was very much normal for him, and would become very much a part of daily life, and daily conversation with other parents, for years to come.

Written by Aimee Flower for her blog, Diary of a Mumpreneur.