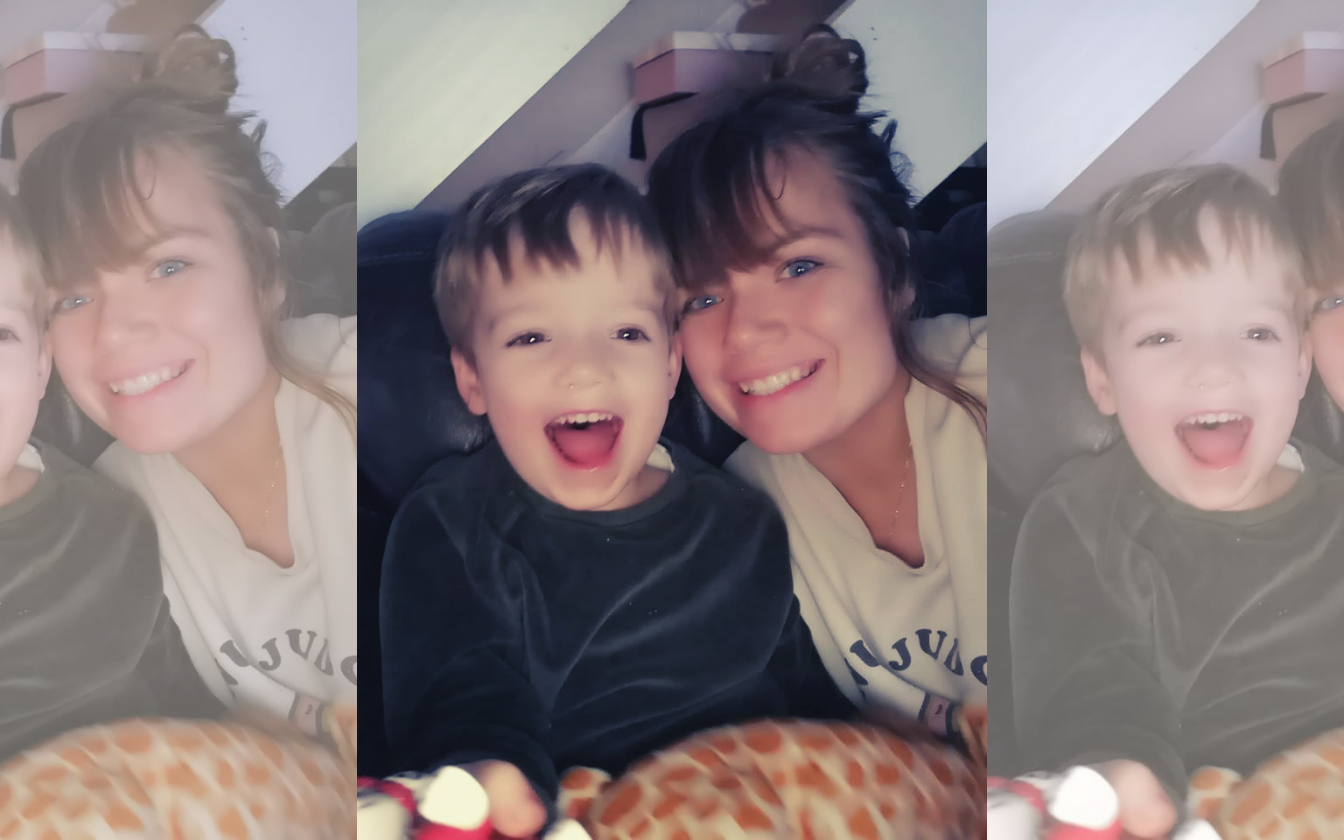 It’s so easy to get frustrated and annoyed.

When I was picking Oscar up from nursery, he ran out without his bag. We had to find his bag on his peg, I popped it on his back and we started the walk to the car. Eden was in the sling, but in my hurry I’d put it on wrong – so was basically carrying her with one hand and dragging Oscar with the other; he was crying “I want a go.” But I was hurrying to the car, to miss the traffic, my arm was hurting holding Eden and his whining was winding me up because I didn’t know what he wanted a go of? I didn’t even ask… because he was PROBABLY just crying because he was tired from school.

I got Eden in the car and he was stood there in floods of tears, “I want a go”

Turns out he just wanted to show me, his mommy, how he could put his backpack on all by himself, he did it and I watched as I saw the traffic out the corner of my eye build and build. He stood there SO PROUD.

I got him in the car and gave him YouTube on my phone, we’re stuck in horrific school traffic and he clicks off YouTube, can’t get back on,and again is in floods of tears.

“You’ll have to wait til we get home Oscar!” I tell him frustrated that he can’t just chill out for the journey home.

We got home and I asked him what he wants for tea.

“No babe,you can’t have bread… you can have toast with beans.” I say…

And that’s when it hit me, why can’t he have bread? He’s so upset from spending a day being told to shhhh! Sit still! Be quiet! No you can’t! So why am I going to do the same ? A little person who’s been on the earth only three years tired and frustrated from a day at school,rushed around and he just wants to do the simplest of things.

So he had the bread… And then a banana, and I chased him around with a banana skin octopus, and I tickled him and I didn’t tell him to “shhhh” as he shrieked with joy.., and I didn’t ask him to stop whilst he threw his banana skin at me in an octopus attack and THEN… for afters… we had magic stars and a cuddle and I told myself, this is what being a mama is about. It’s about letting off steam, it’s not about sitting quietly whilst I enjoy a cuppa tea on Facebook. It’s not about him getting to the car quickly to beat the traffic. And it’s so so easy to think that’s what matters sometimes, but what matters is a happy child, and a happy child makes a happy mama.

And though it’s little to us, it’s big to them.

It could of gone on and on, I could’ve made a dinner that he wouldn’t eat, I’d have punished him for not eating his dinner, he’d have cried, I’d have got cross, I’d have wondered what I did to deserve such a difficult evening, but in actual fact it should be my son wondering why he had such a difficult mama. He told me what he wanted, and once I listened – everything was better.