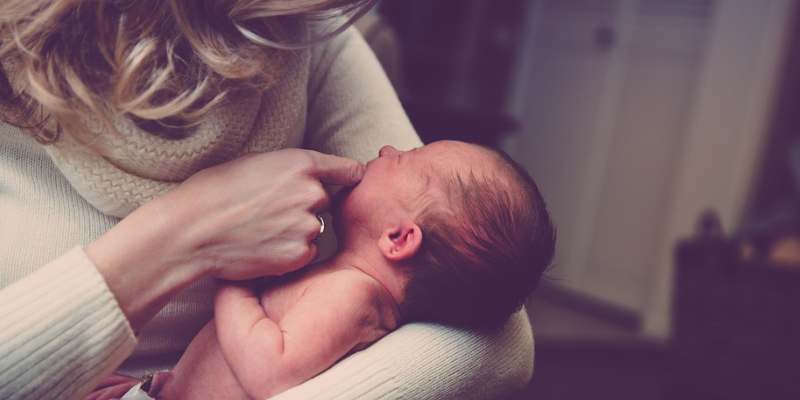 SHE’S HERE at last! What a week it has been. A planned C-Section? There’s no such thing. So much for the relaxing and calm experience it was to be. All I can say is it was anything but calm and relaxing but the end result was worth every second.

Wednesday finally arrived. The day I was meant to be going into the hospital at 4.00pm to be checked in, get final bloods, scans etc done that evening before I was to be taken first for surgery in the morning. The day was going well, I was nervous, but I think we were more excited than anything else. Two hours before I was due up at the hospital, my phone rings. It was one of the midwives from the hospital ringing to let me know that unfortunately, due to emergencies and the doctors overbooking (!), that my section was no longer happening tomorrow and that they would reschedule the surgery.

I was devastated. I had built myself up to be going into hospital and my parents were over to look after Jamie. Fortunately, the nurse asked how I was feeling and went through a checklist of questions. By this stage, my ankles and hands were quite swollen, which I mentioned. The nurse advised that I come up to the hospital at 4.00pm anyway to get checked over and to bring my bags with me, just in case.

As was originally planned, my dad ran me to the hospital and sat in the waiting room while I was taken into the maternity assessment room. They did the usual checks and put the baby monitor on to check the heartbeat and that all was well. After about half an hour, the nurse asked me if I was having any pains and I did say that I had been feeling Braxton Hicks the last day or so but then the pains subsided whenever I walked about or moved. I couldn’t believe it when she told me that I was actually having contractions!

Having already come to terms with the fact that my section wasn’t happening a couple of hours previously I was now being told that not only would I be having the section in the morning – but I might even need to be taken as an emergency during the night depending on what happens. If my blood pressure wasn’t up at this point, it never would be.

While I was taken to the maternity ward my dad went out to the car to get my bags and get me admitted properly into the hospital. I thought I was looking young and refreshed until the nurse asked me if my husband had gone to get my bags. I replied, ‘He’s my Dad!! Hubby James was coming up to the hospital to spend the evening with me and arrived just as Dad was leaving. Probably just as well as I was starting to freak out slightly as I hadn’t prepared myself for going into labour before the surgery!

The nurses were fantastic and did their rounds and checks on the hour. As I didn’t seem to be progressing any further, they said to James to go home and rest and if he doesn’t get a phone call during the night, to come back in at 9am in the morning. I don’t know who can sleep in a hospital. If the nerves of the pending surgery don’t keep you awake, it’s the snoring, the alarms, the heat, the lights and the women in the next bed shouting on Agnes half the night!.Whoever Agnes was! I eventually fell asleep after looking at the clock at 6.55 before breakfast arrived at 7am. So a whole 5 minutes more than I thought I’d get.

James arrived at 9.00am after telling me that my Mum had made the best bacon sandwich for him he’d ever had – this was while I was fasting since midnight in case I had to go to theatre. This information went down like a lead balloon seeing as I was starving. Of course, I got the usual response of, “it’s just hormones pet, it’s nearly over now.” I did actually wonder if it was possible to get a divorce in the two hours before I had the baby? His only saving grace was that he was super excited and knew that I was nervous, so was trying to take my mind off what was about to happen by just driving me up the wall!

Just in time before I was about to file for divorce, the nurses came in and said, “right, you’re next!” I just didn’t have time to think about it and before I knew it, I was sat on the table in the theatre. James was then ushered in and the surgery had started.

Our little sugar baby, Lily Hargan was born on the 14th June 2018 at 1.10pm weighing in 8lb 12oz’s. Just perfect. Thankfully, no issues with the Gestational Diabetes, we are both in the clear now. She has the most beautiful dark blue eyes and a full head of dark brown hair. My mum showed us a photo of me when I was just born and she looks just like me!

A beautiful little princess to join our family.