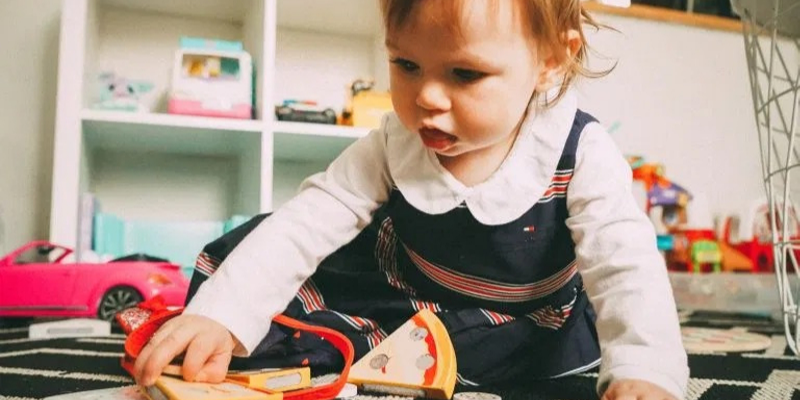 If you know, you know.

Of course I’m talking about CBeebies’ The Baby Club. There is something about this programme that captivates both my 4 year old and 1 year old. Everything stops for The Baby Club. They can be immersed in play or a packet of Pom-Bears, but as soon as they hear the theme tune to The Baby Club, it immediately commands their attention. I have no idea what kind of sorcery it is, but I suspect the attraction is something to do with the fact that CBeebies’ The Baby Club is the baby club of dreams. It’s the kind of club that babies would aspire to join – if babies could aspire to join a club, that is.

Now, I wouldn’t call myself a baby club aficionado, but it has to be said that having had two children, I’ve been to quite a few baby groups in my time. Our experiences have so far been mostly positive, although I wouldn’t be telling the whole story if I didn’t mention our very first visit to a local toddler group where we witnessed a biting incident, swiftly followed by a full on expletive-riddled slanging match between a couple of parents, and the consequential barring of one very irate mother.

Yes, she was barred.

From a toddler group.

Of course, that was quite extreme, and most of the groups we’ve attended have been much more sedate. But, getting back to the topic, as a regular attendee at baby and toddler groups for the past 4 and a bit years, I’ve yet to come across anything quite like The Baby Club. And here’s why:

1. Everything at The Baby Club is just so clean

There is no dirt in The Baby Club. There are no soggy pieces of rice cracker lodged in the toys. No one is ever seen frantically scrubbing the rug (or themselves) with a wipe or a muslin because their baby has brought up their morning milk. There is no need to quietly panic as you watch your baby lift a rattle to their mouth in what feels like slow motion, potentially condemning you to a fortnight of family illness. And that is because everything will have been sterilised clean at The Baby Club.

Nope, there is no dirt and there are no germs in The Baby Club.  You can leave your Milton wipes at home.

2. The babies are well behaved

None of the babies protest at story time when the group leaders pick the most uninspiring book off the shelf. Despite all the appealing and colourful books, the group leaders are consistently drawn to the most boring looking books with either a stick, a sponge, or some other mundane household object on the cover. But still, no one complains.

Because everyone is simply happy and content in The Baby Club.

Ok, sometimes there’s a token latecomer who strolls in casually a couple of minutes after The Baby Club has started, but that’s not what I mean by late. By late, I’m not talking ‘casual’ late, I’m talking ‘running with your hair stuck to your red sweaty face, changing bag swinging around your neck and baby in rugby ball hold’ late. Because we’ve all done it (well, I’ve done it), and it’s a normal part of attending a baby club (well, for me). But at The Baby Club, even the latecomers are serene.

Nope, there is no stress or panic in The Baby Club.

Now I have paid close attention to this and can confidently state that no one attends The Baby Club wearing a sick or food stained jumper. I’d even go so far as to say that some of the parents appear to have made an effort before leaving the house. Some have possibly called in at the hairdressers en route.

I’m not saying that those of us who attend baby groups don’t take pride in our appearance. I’m just saying it’s a big ask to get to mid-morning without a smattering of Dairylea or Weetabix on your jeans.

5. The group leaders can sing

No one expects the leader of any baby group to be a perfect singer, but it helps if they’re not painful to listen to. There’s nothing quite like having to listen to ‘Old MacDonald’ being screeched at high volume by a tone deaf group leader who thinks that the louder, the better.

The singing in The Baby Club is tolerable.

Because of course it would be.

Because it’s the Baby Club.

Do your little ones enjoy CBeebies’ The Baby Club? Have you noticed any differences between The Baby Club and the groups you attend with your children? Of course you have! Tell me all about them in the comments.