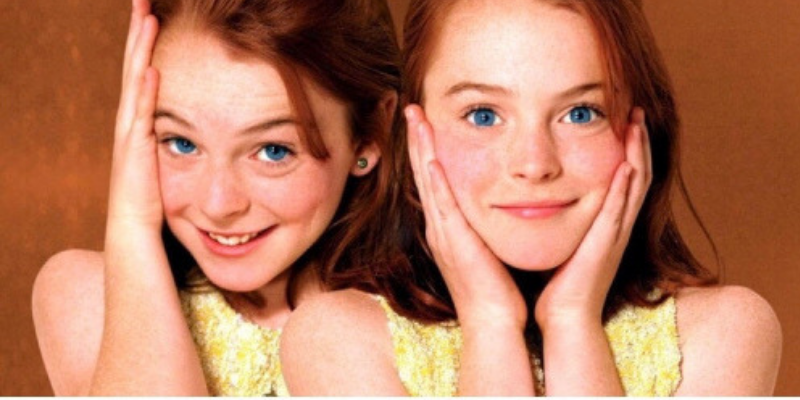 The Parent Trap….classic film!! Love it but I’m not taking about the twins that trapped their parents…I’m talking about the competitive parent trap, the one we trap ourselves in as parents…using our own children as baie to fulfil our own egos without even realising.

We have all done it or thought it at some point surely even if some won’t admit it…? No? Well I have and I know some of my friends have sometimes felt the same.

There are many articles, blogs written about this…it’s exactly as it sounds…and funnily enough it has nothing to do with your child….it’s a trap for parents! A competition that can never be won or lost!…never thought you would fall for this…even the most level headed of parents can get sucked into its vacuum of never ending relentless of trying to prove your child is ‘the best’….but who you trying to prove it to? Of course your child is the best….to you….

…how can your kids even compete when they are completely different and unique to one another? ….how can you stay sane and not get sucked into the bullshit phenomenon.

when you are a first time parent you have never done it before so you are going to have to wing it like the rest of us and yes whatever some parents may make you believe, there will come a time of self doubt. Naturally, you compare your child perhaps to others of a similar age to reassure yourself that your kid is ‘normal’ (whatever that means). It’s great when it comes from a place of support but sometimes you ever feel like it ain’t?!….

We all meet mums like this and we may even come across this way to others without realising…the important thing is to remember that you cant change these types and you can’t react to everything someone says. Instead of looking outwardly, look inside yourself…are you doing your best? Are you raising your children as you see fit? Are you doing what you can according to you and your needs and personality?…if yes then you are doing things right. You are doing what is best for you and your children and that’s all that matters. Just ignore all the stuff that doesn’t help you, let it go….it says more about them than you…

One time I was chatting with a girl who had a little boy the same age as Freddie. She saw I was feeding him some Ella’s kitchen breadstick type snacks…she happened to comment that her little boy didn’t eat snacks like that, he has weened off all said baby items and was eating adult food including garlic bread and crumpets….she went as far to say he didn’t even need milk anymore….erm I said okay great…(it continued)…is yours walking yet…. mine is sitting up and doing handstands (not quite) lol….after the encounter I felt awful…I was worried that my boy wasn’t developing enough…I went as far as to walk to Sainsbury’s and buy crumpets!…it’s safe to say they didn’t go down well I mean Christ…Freddie only had gums!!! What was I thinking…why had I let this girl get to me so much that I reacted in such a way….it was then I decided never to take on board any bullshit again and just carry on doing what I think is best for my baby.

It felt like comparisons and competition carried on into my third pregnancy when I found out it was a girl…but then boy…Another boy yes!!!

Let’s call it ‘girl gate’… gosh I could almost feel the sigh of relief when I wasn’t having a girl ? (It’s an uncanny gift, I pick up on a lot of energies…but it can have its downsides when you would prefer to play ignorant). Perhaps however, it’s my own insecurity of feeling inadequate and not getting what I thought I wanted and having always thought I would have girls? I had so many people saying weird stuff…’omg not a girl are you disappointed’….’you will probably always have boys’…’destined to have boys’….’I hear that some men only produce male sperm’ (seriously why say this?! Are you a scientist) ….’I hear some mums only can have boys’….listen to yourself?!

Are you making yourself feel better about the fact you had a specific gender?…like one has precedent over the other? I mean I did freak out about the situation to be honest but I was worrying about everybody else and not what I wanted.

I know gender disappointment can be real and I do empathise.

I wasn’t disappointed when I found out I was having a boy, I was waiting for the sinking feeling that I had built up because I kinda was hoping for a girl…it never came I watched the scan and saw Henry and Freddie smiling up at the image and I filled up with love.

At the end of the day I was and am overjoyed to be pregnant, to be having another child! I’m so lucky and my baby deserves to be loved and accepted boy or girl!…I’m not looking forward to the labour part….I mean you wouldn’t care what was coming as long as it would be over. I know I’m Going love my boy more than anything…would I trade positions for a girl….erm I don’t think so! Tom wants 4 babies….he wants a girl but it’s not guaranteed!! I need a break!! 3 under 3!…..