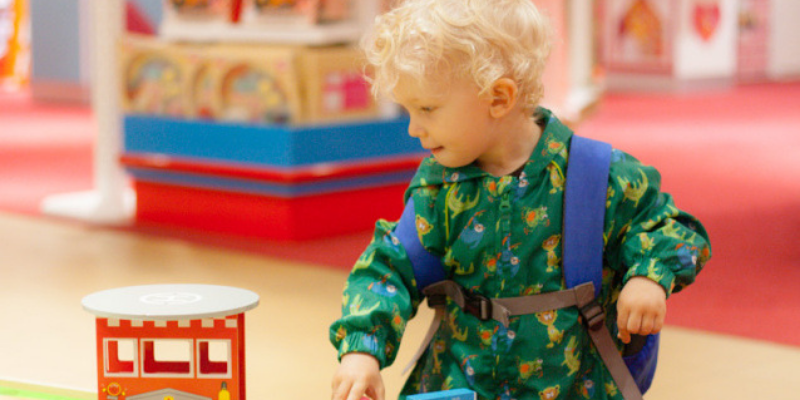 The Day Out That Wasn't

Do you ever have one of those days where everything that can go wrong does?

A few weeks ago, we had one of those days.

Living on an island, it can be easy to feel a little hemmed in at times. I guess that’s part of the reason we need to escape occasionally. I’ve got every Friday off work, so every other Friday we catch a ferry and disappear to the mainland for the day. This particular day the plan was to disappear to Inveraray and visit the jail.

As you can probably guess from the title of this blog post, that did not happen.

It didn’t even really start on the day of the trip to Inveraray. It was the day before when things started to take a pear-shaped turn.

I mentioned to a friend at work what our plans were for the following day; trip to the jail, visit the sweet shop, pick up some chips to eat down on the front. And she put a dampener on things by telling me it was forecast to rain. I shrugged it off. It might mean that we’d have to eat sitting in the car, but the jail would be indoors so we shouldn’t get too soggy. It’d still be a good day out.

That night we dropped our Labrador, Tara, off at the kennels and headed home for an early night, still planning all of the fun things we would do the next day.

The following morning dawned. As it was a day I didn’t have to be at work but we had somewhere to be, the Noodle really wanted to sleep in, because that’s just how toddlers work. I got him up and dressed and was just organising myself when the spousal unit came in to announce the top ferry was off.

Apparently it was windy at the top end so the boats were off and weren’t going to be reviewed until 11am, far too late in the day for what we wanted to do. So we had a hasty change of plans to make.

Luckily the main ferry was running, so we had a quick scan down our list of places we hoped to visit and settled on the Transport Museum in Glasgow. It was wet, so something indoors seemed like the best option and if we caught the next ferry, we’d be there in plenty of time.

The crossing was uneventful. I wouldn’t even say it was rocky (and it doesn’t take much for me to say it’s rocky). On the other side we boarded the train, got comfortable and prepared for what we would do when we reached Glasgow (until the ticket guy came round we were still debating whether we would get the train through to Partick and make our way from there to the Transport Museum or get the train to Central and then catch a bus).

The hitch in the plan occurred shortly before the train was due to reach Port Glasgow. When it didn’t.

We stopped for a while. I was a little bit confused by this because it wasn’t along a line where we’d normally stop for another train to pass us. But Laurie was getting a little fussy (and being the awful mother I am, in our rush to get out the house, I’d forgotten to pack snacks, except I hadn’t, there were already some in the bag, making me a doubly awful mother because I did have snacks and didn’t offer them to him) so we were mostly trying to keep him distracted. Gradually this niggling feeling that we’d been waiting rather a long time began to sink in.

And it was at that moment that I saw a man talking to a woman at the other end of the carriage.

That man? The train driver.

The line was down up ahead and he was letting us know that we were all going to be heading back to Wemyss Bay.

So the Transport Museum was off the cards.

The bus into Glasgow takes about 90 minutes. Despite getting up at 6am, we still wouldn’t be arriving in Glasgow until about 12pm. We’d be wanting lunch and that would leave us with very little time to get out to and get round the Transport Museum before we’d have to do it all in reverse to come home.

There was a brief moment where we considered just getting back on the boat and coming home. But that would’ve been a waste of a day; we’d planned a day out and dammit we were going to have one even if it killed us!

So we caught the bus.

Laurie completely flaked out and slept pretty much most of the way into Glasgow, which I was grateful for. Meanwhile the spousal unit and I tried to come up with something fun we could do while we were out.

In the end we settled on paying a visit to the Oor Wullie sculpture that my work is sponsoring on the Bucket Trail (since if you took a selfie with it you could win a £50 Love2Shop voucher), eating Chinese food at our favourite all you can eat buffet place, and letting Laurie play in Hamleys.

We got utterly drenched going from the bus station to those places. It was chucking it down! The water was running down Buchanan Street like a river and I don’t think my trainers dried out until about the following Monday.

But we did have a lovely time in the end.

I got my selfie (and won the vouchers in the process).

We took Laurie to King’s Lodge Chinese Buffet which is where we went on our way home after many of our IVF appointments (so it felt surreal to be there with an actual real child after all that time).

And we let him spend an age in Hamleys, where he just wanted to play with a Trunki and a wooden mushroom.

By the time we got home we were wet and exhausted, but we’d made the best of what had been pretty much a disaster.

Sometimes the best family days out are the ones that don’t really go as planned.