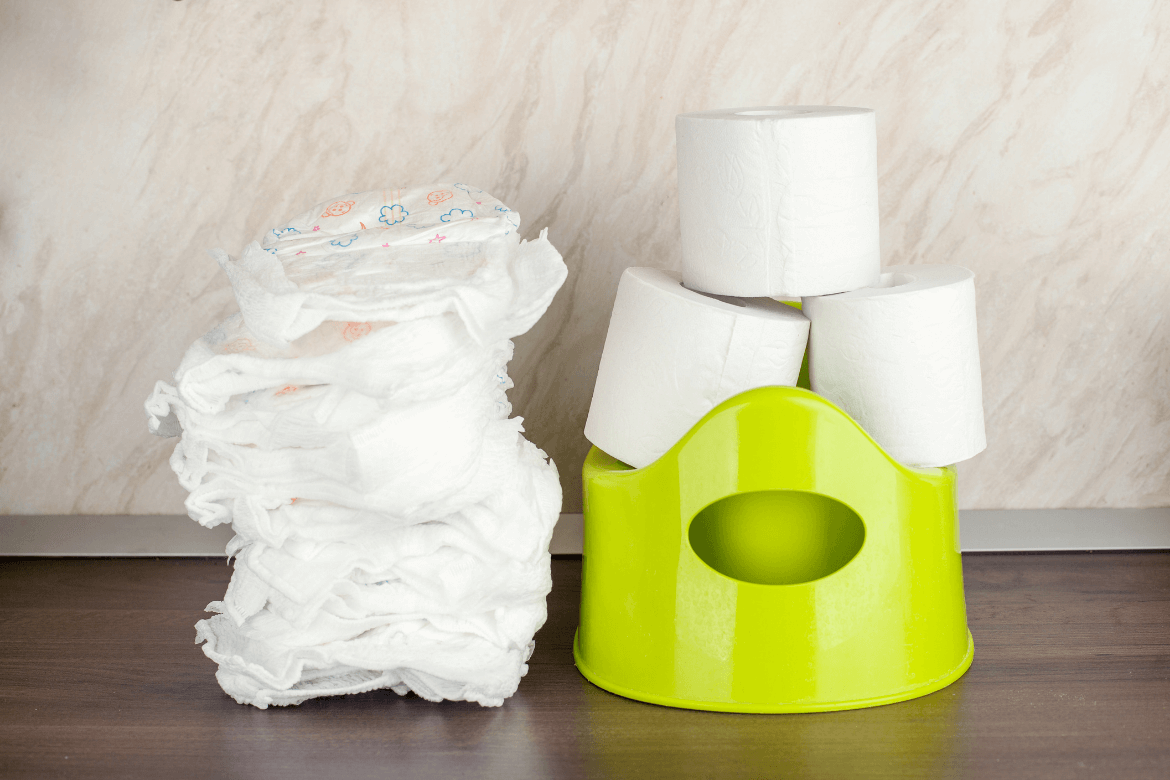 So, what would make a third lockdown more fun and less stressful?

Let’s do toilet training! Yeeeaaah! Said no one ever.

But what better opportunity to make the most of being confined to the house anyway? The heating is on most of the time, it’s nice and warm so she can run around in her pants, we don’t have to leave the house for any reason and Lily has been more than ready to ditch the nappies for a while now.

So here goes. Six pairs of spare pants in the bathroom. Kitchen roll and Dettol wipes at the ready…

“Okay Lil, so whenever you need to pee pee, tell Mummy and we’ll go to the toilet like a big girl?” I said. “What colour pants do you want to wear?”

Lily smiled and says, “The pink ones!”

So pants on, crocs on (always best to go waterproof!) and she was good to go. I set the timer on my phone for 30 minutes. I’m not sure what Lily was thinking and if she knew what she had to do but she was loving the freedom and kept going on about her “lovely pink pants!”

Toilet training is a bit like going back to the newborn stage when your life is split into those precious little moments between feeds. Except in the case of toilet training, it doesn’t run quite like clockwork.

The first day is spent running back and forth and sitting Lily on the toilet every half hour in the hopes that she will pee and then the penny drops and she realises what she has to do. What actually happens is she sits on the toilet for 10 minutes, doesn’t do anything, says she’s finished, washes her hands and runs through to the sitting room (the only room which has a wool rug in it) and then pees on said rug.

I pick Lily up and take her to the toilet in the hopes she understands. Two accidents, two pairs of pants, and a full kitchen roll later..

And before she can even get the sentence out, I whisked Lily through to the toilet as fast as I could! The little superstar looked up at me and smiled.

“Woo hoo Lily!! Well done!!” I roared. At this point, Jamie came running through to see what all the commotion was about. “What’s happening Mummy?” Jamie asks.

“Lily did a pee pee in the toilet!” I said, so excitedly. Lily was beaming from ear to ear all proud of herself.

And that was it. After that, Jamie just took over and had Lily tortured about going to the toilet. He has been brilliant with her and asks her all the time if she needs to go and Lily actually just tells him yes or no and doesn’t get one bit annoyed or frustrated.

We are now on day seven and Lily is doing fantastically. Yes, she still has odd wee accidents but she tells me straight away while making her way to the toilet. I’m so proud of her.