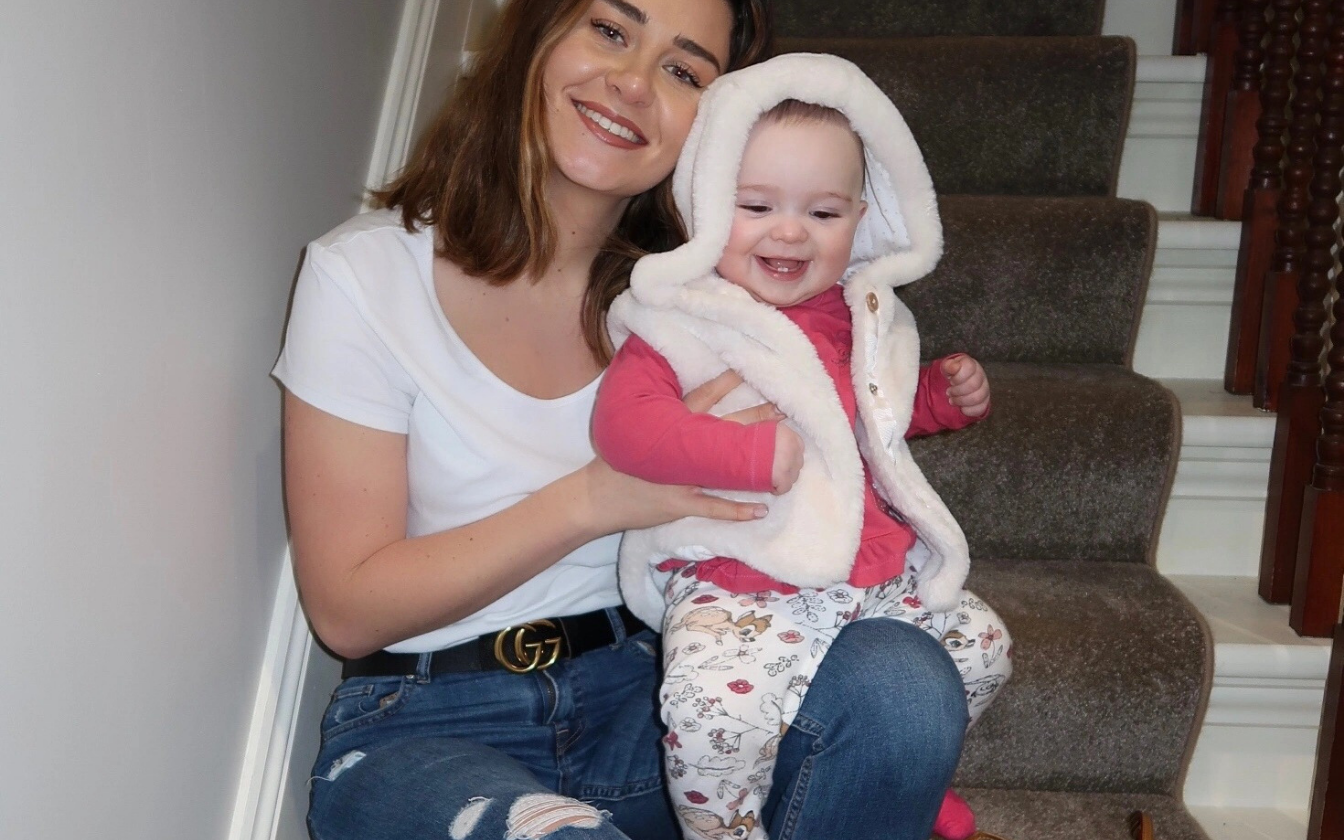 So many of you have been asking me how weaning is going. I’ve had loads of conversations with other mums via DM about the struggles we’re all going through with weaning.

Ava-Mae is almost 9 months old now, I know it’s still very early days in terms of weaning. I began weaning her at exactly 6 months old, she’d been showing signs a bit earlier but I thought I might as well wait. I set off to steam and blend/puree everything myself, only to have my efforts spat back out or totally refused. Ava is the master of refusing food she doesn’t want, she will purse her lips so tightly shut and fling her head round so it’s impossible to get anything in her mouth. So I decided to try some pouches, a mixture of Annabelle Karmel ones and Ella’s Kitchen. Again, they were a bit of a hit and miss, she would wolf down the sweeter ones and refuse the meaty/savoury ones.

I was so worried. Both Mitch and I are great eaters, we will eat anything. I’m the type of girl I could wake up and eat a spicy curry, a roast dinner, or whatever you put in front of me pretty much. Surely my baby can’t grow up to be a fussy eater? That’s when I realised, it wasn’t the food, it’s the fact she wants to do EVERYTHING by herself.

But we all know, it’s not as easy as that with an 8 month old baby. She still only has 2 teeth, and there’s only so many types of food she can feed herself with at the moment. So this is what we’re doing at the minute. For breakfast I fight to get a bit of porridge down her, I usually end up mixing a fruit yogurt with it to make it sweeter so she eats it, and then she will happily eat a little banana by herself after. Lunch I have been giving her a mixture of steamed carrot sticks, broccoli, cauliflower, avocado, biscotti, ham, eggs, chicken, whatever I have in really and she will just feed herself before she throws the rest of it on the floor for the dog. I try to sneak a bit in her mouth myself so I know she’s eating some. Sometimes it works, sometimes it doesn’t! Today I gave her some toast and egg and she loved it, so I’ll definitely be doing that more often.

For dinner she usually has whatever we have. Sunday night she had some sausage, sweet potatoes, peas and carrots. Yesterday she had chicken, sweet potatoes and veg, the other day she had flakes of fish, peas and potatoes or I try her with a pouch. She does like the pasta bolognaise one from Aldi, so that’s something. I thought I would be the type of mum to make everything freeze in advance and freeze meals. But for now we’re just taking it day by day, once she starts eating better I will do this. r.However I bought some ingredients this morning to make some recipes from the Ella’s Kitchen cookbook, I think tonight I’ll do tuna and avocado rice for her. It’s chunky enough she can try to pick it up herself.

I figured there’s no point stressing myself and getting Ava upset over this for now. She may be the type that once she can use a knife and fork she’s the easiest eater ever and anything I put down in front of her. That’s what I’m hoping for. So for now it’s fairly messy, the dog is loving all the extra snacks he’s been getting and I’m getting my work cut out with washing and stains – who knew banana could stain so badly?!

I’d love to hear your stories and experiences with weaning. If you have any advice, throw it over here. Send over suggestions for foods and meals Ava can feed herself, I’m sure we’ve all been in the same boat at some point.

Blue bib with strawberries: BabyBoo (it’s the best bib ever)

Written by Lucy Mitchell for her blog, Love Lucy Jane.

About Lucy Mitchell
Lucy is a 24 year old mum to her 18 month old daughter, Ava-Mae and lives with her partner in Kent. She is expecting her second baby and blogs about all things motherhood, pregnancy, their lifestyle and the highs and lows of it all.