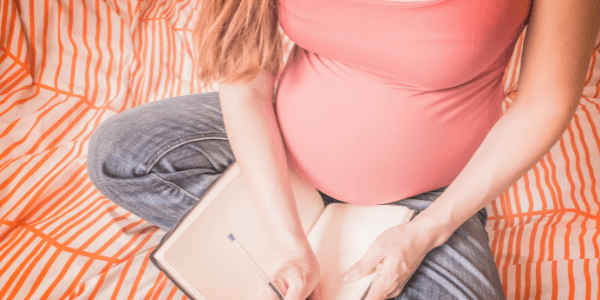 What’s that you say? Cara not organising something!?

Don’t worry! I haven’t been able to let go completely but as I am the kind of person that gets VERY stressed if a plan doesn’t go perfectly (not exactly ideal conditions for birthing a human) I have decided that it is better just to try and go with the flow and do whatever is best for the baby at the time. This way I’m not setting myself up for any disappointment or feelings of failure.

It’s funny because something I’ve heard A LOT is, ‘well don’t expect your birth plan to go how you want it to!” or  ‘Go in to it was an idea of what you want but expect it to be the opposite…’

Why then does anyone bother to make one at all? Perhaps it’s because people would still like to have some level of control over the whole situation rather than feeling like they are completely adrift. I’ve actually found it quite freeing to decide that I’m going to let other people make the decisions for me, it’s so completely opposite to normal.

Still with the desire to cover every pregnancy milestone, the aforementioned inability to truly let go and because I do still need to put a small plan together I have written a brief plan. I do have preferences which I’d like noted for after the baby is born, and so I’ve written a short paragraph on each section I think needs covered. I’m sure if organised Cara had her way it would be pages long but I need to think about my stress levels during labour.

I spoke to a few friends who’ve had babies and asked them about their birth plans. The majority had written one, or had an idea of what they wanted at the time. I’ve pinched a few bits I liked the sound of and drafted my own birth plan template. Feel free to use the below as a helpful guide for things to consider. I tried to cover all the stages of labour, but if you think I’ve missed something let me know!

Who it will be and their contact number. Obvs Leigh, with my mum as plan B.

Positions for Labour and Birth

If I want to be lying down, on a birthing ball or standing.

What medication I want through labour. I’ve decided to leave it up to the midwives to see what they suggest.

Again happy for the midwife to make decisions based on the baby and labour progression.

I’d like the option even if I don’t use it.

As above, happy to see how we go.

Open to all forms of assisted birth.

I’d ideally like delayed cord clamping which I’ve noted in my plan.

Immediate skin to skin if possible.

I will be trying to breastfeed my baby.

I’d like Leigh to stay with me throughout, and I’d like the screen to be lowered as the baby is born.

If the baby has to be transferred to another hospital at all I’d like to go too.

We are hoping that Leigh will be able to tell me the sex of the baby, I’d like to have a tripod and camera filming (if this won’t be in the way) and I’ve also made a note that I am happy for student midwives to be present.

My actual birth plan has a bit more detail to it than the above but I thought the headings might be useful if you are writing your own or if you’re nosy like me and just want to see what I’ve got planned.

Like I said, I’m trying to keep the labour process quite fluid as I don’t want any unnecessary stress but I would quite like a couple of my post labour preferences to go to plan. Trying not to think too much about what would have to occur for them not to happen! I’m going to print the page out and pop it in the front of my maternity notes so we are ready to go whatever happens with baby and I’ll make Leigh download it on his phone too so it’s always accessible.

I’ll do a post after I’ve had the baby with any updates/amendments and I’ll let you know if I managed to get any of my preferences at all.  Although If this baby’s track record is anything to go by it’s trouble already so I’m doubtful!

Written by Cara Goulding for her blog, Oh My Goulding.