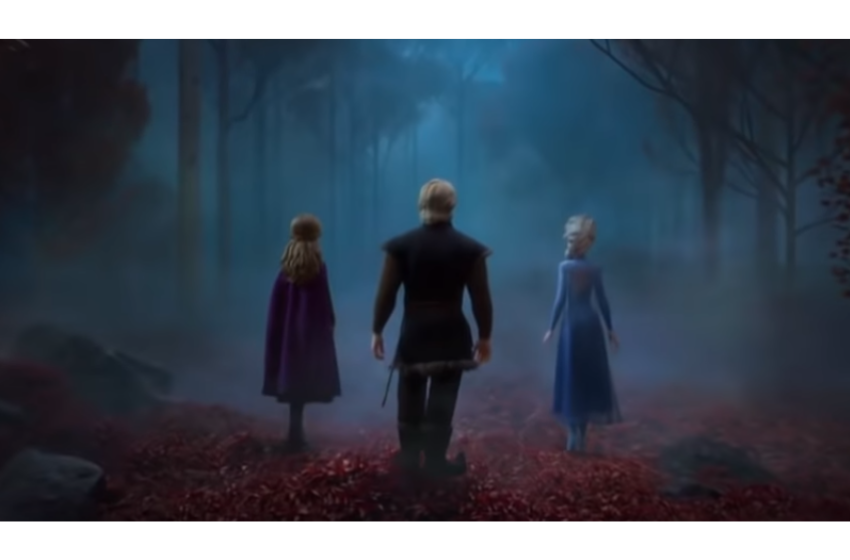 10 Questions I Have About Frozen II...

Disney have announced that in November, they’ll be releasing another Frozen film!

If anyone else is as excited as I am, then I’m sure you’ll also be brimming with questions about the new film. I know I certainly am! Here are my top ten, and I’m sure I’ll end up adding more on as we get closer and closer to the release date (which is yet to be confirmed but set to be next November).

One – Will there be catchy musical numbers?

C’mon, there has to be some dance breaks and musical ditties! That’s what made the first film so fun and addictive! The teaser does look darker than the first film though, so I won’t be surprised if there is less focus on musical scenes.

Idina Menzel made history with her beautiful rendition of ‘Let it Go’ (Demi Lovato’s version is good but doesn’t stand up to the original). Will Disney manage to write a song that eclipses ‘Let it Go’? I think not, but I’m excited to see if I’m wrong.

Three – Will Anna and Kristoff be married…?

We all remember how desperate Anna was for love and romance, right? I wonder if Anna and Kristoff will be hitched, or if her reconciling with her sister has cooled her jets and helped her to realise that romance takes time and patience…? Also, check out point 5 as I’ve got a really interesting theory that is relevant to both points 3 and 5…

Four – Will we see any romance on the horizon for Elsa?

There has been LOADS of speculation that the lovely Elsa will have a female love interest! Whatever gender a love interest is, I’ll be interested to see if this is true, or if Elsa really is being modelled by Disney as an independent female role model who doesn’t need a bloke to validate her.

Five – What will the plot be?

The teaser looks pretty dark compared to the first film, and the scene with Elsa trying to cross the stormy seas reminds me of the scene in the first film where the King and Queen’s ship capsizes… does this hold any relevance to what the plot line will be? Maybe their parents aren’t dead after all! I’m excited to find out! What I am adamant on is that their parents are NOT the parents of Tarzan, contrary to fan speculation. Their timelines are too far apart, Tarzan is Victorian era and Frozen is centuries earlier.

ALSO – skip to 1 minute and 2 seconds into the trailer. Who is that girl? Is it just me, or is she too short and different in stature to be Anna…? Could she be Anna and Kristoff’s DAUGHTER?! Could she have autumnal powers, and her powers be the focal point of the film, just as Elsa and her winter magic were for the first film? Hmmm.

Six – Will we get a back story for Kristoff?

The first film left me super unsatisfied when it came to this character. Where are his parents? Why did the trolls adopt him? I’ve seen speculation that the troll adoption backstory is linked to Norwegian folklore, so it’ll be interesting to see if that comes into play.

Seven – Did we have a hidden villain in the first film who will be unveiled in this film?

Why did the trolls give the King advice in the first film that ultimately led to Elsa rejecting Anna, when the answer to keeping Elsa’s powers under control was LOVE? Surely the Trolls, the masters of love, would have known this? It makes me wonder if they’re wolves in sheeps clothing, much like Hans but on a whole new life ruining level. Is the bad guy of Frozen II the troll king? WATCH THIS SPACE GUYS.

Eight – Who does Anna draw Kristoff’s sword on at the end of the teaser…?

I’m dying to find out who the villain of this film is – presumably this part is Anna, Elsa and Kristoff being ambushed by said villain.

Nine – How many years after the first Frozen film will the second film be set?

From the teaser, in some scenes Anna and Elsa don’t have their hair up in their trademark plait – their hair is down, slightly dishevelled, and more mature. Does this signify them being older? Or does it mean that they’re going through a rough time?

Ten – Where is Olaf’s cloud in the teaser…?

In the teaser, Olaf is without his ‘personal flurry’ cloud, which Elsa gave him at the end of the first film. Am I right in thinking that Olaf needed his cloud to continue existing in a world with a normal climate? Or have Elsa’s unbridled powers given him permanent life? Let’s see if we get answers!

Ten questions that many of you will think are rather deep for a Disney film – is there anything you’d add to the list?

Let me know in the comments!