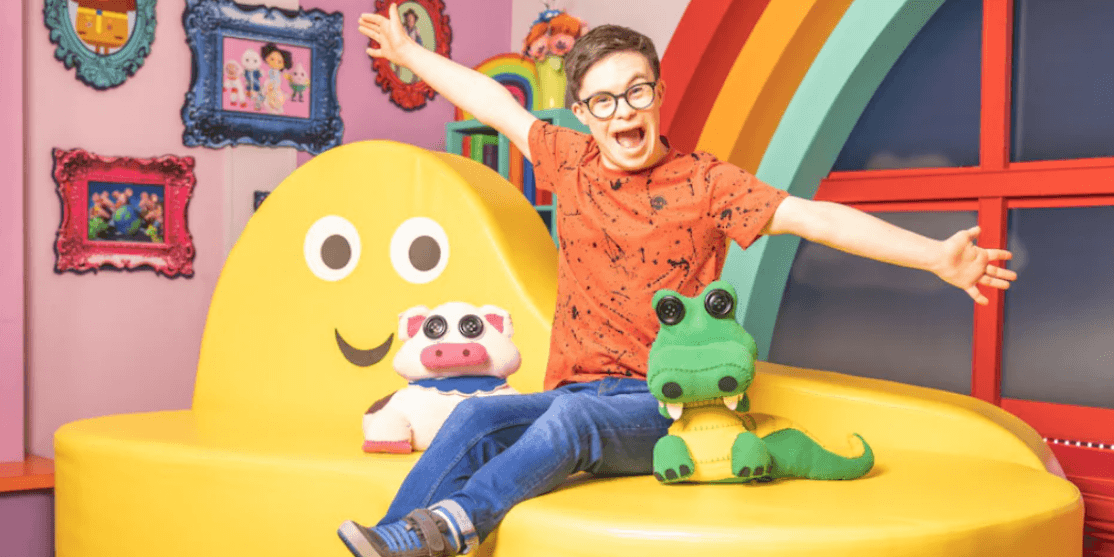 BBC’s First Presenter With Down Syndrome

The BBC has announced that they have hired their very first presenter with Down Syndrome!

20 year old George Webster was debuted by the BBC on Monday as a new member of the presenting cast for the BBC children’s channel. What a fantastic move! It is seriously brilliant to see the media diversifying their presenting cast and becoming more inclusive – check out George’s video below.

George is, understandably, very excited to start his new role as a BBC presenter.

“I feel so proud and I’m feeling so excited to start! I’m looking forward to cooking…and dancing.”

We think that George is sure to be a favourite with our children, and we cannot wait to see him on our screens soon! Introducing himself, he said:

“This is me. I am George. I love to cook and dance. I like to watch films all day long given half a chance. My eyes are sparkly, just like my mum. Just like my dad, I am determined and brave. And just like my sister, I’m full of fun. When I was young, I was told I could be anything. And look, here I am, in the CBeebies house, ready to cook and sing.”

In addition to his new BBC role, George has an enviable CV of advocacy and experience…

George is also an actor, dancer and ambassador for Mencap, a charity who support and represent those with learning disabilities.

He starred BBC Bitesize earlier this year in a video which debunked five myths about Down’s Syndrome. Watch it below – it’s incredibly enlightening.

George lives in Rawdon in Leeds, and studied at the Mind The Gap college in Bradford. Mind The Gap is a setting designed for young adults with a learning disability who are keen on a career in the arts – music, acting, the media etc. He’s been an actor since the tender age of eight, and his first role was a film called ‘S.A.M’ – based on the story of two boys called Sam who befriend each other at the park. He was also in BEBE A.I. earlier this year.

Our favourite quote from George, hands down, is this…

“I have always wanted to be an actor, I love film and performance. I want to be given the opportunity to do more films and be equals and treated like everyone else and not be judged.

We couldn’t agree more, George, and we hope that in future, seeing a diverse and inclusive cast of TV presenters is so commonplace that we don’t bat an eyelid – as it should be. For now, we are incredibly pleased to see this important move towards inclusivity being made.