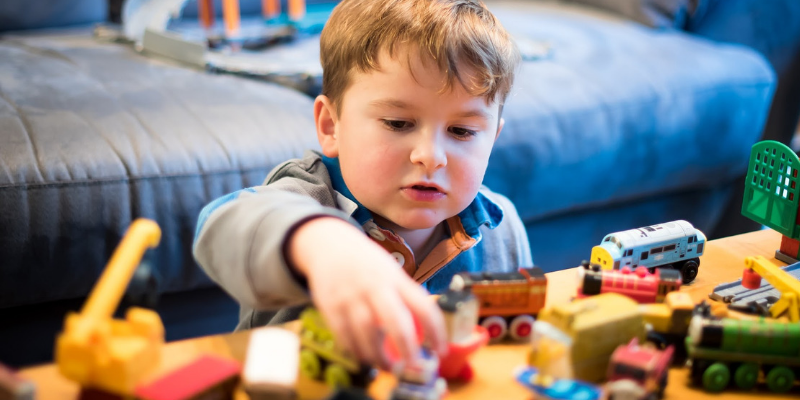 Do Younger Mums REALLY Breastfeed In Public For a Reaction?

SHORT AND SIMPLE ANSWER: NO, THEY DO NOT.

It’s literally that simple, no new mum has time to think ‘hmmm, how can I get a kick out of this?!’ when they have a screaming, hungry newborn on them, and the fact that this question even needs to be addressed is pretty horrifying. Breastfeeding can be pretty tough, no mum wants to expend precious energy plotting to provoke people, by any means.

By now, you may be aware of a recent Jeremy Vine episode that covered breastfeeding, nursing in public, in restaurants, the laws protecting nursing mummies, and the public perception of breastfeeding in public.

Of course, there are still people who think there’s a ‘time and place’ and rigidly believe in scheduled feeding, rather than responsive feeding on demand, so believe that a mum can & should wait until she’s home in private to nurse her baby (not true whatsoever). Sadly, due to the notion that babies can and *should* be fed on a strict schedule, and residual old fashioned attitudes, a small minority of individuals seemly believe that mums who breastfeed on demand ergo in public are doing it for attention, or to sexually tantalise the men around them.

I know, right? Completely stark raving bonkers, but I digress.

So, back to Jeremy Vine. A caller under the name of Paula, and evidently a member of this minority, called in to the live panel accusing ‘younger mums of getting a kick of flopping it out deliberately for a reaction and they should cover up, or express, because men get turned on when they see a woman breastfeeding, so the mum does it for effect…’ – her own words, paraphrased into one summary. I HATE the term ‘flopping it out’, it’s so derogatory and degrading when used in this context! Here’s the full video; forward it to 16:08 to see the controversial interview in question.

Fair play to Nicola McLean for defending breastfeeding mummies – her clapback has attracted praise from many mummies.

Nicola by her own honest admission didn’t enjoy breastfeeding and chose to formula feed; that’s her own choice, and we support mummies no matter how they feed. However, as a woman supporting other women, and as a friend supporting her nursing friends, she was appalled by the statements put forth by Paula, and so were most viewers. It was fantastic to see Nicola defending breastfeeding mummies and challenging such damaging and incorrect perceptions of breastfeeding mummies (notably younger mummies, who Paula seemed to be aiming her vitriol at).

Paula stated that breasts have been sexualised by society, which the panel agreed with, but the onus is on the individual to behave if they come across a situation where breasts are involved (like breastfeeding), it is YOUR own problem and not the problem of the breastfeeding mother, so don’t make it her problem! Be polite and look away.

Is this attitude exclusive to Paula? Definitely not.

With the invention of open forums and the ability to remain anonymous behind a keyboard, it’s really clear to see that there is (luckily a minority) a group of people who hold these backward views; when I was pregnant, a family member told me that women ‘flop it out for attention’ when I expressed my desire to breastfeed my baby. I was taken aback, because this same person had breastfed, just like Paula herself did. It’s really sad to see mums turning on other mums, especially when it’s involving a topic that they both clearly believe in…

What are the laws protecting breastfeeding mummies?

“The Equality Act 2010 says that it is discrimination to treat a woman unfavourably because she is breastfeeding. It applies to anyone providing services, benefits, facilities and premises to the public, public bodies, further and higher education bodies and association. Service providers include most organisations that deal directly with the public. Service providers must not discriminate, harass or victimise a woman because she is breastfeeding.

Discrimination includes refusing to provide a service, providing a lower standard of service or providing a service on different terms. Therefore, a cafe owner cannot ask you to stop breastfeeding, ask you to move or cover up or refuse to serve you.” Maternity Action

Pretty amazing stuff! It’s heartening to know that despite the divisive view of the minority, we have laws and legislation protecting us (as well as the majority of the public being supportive). If you’re a breastfeeding mother and have been subjected to any discrimination, here’s what Maternity Action advises;

If you cannot resolve the matter you can bring an action in a county court in England or Wales or a Sheriff court in Scotland but you should seek advice as these can be expensive cases to bring. You must start the case within 6 months of the date of the act you are complaining about. This time limit will only be extended where it is just and equitable.

If you win your case the court can order compensation, an injunction or a declaration but if you lose you may be ordered to pay the other side’s legal costs.  Compensation can include an amount for injury to feelings.

If you have been refused a service or treated unfavourably you should seek advice.” Maternity Action

What do you think of Paula’s comments? Tell us in the comments!

Boob, bottle, or tube, we have your back and support you 100%. We will always speak out against unjust comments and damaging attitudes. If you want to breastfeed in public, you are protected by law and supported by most, so crack on and feed that baby!