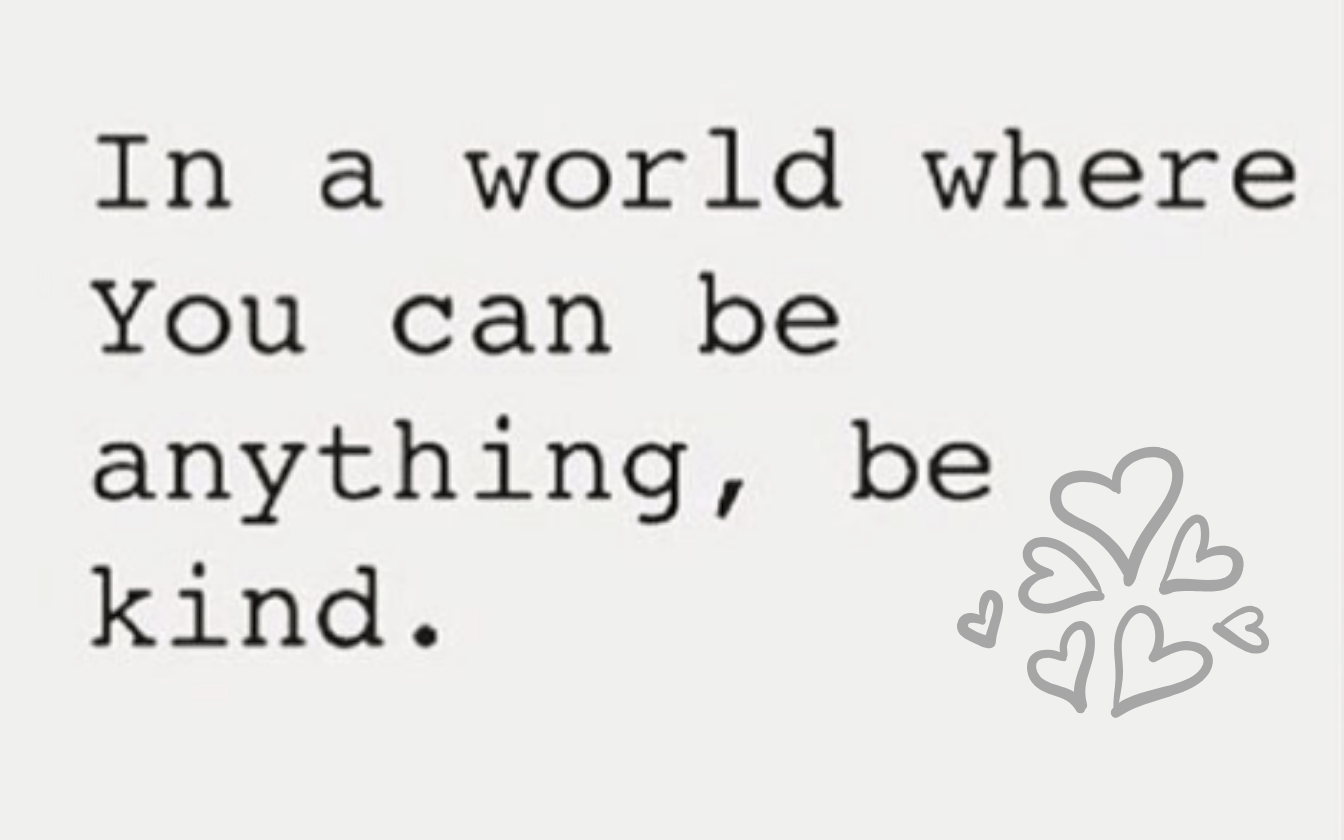 In a World Where You Can Be Anything, Be Kind

It is, without a doubt, hugely sad that it takes a tragedy to remind people of the importance of kindness, such a basic tenet of humanity.

In the wake of the loss of TV presenter Caroline Flack, and the long list of other celebrities and non-celebrities who have felt that they have no other option but to take their own lives after being broken down by other people, this is the time for every single person to take step back and reevaluate what they are saying to others, no matter where, when, whether it is anonymous or not.

Enough is enough. Regardless of the events in the lead up to Caroline taking her own life, there is absolutely nothing that justifies the poison that was directed at her, especially considering her struggles with her mental health.

We have all been guilty, at some point or another, of failing to be kind to another person. It would be naive to deny it.

With the anonymity the internet provides as a platform, this has spiralled out of control, with people who would probably never say something vicious to you losing their inhibitions behind the backdrop of social media accounts. There needs to be greater accountability, both with social media platforms and how they deal with abuse, and with the press, who seem to be given free reign to report on events when the defendants or anyone else involved themselves are restricted from speaking out to set the record straight – this isn’t right.

It is heartbreaking that this has continued to happen, both in and out of the public eye. No one should ever be ground down to the point that they feel that they have no other options, and society needs a reminder that a computer screen and keyboard does not remove the very real human feelings felt on the other side, and that if you’re a member of the press, you’re reporting on real human beings, not characters in a film. We cannot always tell if someone is emotionally or psychologically vulnerable, and your words, if unkind, could have a greater impact than you realise.

When speaking to someone online or offline, stop and think before you say something;

Fundamentally, the point I’m trying to make is that we don’t need to be nasty. No one NEEDS to be nasty. I hope anyone who left abuse on Caroline Flack’s social media/private messages or who acted in any way that fuelled the fire that led to her death truly reflects on their actions.

In a world where you can be anything, be kind.