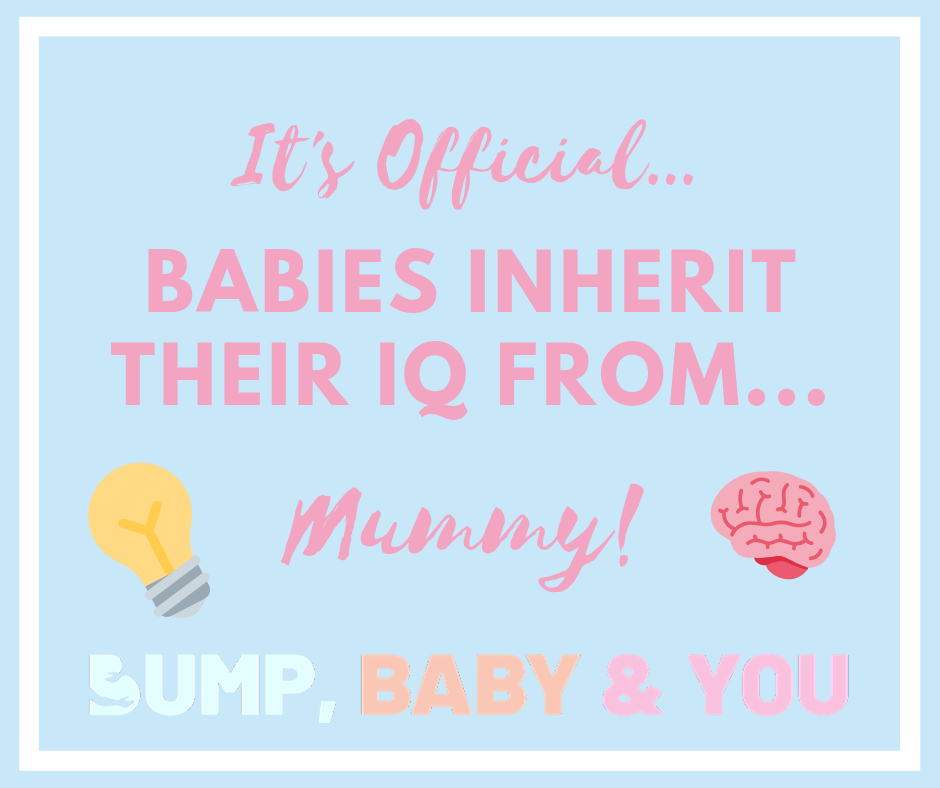 Sorry daddies, but the jury is out… Our kids get their brains from their mum!

After decades of debate between mums and dads, science has shown once for all that kids inherit their IQ from their maternal line. Many studies have proven that intelligence is inherited through the X chromosome; women have two X chromosomes, and men have one, so it makes sense that a child’s IQ is more influenced by their mum.

A study done by the Medical Research Council Social and Public Health Sciences in Glasgow found that a child’s IQ is more likely to be similar to their mums.

The study involved children from the age of 14 until the age of 22; they were interviewed every year to ensure that variables such as education, socio-economic factors, and general health were taken into account when collating data. The study concluded that the biggest influence to a child’s IQ was the mother’s IQ; on average, there was only a 15 point difference.

However, despite these studies, there are scientists who point out that there is a large amount of influence from environmental factors, too!

According to this resource, an estimated 40-60% of our IQ is inherited, and the rest is purely environmental; nurture rather than nature. It’s clear to see that there are many potential influences of how brainy our babies will be, and whilst maternal inheritance is clearly a strong aspect, nurture does play a part in it too so don’t fret, daddies!

Do you think this research applies to you and your kids? Tell us in the comments!