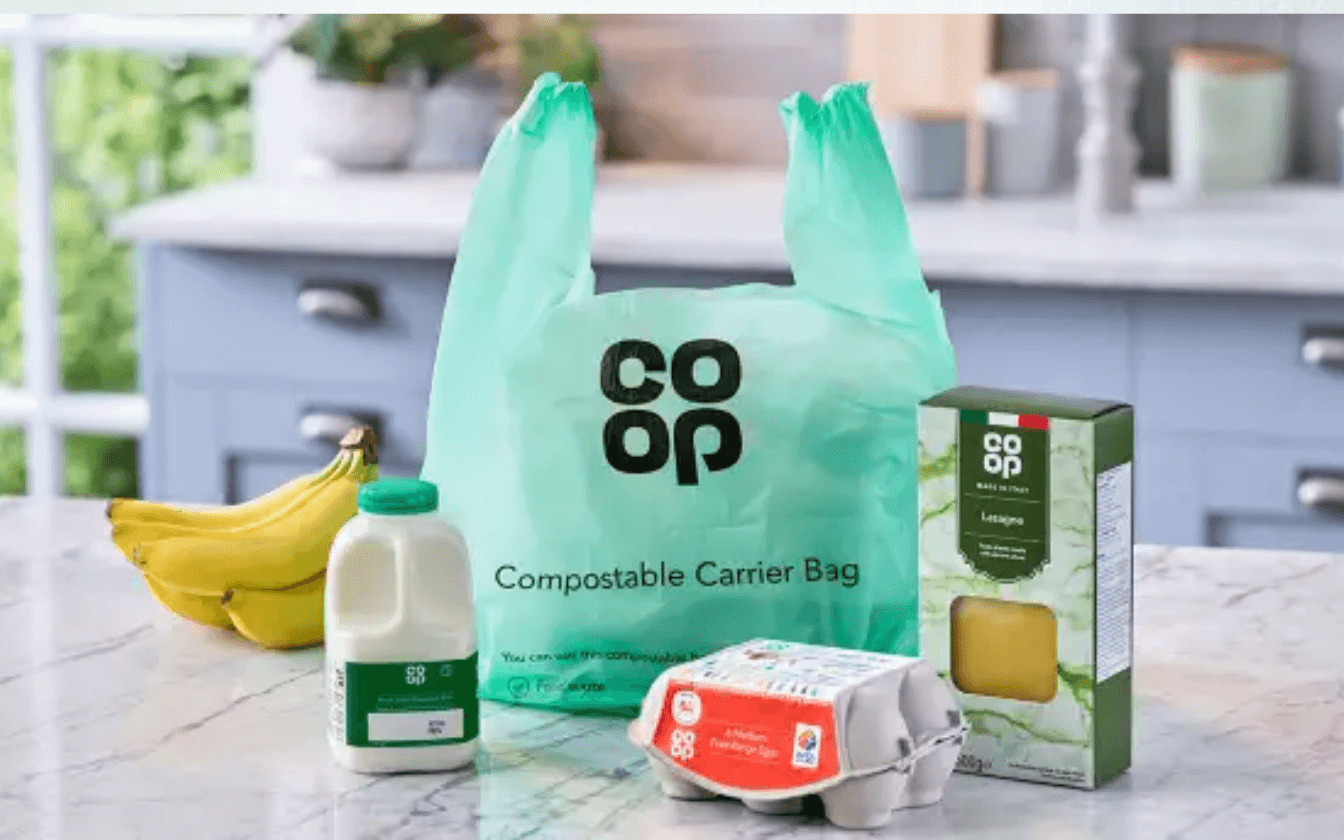 Eco Warrior parents, we have some news that we think you’ll be pleased with…

The Co-op supermarket chain has taken on a new plastic pledge, announcing an aim to switch to 100% own-brand recyclable plastic in line with the UK’s biggest plastic recycling scheme.

The savvy retailer has banned black plastic packaging  (which cannot be recycled as it does not reflect light and can’t be sorted by optical scanners)  from all of its products and by this summer they say they will phase out all non-recyclable plastics and replace them with alternatives that can be reused or recycled. Fantastic!

What will this include?

The recycling will be done by kerbside collection or a closed-loop in-house scheme.

Annually, the Co-Operative Group makes more than 750 million pieces of plastic which local councils do not collect for recycling due to restrictions (such as black plastic). To rectify this, the Co-op is developing their own national collection for non-recyclable plastics, the biggest in the UK. They will do a trial in the spring and then hopefully the new scheme will roll out nationally by the end of the summer – we can’t wait!

Less than a quarter of the 2.3 million tonnes of plastic sold through the UK market every year is recycled which results in 1.2 million tonnes of plastic packaging from consumers ending up in landfill each year – this is terrible for our planet, and we’re so glad to see the Co-op taking a stand. We need local councils to follow suit and find ways in which they can start to process different types of plastic and materials, too.

“We should rightly celebrate the growth that we’ve seen in ethical markets in the UK over the last 20 years,” said Ms Whitfield. UK businesses and NGOs have pioneered many of these developments and today we have multi-billion pound markets that either didn’t exist or if they did, other mainstream businesses were unconvinced of their potential to succeed.

It has also taken smart government intervention to get us this far. Going forward, ethical consumerism will continue to play a pivotal role in the pursuit of more sustainable products, businesses and markets. However, now is not the time to rest on our laurels, it’s the time double down on our efforts.

That’s why we’ve brought forward our commitment on own-brand recyclable plastic by three years, why we’re committed to reducing unnecessary packaging and why our long term vision is to be a carbon neutral business. From today, black plastic is banned and by the summer we’ll have pioneered a UK-wide recycling scheme for hard-to-recycle plastic film.”

The Co-operative group have also previously implemented schemed such as removing plastic from cotton buds, banning microbeads and banning the sale of plastic straws, all of which are hugely helpful to the cause.

Well done to the Co-Operative group for their initiative in making a difference – we hope that other supermarket chains follow suit.