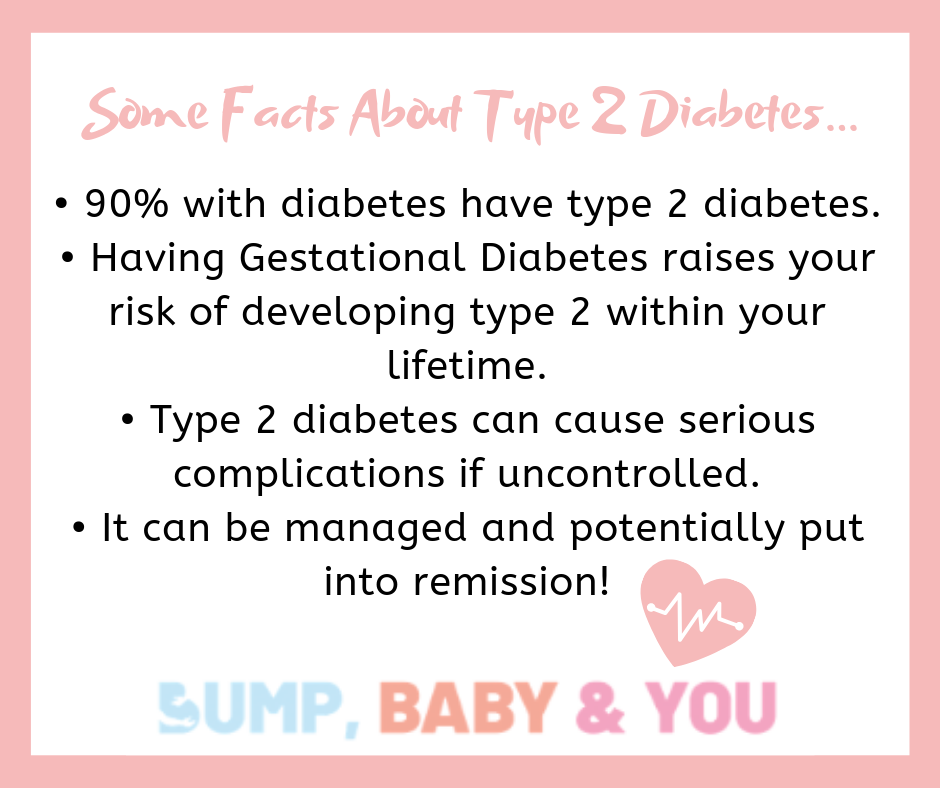 This week is Diabetes Week 2019, an awareness campaign aimed to help remove the stigma that still exists when it comes to the different types of diabetes, and encourage people to get checked.

This week, we’ll be running a series of blogs from our own mummy community and using information from reliable sources such as the NHS and Diabetes UK. This is the very first, from my own experience of type 2 diabetes, and how I worked to beat it into remission for the sake of my gorgeous son.

First of all… What is type 2 diabetes?

I was diagnosed as a gestational diabetic during my pregnancy in 2016.

Many women with type 2 diabetes have a very similar background to me; a history of metabolic syndrome and/or PCOS, gestational diabetes during their pregnancy, and then either developing type 2 later in life, or becoming type 2 straight after the birth (less common). I was the latter, but due to a series of mishaps, this wasn’t detected until July 2018! It would have been diagnosed earlier, but I was in a chronic state of denial and shame. The straw that broke the camels back was collapsing after eating a McDonalds lunch, testing my blood sugars, and seeing 17.4 flash up on my monitor – if you’re not familiar with normal readings, it should be under 7.8 two hours after eating. Mine was over double what it should have been… yikes!

My HBA1C (which looks at the amount of glucose in your red blood cells over the past 3 months) was 9.3 when I was diagnosed. 6.5 and over means a diagnosis of diabetes!

I knew it was coming, I really did, deep down. I mean, what else could have explained the;

You can read more on diabetes symptoms here.

I hold my hands up, I was so ashamed and embarrassed of my type 2 diabetes diagnosis, due to the public stigma that still surrounds this condition…

There can be many other causes of type 2 diabetes, such as genetic predisposition, medication induced, or triggered by an illness, as well as the public perception that it’s caused by lack of exercise and eating badly. I hold my hands up and admit that, whilst PCOS (and the resultant insulin resistance) did leave me prone to type 2, my lifestyle after having my son was a slippery slope, and I’ve paid the ultimate price. I knew that as someone who has PCOS, and with the history of gestational diabetes, I should be careful with my carbohydrate and sugar intake and exercise, but I was flippant.

It then became a self perpetuating cycle; flippancy, eating badly, feeling horrendously unwell, not feeling well enough to go out and exercise, eating badly as I felt so unwell and too tired to cook properly, denial at WHY I felt the way I did, and repeat… Until I decided enough was enough!

I felt, and still feel, devastating guilt for my little boy and partner (now husband). I didn’t want to do anything, housework was being neglected as was my personal appearance, I didn’t want to play, engaging with my little one took enormous chunks out of my depleted reserves of patience and energy, and I over reacted to everything! I shouted and sobbed at the littlest misdemeanour, looking back is like looking at someone I don’t know, the person I became is so alien to who I truly am.

I was put on Metformin three times a day straight away, and immediately changed my way of eating. I was already familiar with the low carb diet, as doing this had helped me to ovulate and become pregnant, and I knew that there was research showing it could help diabetics too, so I sat down with my diabetic nurse and we drew up an action plan.

(I’m aware that some people find the concept of a low carb diet controversial, but my decision was based on legitimate scientific studies and support from multiple medical professionals.)

What should I be eating as a type 2 diabetic?

There is some conflicting information on this, but thankfully it seems that some NHS professionals seem to be getting on board with low carb guidance, unlike the very poor and outdated dietary advice I was given by my hospital during pregnancy – check out Gestational Diabetes UK for their evidence based dietary advice. My GP, diabetic nurse, and Nephrologist (kidney consultant) are all very much on board with low carb eating, and are bloomin’ over the moon! My eyes have escaped damage, but my kidneys were unfortunately harmed by the uncontrolled diabetes. Thankfully, my lifestyle changes have markedly improved my kidney function.

The NHS site still advises eating some starchy food (vague, I know!), which Diabetes UK correctly points out is very much disputed, as many type 2 diabetics experience a blood sugar spike even with low GI foods (sweet potatoes, wholegrain rice, brown pasta etc). Research is increasingly suggesting that a low carb diet has amazing benefits for type 2 diabetics, and prominent doctors have begun to question the advice to follow a low fat, high carb diet that has been endorsed for decades. If you’re planning to follow a low carb diet though, it’s advisable to do so with your GP & other professionals aware. Check out the Diabetes.co.uk Low Carb program here!

Fundamentally though, it all depends on the individual and your own tolerance to carbs. Weight loss/diet changes no matter how you choose to do it will help you to control your blood sugars!

Personally, I strictly count my carbohydrates and eat lots of good natural fats, get tonnes of fibre through my vegetable intake, and as a result I am 5 and a half stone down from my very heaviest at the time of writing. My BMI has come down from 49 to 39, my kidney function has gone from poor to very good, my energy levels are through the roof and even better…

…I am so proud to say that I am in remission from Type 2 Diabetes!

That’s right, folks! I’m also off medication, and I have completely normal blood glucose readings. My HBA1C was 6.2 at the last check, which is still within the prediabetic range but as it isn’t within the diabetic range and I am now diet controlled, I’ve been told I am in remission. Due to having PCOS and metabolic disorder, I will always follow a lower carb diet for life now, even when I am slimmer, purely for my health as I’ll always have metabolic disorder, even at a healthy weight. I never go hungry, and I eat some absolutely scrumptious things, so I’m not complaining!

There’s some dispute over whether remission means you’re no longer diabetic or not. Technically, at the moment it means you’ll be diabetic for life but no longer have active symptoms, but there needs to be more research done to establish whether there are any cases of proper insulin sensitivity being restored or not. Who knows! It’ll be exciting to see more research and development done over time.

If you have symptoms of type 2 diabetes…

First of all, don’t panic. Keep calm. It’s happened, and panicking won’t achieve anything. You can regain control of your body, and tame this horrible condition into remission. If you’re not overweight and unfortunate enough to develop type 2, you can still tweak your food choices to help get your sugars under control.

Don’t be ashamed of accepting medication – pill shaming is the worst thanks to idiocy on social media and I admit that I felt ashamed when I first went on medication, but there is NO shame in needing the support!

If you’re put on metformin and not insulin, you’re more than likely going to be told you DON’T need to do the finger prick testing daily, and that the HBA1C testing every few months will suffice – many type 2 diabetics strongly disagree with this and see it as just a cost cutting measure, which is fair enough as NHS funds are limited. Personally, testing before eating and 2 hours after really helped me to see what foods did and didn’t spike my blood glucose, so I purchased one on Amazon and I 100% believe that this helped motivate me into regaining control. I’ll also add that type 2 diabetics not on insulin CAN have hypos, contrary to what some people are told, so my monitor helped me to spot my hypo triggers.

As your blood sugars get back under control, you will feel much better, if you had nasty symptoms. It isn’t the end of your life, the end of the line, I know all too well how easy it is to feel depressed and self-loathing upon diagnosis due to the terrible stigma still surrounding this condition, but let’s face it, dietary choices are just one of many different factors leaving to this condition. What matters is that you make the right choices to control it, and even better, beat it into remission like myself and lots of other type 2 diabetics are these days.

I now run around after my little boy, dance like a lunatic for his enjoyment, go out daily for long walks, and generally relish life as a mummy. My energy levels are immense, and my little boy loves his sparkly new mummy. I’m finally the mama he deserves, and I am so content. Sod you, diabetes!

If you have any questions at all about type two diabetes, feel free to email me at [email protected] to chat. You’ve got this!