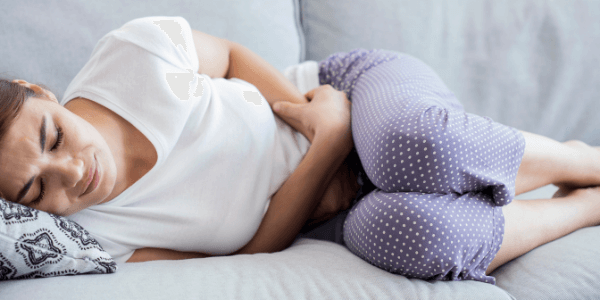 March is Endometriosis Awareness Month; lots of our mummies struggle with this condition and find that others don’t understand their plight when they need time off work or have to cancel plans due to endometriosis.

Awareness is key, so here’s our quick guide on what Endometriosis is, and how we can help people who struggle with it.

Endometriosis is a condition that affects approximately 1 in 10 women worldwide. It occurs when the lining of the womb is also found outside the womb. I have a fairly small patch that was found during a laparoscopy, but I count myself lucky compared to other endo mummies who have a far worse time than me with theirs! It can cause;

There can be other symptoms alongside these, but it will vary between women. There is also thought to be a hereditary element behind this condition, so it’s nothing that you’ve done ‘wrong’ if you’re diagnosed with this.

How can Endometriosis be managed?

This is a tough question, as Endometriosis affects people to such varying degrees and in so many different ways. Sadly, it cannot be cured but it can be managed to slow its growth, lessen your pain, improve your fertility and prevent it returning. The main management strategies are;

How can I help a friend who is struggling with Endometriosis?

Do you have someone in your life with this condition but you’re unsure how to help them or empathise with them (understandable if you’ve no experience of Endometriosis yourself)? Here’s a few helpful pointers;

What the mummies in our community told us…

We had a chat with the mummies in our Facebook community about Endometriosis and their experiences; these two lovely ladies responded.

Cassie Shekelton: I suffered for years with awful stomach pains that crippled me to the point where I often couldn’t stand up straight. I went to the doctors many time and they just kept telling me it was my IBS. Eventually when I was 21, I had a big bleed after intercourse and I was so terrified by what it could be, so I went back to doctors and they booked me in for a smear test the following day as they feared I may have had cervical cancer.

2 weeks later I got they results and they were clear so I was sent for a laparoscopy to see if they could find anything, and that’s when they found the endometriosis. Thankfully they were able to burn it away during that procedure and since then it’s been so much better, I barely get any pain. I still have really awful, painful periods but that’s the only real time I get the bad pains. I’m just so glad that after years of suffering they were finally able to find out what was wrong and help me.

Lesleyanne Cameron: Suffered from it since I was 21. For years and years I was told there was nothing wrong with me and was pretty much all in my head. They had scanned me multiple times and because nothing had showed up that was their answer to me. Turns out doesn’t show up on scans, hence why I was made to feel like an attention seeker!

Eventually I saw a different doctor who said straight away he thought it was endo and referred me again for more tests. This time I was given a laparoscopy and they found I was a mess inside with endo and there was far too much of it to deal with. I was 27 at this point and was told I probably wouldn’t be able to have anymore children. I was very lucky that I’d had a child when I was 17 so although that hurt like hell to hear that I was grateful for my boy more than ever. The Pain was horrendous so eventually I was offered injections to put me through menopause to see if that would help stop the pain for me and stop it from getting worse. Had these injections for a year and it was horrific.

Forcing my body into menopause is not something I’d wish on anyone. It was pointless as nothing changed while on them except I felt even more horrible than usual. After the infections stopped they said my body should go back to Normal and my fertility etc should be ok. Eventually I craved another baby and went to find out if there was any chance I could have another 1. I was given fertility tests and told that the injections they had gave me had made me totally infertile. IVF wasn’t even an option. I was utterly heartbroken as you can imagine.

I met a new partner and by some massive miracle I fell pregnant a few months later. Everyone was absolutely stunned and couldn’t understand how it had happened but I now have my little miracle baby boy who’s just turning 8 months. Through the pregnancy I still had all the pain from endo and was constantly in and out getting checked etc. Now I’ve had him the pain is worse than ever and I’ve bled non stop since had him and it’s been put down to my endo as my body is now more scarred inside than ever. I wouldn’t wish this on anyone it’s horrific and life changing xx

You can find out more about Endometriosis here at Endometriosis UK, the leading UK charity dedicated to informing the public and supporting anyone affected.

Want to read more about Endometriosis?