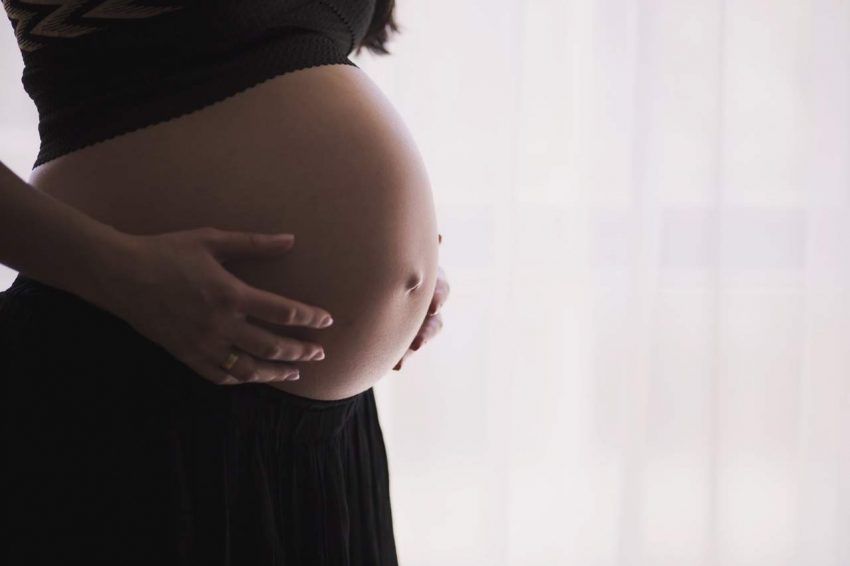 This Is Why It's Called 'Labour'

It was 10 pm and I had said goodnight to Frankie as she sloped off to the spare bedroom; nine months of pregnant snoring had taken its toll on her and it was either sleep separation or divorce. (Side note: nobody tells you about the pregnancy snoring, it’s a thing! It has something to do with the hormones and the result is you sound like a freight train passing through the bedroom.) As I settled into my pregnancy pillow I felt a twinge, although I had been feeling these for over a week now so I wasn’t convinced it was anything. After about 20 seconds of shut eye the usual ‘first of twenty’ wee trips beckoned despite having just been. As I hauled myself to the ensuite I realised this was no ordinary wee – I was in pain and I was apparently already weeing.

My waters had broke, conveniently, over the toilet but still.

I burst into the spare room and woke Frankie, I told her the good news. We were having our baby! She jumped up from the bed like a coiled spring.

“What are you doing?” I exclaimed.

“You said it had begun?” She looked puzzled

“Yes but it could be hours yet, you should get some sleep” I said, almost as if I was being reasonable. She looked flabbergasted, in hindsight I can see waking someone and then ordering them back to sleep probably felt conflicting.

I decided to run myself a nice hot bath because if it was indeed showtime then there was no way I was going unprepared and with unshaven legs. Oh, but those contractions were picking up a bit now. I found myself downstairs clutching my yellow maternity folder like my life depended on it, I don’t know what I expected from it. Something, anything to take away this pain. I decided to call the maternity unit and give them the good news.

“Pop down in a couple of hours when your contractions are closer together and so painful you can’t stand them” She said cheerfully. I made a mental note to punch her in the throat upon checking in.

“What can I take for the pain now? It’s pretty bad” I asked hopefully. I’m not sure what I was expecting? Maybe an epidural blue-lighted to me. “Oh try not to take anything until the pain really kicks in.” She was definitely on the throat-punch list.

I clambered into the bath with my Wilkinson Quattro in hand but those contractions were really making themselves known. I clambered straight back out and burst back into the spare room. “Get up, I need to go to the hospital now.”

We arrived at the hospital about 40 minutes later (I had washed the only pair of jeans I could fit into that day and had to dry them with the hair dryer before setting off) and after checking in and throat-punching the telephone monitor (just kidding) we were shown to a side room where I was abandoned for 6 hours. Okay, so it was about 20 minutes but that’s about 6 contractions and believe me those feel like hours. Eventually the young girl who had been unfortunate enough to find herself lumped with me came back into the room to confirm the good news that I was in pain enough to stay. “Yey!” The baby had also opened his bowls which showed in my waters which had broken so they were keen as mustard to get this underway – believe me, I was trying!

I was shown to a room and we settled in excitedly. I needed to wee. Weeing whilst in the middle of contractions is like running through a laser alarm. You have to time it just so, you have about three minutes to get your trousers off, wee and abandon said trousers before the next one happens. I didn’t manage to do it in three minutes and ended up leaking all over the floor. I’m note sure whatever became of those jeans, I don’t remember seeing them again.

I kept asking for pain relief but kept being told to wait as it was only going to get worse. The dread which filled me with every passing contraction made it impossible to sleep so from 1 am until 8 am I watched the clock and waited for every contraction to occur. At 8 am (shift swap, look forward to it girls it’s like a do-over) a new midwife took over.

“I NEED PAIN RELIEF!” I sobbed at her, she looked sympathetic.

“I will get you some paracetamol.”

“If you bring me paracetamol I’m going to throat-punch you” – Okay I didn’t say that but my eyes did because she came back into the room and told I should take the epidural. I have no idea why, I remember there was a reason but I don’t know what that reason was. I was delighted. The anaesthetist came in the room to confirm what would happen procedurally and I wasn’t listening. I just signed my consent and watched for the next three minute mark. It was finally administered at lunch time.

The epidural, whilst it does have it’s own set of cons, was amazing. It was like stepping into a spa. (Well it was whilst it was working properly, it’s quite decietful when you think you’re pain free and then all of a sudden it feels like someone has taken a sledgehammer to your spine) But I could relax, I could look Frankie in the face again and I stopped threatening everyone. They gave me a top up button to press which I gladly did every 30 minutes and in the end it was taken away from me. I felt like an epidural junkie, I wanted my button back. But hurray! In the time I had spent shooting up on the epidural button I had fully dilated!

“You will push at 4 pm.” Said Gemma (the midwife) happily.

“Why not now, why do I have to wait an hour until 4?” I asked, let’s get this show on the road before the epidural wears off. I honestly have no idea what the answer was because I wasn’t listening. It wasn’t someone giving me news I wanted and so I didn’t take it in but anyway four o’clock came around and the party started. I couldn’t feel a thing.

“Push into your bottom!” Gemma was shouting at me.

“I am!” I shouted back. I have no idea if I was, I was completely numb from the ribs down. I just made the face and got affronted that she thought I wasn’t doing it right. An hour passed and the doctor came in. I knew I was in the shit because she watched me push and shook her head. I knew it was game over.

“We will have to give you a hand in theatre.”

So off I was wheeled and before I knew it I was face up in theatre with roughly 25 people staring at my completely naked bottom half. I saw the forceps and decided I didn’t want to know what was coming next, so instead I just watched it all happen in the reflection from the lights above. So much for not wanting to know. There is a morbid fascination about watching your foof being cut open and an alien being pulled through it with giant silver tongs.

My blood pressure went through the roof, I had preeclampsia which meant a week’s stay and recovery. 17 hours of labour, 3 hours of enjoyed epidural and 1 hour of pretend pushing.

9lb 5oz?!?! No wonder I was so addicted to that epidural!

Written by Stephany Donaghy-Sims for her blog, The Milky Gay.