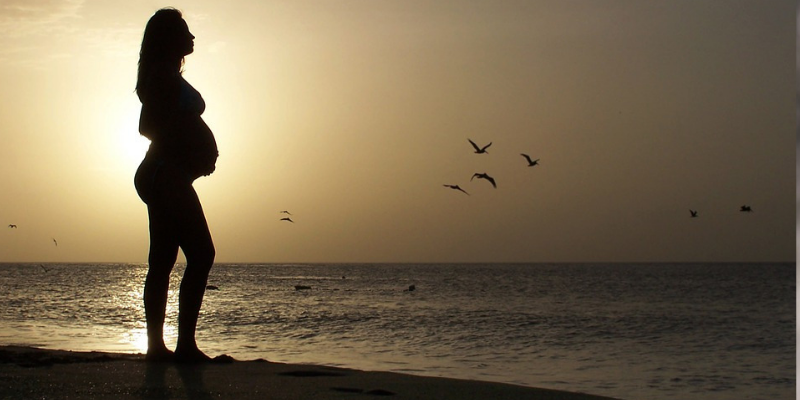 Becoming a Mum, Without a Mum

Becoming a mum is a scary prospect in itself. You are solely responsible for a tiny human being both in and out of the womb and the person you look to for help and guidance is your own mother. After all they raised you and you’re still alive so they did something right.  But what do you do if your mum is no longer there?

The one thing I wanted for me and my mum was for her to have the opportunity to be fully involved, to partake in those moments that she didn’t get to have with my niece. You see I feel that when a Son has a baby it is the maternal grandmother that has the most involvement because as a girl your mum is very much your best friend and go to person for all things. I wanted my mum in the delivery room much to my husbands dismay, I wanted my mum with me a couple of the days a week at least, I wanted my mum and my daughter to have a better relationship than me and my mum did and we had a pretty amazing one. I had this picture of what the three of us would be like together and it was so far from the reality that I never ever dreamed that what was about to happen would mean none of this was to be.

At 24 weeks pregnant I was settled into the second trimester.  I was still working hard and had yet to make any solid purchases for our daughter who was due on 5th December. My mum on the other hand had her lists of what she wanted to get us for our house and what she wanted for her house. I had sorted my maternity leave and had scheduled to take a month worth of annual leave before my maternity to spend with my mum resting and getting ready for the baby.  On Friday 17th August 2018 I got up and went to work as normal. We were moving to a new building at work which I was overseeing and arranging moving dates. I had a lovely neat bump by now but I was starting to get tired. I was going to call in sick on this day because I was so tired and really struggling, I considered going to my mums for the day to lie on the couch and have her look after me. But I didn’t want to let my team down and so I went to work as normal.

There was absolutely nothing that made that day unusual, I had no inclining that something wasn’t right and the day that would be the worst day of my life began like any other. I got a phone call on my work phone from a number that at first glance I recognised but couldn’t place who it was. I answered the call and it was my Dad. That phone call is still a bit hazy to this day but I remember him telling me that I needed to come home because my mum was dead.

That sentence did not register at all and then it hit me with such a force that I fell to my knees and wailed ‘no’ like an injured animal. I have never before, or since, made a noise such as that and it was one that I can only describe as pure heat break.

I couldn’t believe it and the first thought that came to me was ‘what am I going to do’.  The sheer panic that I was to be without my mum was so overwhelming that I couldn’t breathe. It was so shocking that she had died, so shocking that not a sound was made in the world as the one woman who was the absolute love of my life left me and went somewhere where I could not follow for the first time in my entire life. My mum died from a sudden cardiac arrest, she had gotten up that morning as normal and gone about her usual business. My Dad returned from walking my first baby (my dog loucy) and had found her in the kitchen. Trying to contemplate such a tragedy without being pregnant would be difficult alone but pregnant was even more soul destroying. If I had taken the day off sick I would have been with my mum when she collapsed but fate had other plans for us that day.

Initially after her death I could not even think about having a baby. Being completely honest I did not want to have my daughter, I wanted my daughter to stay where she was because if my mum wasn’t able to meet her then I didn’t want anyone else to meet her.  I also didn’t want to have my daughter because that would ultimately mean that things were no longer the same as when my mum was alive, it would signify that time had moved on and she was no longer part of my present or future but would remain permanently in my past. Things would not be as she knew them when she was alive and it felt like I was betraying her by moving on without her. I didn’t want to move on; I didn’t want to leave her behind I wanted to stay exactly where I was.  I was frightened that I would always associate my daughter with the excruciating pain of losing my mother as every year she grew older would also represent the number of years since my mum passed.

I felt so guilty and for a number of weeks after my mum passing I attended all my antenatal appointments as a passive participant, I knew I would have my daughter but I couldn’t think about it just yet. I was terrified that I would be alone after giving birth because I had always planned that I would spend the majority of my maternity leave with my mum and that we would raise my daughter together.

And whilst I was experiencing all this on an hourly basis everyday the overarching point of it all was that my mum would never get the opportunity to meet her granddaughter and I felt devastated for my mum. She was deprived of that opportunity and I will forever feel angry on her behalf because she couldn’t have been more excited to meet her. My mum loved my daughter before me. They say you can’t miss something that you never had-yes you can, I was grieving not only for what I had lost but also the future I was never going to have with my mum and daughter.

People were buying my daughter things and all I could think about was how my mum couldn’t do that anymore, people were getting excited to meet her and again all I could think about was how my mum wouldn’t get that opportunity.  I would be out shopping and I would see mums and daughters together and think how I will never have that opportunity again. It was talking to my husband about this one day which turned out to be a turning point for me. I told him about seeing other mums and daughters together and how I wouldn’t be able to do that with my mum again and he said “yes you will except you will be the mum”. I hadn’t thought about it like that and it was at this point that I started to acknowledged that I was having a daughter who needed me and so I began to focus on my new role as a mum.

I went into labour 4 weeks early and 12 weeks after my mum passed away. It happened very quickly and myself and my husband were shocked to say the least but we welcomed a beautiful and healthy little girl to the world. We had already named our little girl you see the Monday before my mum died I had spoken to her about a name I had in mind to get her opinion. We had spoken about so many names but this would be the last we spoke about and my mum loved it.

We decided to call our daughter this name with her middle being my mums so even though my mum didn’t get to meet my daughter at least she got to name her. My daughter is the most amazing thing to have ever happened to me and it is strange to say that last year was the worst and best year of my life. All the fears I had about associating my daughter with my mum’s passing was unfounded, she is something completely different in her own right and she has actually given me a much needed light at a very dark time in my life. Because of the unfortunate circumstances which surrounded me and my pregnancy, my daughter is so much more than just a daughter she’s my saving grace.

I will never understand why it is my mum and daughter could not be together but what I can say is that my daughter has gone some way to healing the broken pieces of my heart. It is currently 10 months since my mum passed away and I still cry at least once every day for her but my daughter gives me a thousand and one reasons to smile. This year of firsts has been bitter sweet, it was the first Mother’s day without a mum but as a mum, I had my first birthday without my mum but as a mum and we had our first Christmas without my mum but it was my daughters first Christmas and she got spoilt something chronic. I am no longer worried about being a mum without my mum because I now realise that she taught me everything I know and I model myself on her as a parent. Her being the best mum to me means I can be the best mum to my daughter.