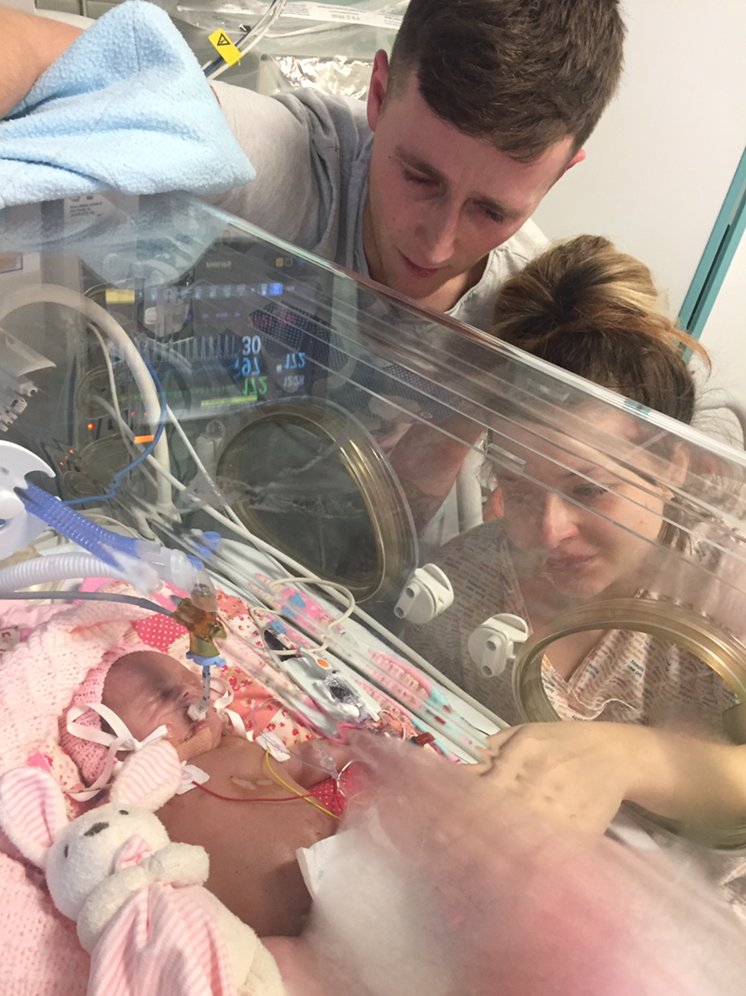 Raising awareness of the journey our lovely parent followers go through after losing a precious baby is something close to our hearts. Awareness improves understanding, and helps grieving parents through the process, whilst also helping other angel parents who have felt alone in their situation. We also absolutely love sharing stories with a bright, beautiful rainbow at the end as we find them heartwarming, emotional and so encouraging for other parents who’ve lost a baby. We had a chat with the lovely Hannah to get some insight.

Here’s Hannah’s story, in her own words.

“Last year, I had an ultrasound scan because the doctor thought I had an ovarian cyst. Little did I know I was about to find out that I was eight weeks pregnant. When the sonographer broke the news, my heart started racing. I was over the moon and looking forward to being a mum.

As the weeks went on and my bump started getting bigger it became more and more real. I remember going for the 16 week midwife appointment with my partner, and hearing our baby’s heartbeat for the first time. It was amazing – we were so full of happiness.”

Hannah and her partner were given the happy news that they were expecting a gorgeous baby girl who they planned on naming Mia, and they were absolutely overjoyed. Their 20 week scan then came and went with no issues spotted, and Hannah enjoyed feeling her daughter moving and kicking as she grew. 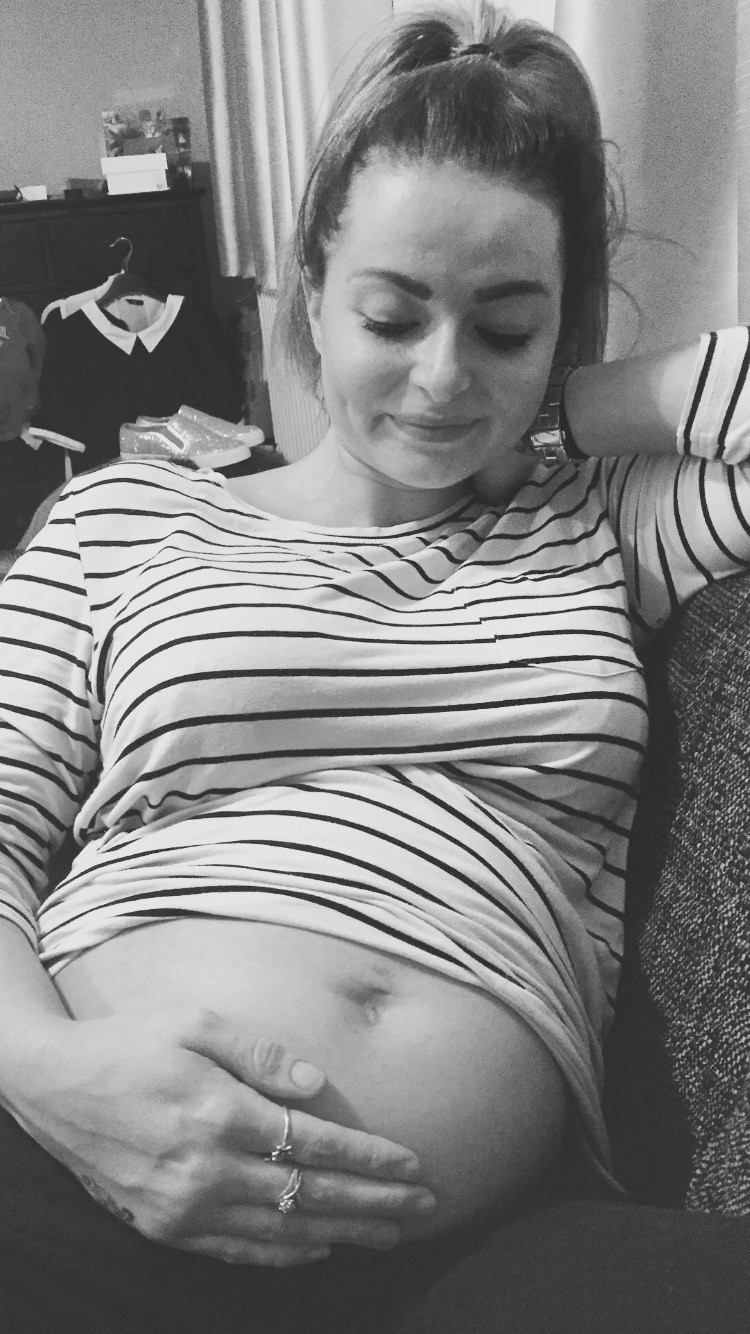 Hannah booked a 4D scan at 27 weeks to have another peep at her growing daughter; such an exciting time so many of us mummies and daddies savour during our pregnancies! Again, there were no problems detected. On the Saturday morning after their 4D scan, however, Hannah noticed that the pattern of movements had altered – sensibly, she attended Maternity triage and was monitored, and as her baby started to wriggle on the CTG, Hannah was sent home.

A week later, Hannah experienced another episode of reduced movements, and another hospital visit resulting in a discharge after monitoring. She went straight back to the hospital the next morning as Mia didn’t move apart from 3 movements the previous evening, and was awaiting a scan when she experienced terrible pain.

Due to this, Hannah was sent to the maternity unit and prepared for premature labour, and given treatments to help mature her baby’s lungs and brain – steroid injections are not pleasant at all, but this mummy only cared about her baby being safe and healthy. A doppler examination identified an issue with blood flow in the placenta, so Hannah was sent down to theatre for an emergency caesarean.

“Mia was delivered at 3.59pm on Saturday 21 January 2017 weighing 3lb 10oz. She didn’t cry, she was silent. My partner was by my side and tried to reassure me everything was ok, but I knew it wasn’t.”

Mummy & daddy heard the nurses giving baby Mia chest compressions for about 25 minutes with no response each time. Hannh was taken into recovery where one of her nurses said that there was still a ‘spark of hope’ for Mia. She told Hannah that Mia was in the neonatal unit which was the best place for her but that ‘she was extremely poorly and her chances weren’t good’.

“That night we were able to meet our beautiful little girl and give her a little rabbit soft toy to comfort her and keep her safe in her incubator. Bunny will always be precious to us and gives us great comfort. Mia had so many tubes in her but we had to look past that and try our best to be strong for our little girl. She was stable that night and we went several times to visit her the next day, but her heart stopped again and again. They resuscitated her, but we knew her chances weren’t good.”

That night, Hannah and her partner were heartbreakingly told that if they were summoned in the night, they would have to say goodbye to Mia. They went to bed praying and hoping beyond hope that Mia would make it through the night.

“We got the knock on our door at 1.00 am and we knew it was time. My partner wheeled me to the neonatal unit and there were so many nurses over Mia’s incubator with all her machines beeping.

I said: “Stop, stop and let our little girl go.” My partner was in denial and didn’t want to think Mia would have to leave us, but he agreed in the end and our little girl’s tubes were taken out. She passed away peacefully in our arms at 1.05 am.”

Our hearts are broken hearing Hannah’s story. Mia was put into a cold cot so that her parents could spend some precious moments with her, before being taken for a post mortem due to her death being so unexpected. She was found to have had a condition called Dilated Cardiomyopathy, as well as Hyaline Membrane Disease and prematurity. Testing is ongoing to establish if the cause was genetic or random.

You can read more about Dilated Cardiomyopathy here.here.

9 months later, Hannah and her partner were blessed with the pregnancy of their rainbow baby!

Millie is happy and healthy, and a rainbow after the storm. Hannah has added “…Heaven and earth may separate us but nothing will change the fact that Mia made me a mum. Even though Mia was so poorly, she still put up a two-day fight in the neonatal unit and we are so proud of our beautiful little Mia.” So are we – she fought so hard, and we’re also proud of her parents for their courage in sharing their story to help other parents.

If you’ve experienced a loss like these parents, you’re not alone, and your rainbow will come to you, not to ‘replace’ your angel in any way, shape or form, but to celebrate them and live alongside their cherished memory. If you want to reach out to share your own story, email us at [email protected]