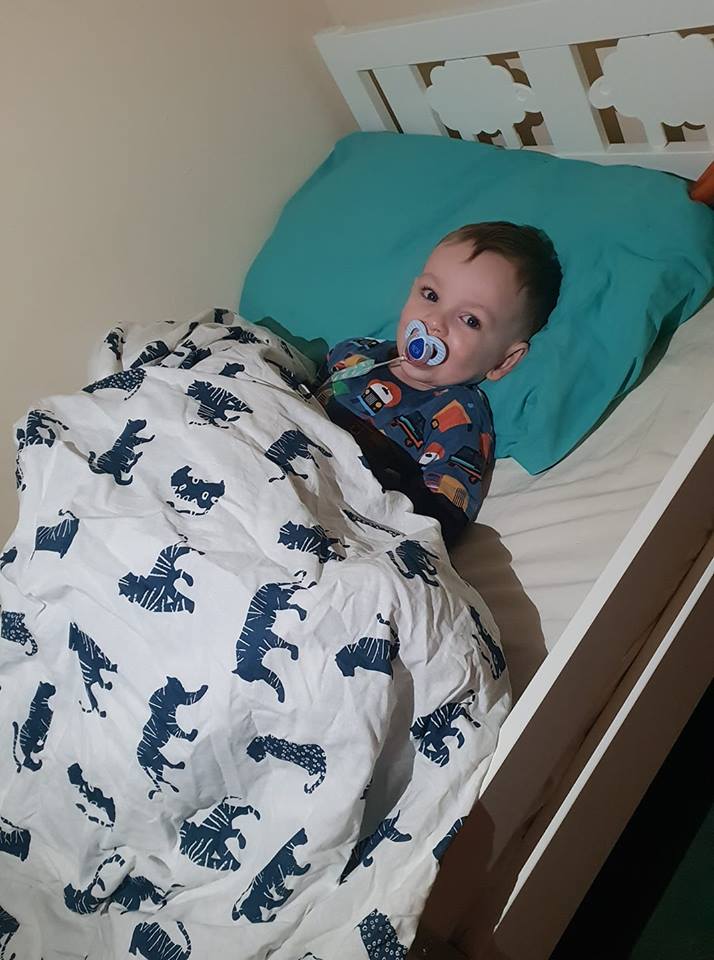 Making The Switch From Cot To Toddler Bed...

Our little boy Max is 2.5, and 3 months ago, we finally bit the bullet and put him into a toddler bed!

People have told us we’ve put him in a toddler bed quite late, whilst others have said their older toddlers are still in a cot; it has become evident that kids are all individuals in all areas, sleep included. It took us quite a while to make the decision, and lots of people have seemed surprised that he was yet to be put into a toddler bed at his age, but after a few unsettled nights, he got used to his new bed.

Thinking of making the big switcheroo? Here are some things to consider;

We decided to do the swap on the night before daddy had a day off work!

Why me & daddy decided that NOW was the time for Max…

Firstly, I will say that it will vary between kids. Some are ready by the age of one, others are still needing the security of a cot when they’re three. For us, 2 and a half has been the magic age.

He’s a really active sleeper and we’re no stranger to thuds in the night from him basically break-dancing in his sleep, but recently, we noticed that he was moving less and sleeping in ‘normal’ positions. Tick box.

Also, within the previous month or so, Max had become OBSESSED with beds; he loves nothing more than climbing into the master bed, or the spare bed, but he didn’t seem to enjoy being closed into his cot as much, which made us think that he was telling us (in his own way as he doesn’t speak much yet) that it was time for his own bed.

Finally, on our wedding night, Max slept peacefully in a bed in my parents hotel room! We decided that it was absolutely worth a try as he was showing the right signs of independence, in our eyes.

Bear in mind, though, that all kids are different! Be prepared for the worst, but hope for the best.

All tucked in, ready to go… excuse the crinkled sheets!

Our first night and how it went…

Ok, not going to lie, for the first 30 minutes I was cursing our decision and cursing my parents for putting pressure on us to make the switch. “Why?!” I chuntered to myself as Max ripped open his bedroom door and pterodactyl screeched over the gate for the tenth time that night. However, pretty quickly, Max fell into a contented sleep in his new toddler bed, and me & daddy breathed a sigh of relief.

How We Did It…

We think the best approach is a gentle approach – it’s a big change for a small person, so you cannot expect them to take to it instantly (depending on their temperament). Comfort and reassurance is paramount for a successful transition, plus we can’t bear to hear our beautiful boy upset, so we did the following;

The Benefits of Switching to a Toddler Bed…

We’re three months in, and after a few difficult nights at the start, Max has taken to his toddler bed wonderfully! Persistence, reassurance and coffee are your friends when making the change, guys. All kids are different, your little one may not be quite ready, they may not take to it, so be prepared, be gentle and remember that it’s a huge change for our little angels.

How did you find making the switch? Did you skip the toddler bed and go straight into a standard bed? Are you yet to make the switch and feeling apprehensive? Tell us in the comments!