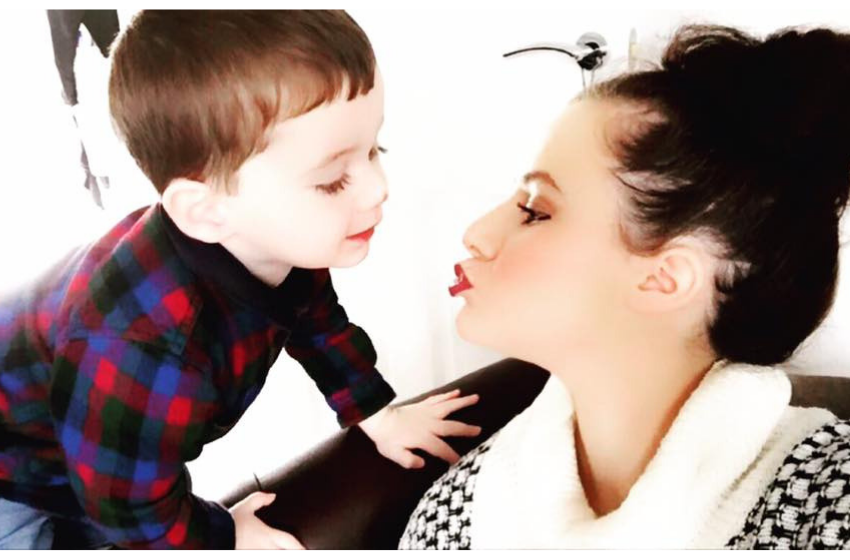 When I was diagnosed with Hashimoto’s disease I’d just had my second baby, I remember being asked “are you ok” at my 8 week check and thinking, you know what… no, no I’m not ok.

I remember feeling really tired, exhausted in fact but then getting into bed and being wide awake and thinking how tired I’d be at 6am when the baby woke up when I was still awake at 4, or the fact my eyes felt like I had sand in them, my hair that was once so thick and full was now as dry as the Sahara desert, my skin that I suffered with for years had come back with a vengeance and I looked like a child suffering from chicken pox (it was all over my chest, back, neck and face) and on top of this, I was struggling to breathe.

I told the doctor my concerns to be told “you’ve just had a baby, it’s normal, your hormones are going back to normal and you’re struggling with  a n x i e t y… the word anxiety, the words the doctors use when they don’t know what else to say is wrong with you (exactly the reason mental health problems aren’t taken seriously) anxiety or viral infection, they’re definitely the doctors favourite diagnoses.

So off I go with my little leaflet and thinking my anxiety is just really bad but a few weeks go by, I phone the doctors and they book me in to see the psychiatrist so I go again, explaining my symptoms as above and he tells me my anxiety is a result of family history and how I’m feeling is completely normal. I advise that I think I have a thyroid issue and he says “but your symptoms are so far and between, they’re symptoms to so many different illnesses, anxiety as well…”

So here I am again, thinking I’m a hypochondriac and all my friends and family thinking the same too (I’ve now turned into a serial Googler) so obviously I get the jokes here and there that the rash on my chest means I’ve got leprosy or the fact I have serious insomnia means I’m dying.

But another 2 weeks go by and I’ve seriously had enough, I go to the doctors and tell them.. “I HAVE HAD ANXIETY ALL MY LIFE, THIS IS NOT ANXIETY!!!”  So, they agree to run routine blood tests, but I think they did this to get rid of me. 3 days go by and the receptionist from the doctors calls me, you know the really happy ones? The application form you must have to fill in to be a doctors receptionist “be a miserable arse hole”.

If you’re reading this offended, and you’re not really a miserable arse hole, I’m sorry, you’re in the wrong job role.]

“Your thyroid bloods have came back raised and the doctors want to test your antibodies.”

I don’t think anyone has ever been so happy that there is actually something wrong with them and they aren’t losing the will to live, they don’t have serious anxiety and the symptoms they’re experiencing aren’t in their head.  Turns out after a second blood test, my antibodies are raised and the symptoms I’ve been experiencing are actually those of Hashimoto’s disease.

Now 2.5 years later, life is ok. Learning to live with a disease I will have forever, still a serial Googler and still having new symptoms in relation to the disease, but it’s so much easier to live with knowing that I won’t feel my worst forever, I’m not alone and most of all, I know my own body.

So if you’re feeling the same, trust your own instincts. They’re usually right, find people to talk to, who may be going through the same as you, because no matter what your illness, the chances are, you aren’t the only one in the world with it or who understand it.

You can learn more about Hashimotos disease (also referred to as an under active thyroid) on the NHS website here; don’t be afraid to seek a second opinion if you’re worried that you have this. Pregnancy can often trigger this too, as well as family history, so it’s important to be aware.