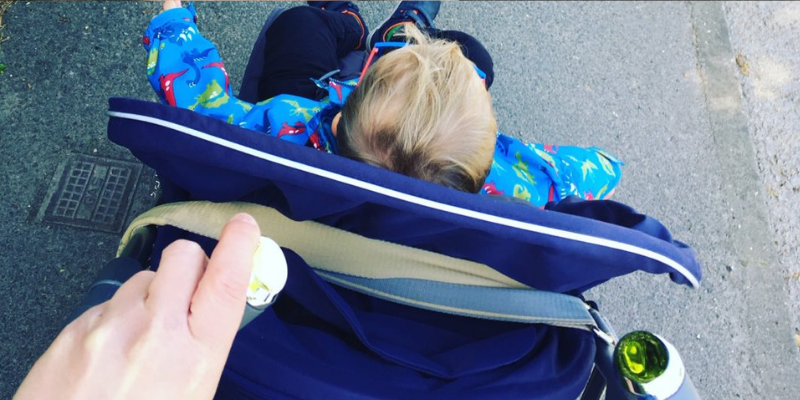 Play-Doh under my finger nails: parenting and self-esteem

On Fridays, I often take TJ to a playgroup around the corner from the flat where we live. Our home is in a leafy Hampshire village where the houses are detached and the cars are BMWs.

Often, just going through the door puts my parenting and self-esteem strength to the test as I prepare to share my single mum story to non-single parents a plenty.

From that first visit, I didn’t need to worry. It was all friendly enough and TJ had a great time enjoying the range of activities on offer. So, we have been going pretty regularly ever since. I thought it would be great to have a place to go every week which is within walking distance of home. It would be an opportunity to meet other mums in the area and for TJ to socialise with local kids around the same age.

For the most part, those boxes have been ticked. TJ is usually excited to trot down the road to playgroup. He spends the whole session running around in glee, playing, trying out a craft or painting, wolfing down a snack and having a sing song. So, the playgroup itself is perfectly structured, affordable and just what we need to add routine to our Fridays.

Not all fun and games

However, I don’t always relish the thought of going along. This is down to parenting and self-esteem as well as my personality. Basically, I don’t find it that fun. I don’t feel like I belong in that room of proper grown up mums. I have tried to ‘join in’ as I love chatting and meeting new people. So, I have exchanged pleasantries and chit chat with a few of the mums and I have held actual conversation with a few others. But, our fledgling friendships always remain in that room.

Why? Because I feel like I am being judged. My parenting and self-esteem rarely soar in that community centre for so many reasons. This is largely just in my own head, I am sure. The other mums there are far too consumed with their own lives to really think about little old me in the corner.

But, single mum stigma is a thing. It is something I didn’t really consider until I was in the throes of it myself. It seemed like such an outdated concept. One in four parents is single so there are loads of us out there right? But, judgement from others has crept into life in little, somewhat insignificant ways, which I find hard to forget. Like when I was picking up a prescription for TJ and the pharmacist assumed I am a Mrs (proud to be a Ms, actually.) Or, the pity on a lady’s face when I had to say I was flying solo at a ‘family day’ at a local country park. Or, when a fellow mum talks to me about her husband, and I say that I left mine. The look is on their faces, even if they don’t verbalise it. It chips away at my parenting and self-esteem and, sometimes, I don’t know how to recover from it.

Why does this make me feel like any less of a parent?

Single parenting is often called double parenting. You’re a team of one taking on a job which is tricky even for two people to handle. I am also a self-confessed helicopter parent – not because I am worried TJ will get into mischief. But, because I only get 50% of my life with him. So, I don’t want to waste the time I do have with him by not being focussed on him. He also often won’t let me get away with it and will come and take my hand to lead me to where he’s playing if I am not already by his side.

If anything, I am competing with the best of us out there. For days on end, I don’t get a break. OK, I wouldn’t change it for the world. But, there’s no one else there to make me a cup of tea or do the washing up when I am knackered at the end of another day of solo parenting. Most parents get to hand over the reins at some point in the day – single parents don’t. OK, I get a couple of days ‘off’ a week when TJ is with his dad. But, into that time, I have to fit everything else from work, friends, family, socialising, life admin and generally not losing my shit. It doesn’t always happen – burning the candle at both ends at one point left me with Shingles.

Glitter glue and all that sparkles

So, why do I feel like the bad parent at that playgroup when it is me who gets playdoh under my fingernails? I am more present and part of TJ’s time than most, but not all, mums and dads. But, when it comes to parenting and self-esteem, mine can sometimes crash to rock bottom.

Why do I walk out of there most weeks with my head down? What can I do to shift that pit of dread in my tummy as we walk around the corner on a Friday? What am I so worried about? I have belief and conviction in the decisions I have made for me and TJ – so who cares what other people think?

The easy solution would also be to stop going to the playgroup. TJ loves it though and I know he would miss it if I did. It is also a good way for him to hang out with the kids who will one day be his classmates. I would be depriving him of that for my own silly and immature feelings if I let them get the better of me.

Part of that world

This is basically a manifestation of my own self-doubt and my own concern. My own feelings of not fitting in with the world I am in, maybe not even wanting to be part of that world anyway (Oh The Little Mermaid, the lessons you taught us). It’s because, really, I am not comfortable with it either. Not because of the single parent thing, but because I am in identity limbo.

I don’t want pity. Parents – single or otherwise – should be showing solidarity and strength. It’s about recognising that parenting is fucking hard, so we should be in this together, not competing in some ridiculous battle. Parenting and self-esteem should go hand in hand and be soaring high because we’re all working so hard to raise great kids.

Because, you know what, I am OK. I am better than OK. I left an unhappy relationship to make a better life for the three of us. These things take time, for some that time will be longer than others. The one thing that will never change is my parenting style, which I think is a winning formula. Take all I have TJ, you can have it all. Because, one day you won’t need me as much. My hot coffee and small talk can wait until then. Glitter glue the shit out of life, my boy, and don’t let anyone tell you otherwise.

I was recently honoured to guest blog with The Mother Edit on single mum stigma. Read it here.

Written by Jude Peppis-Clay for her blog, Gluing Cheese.