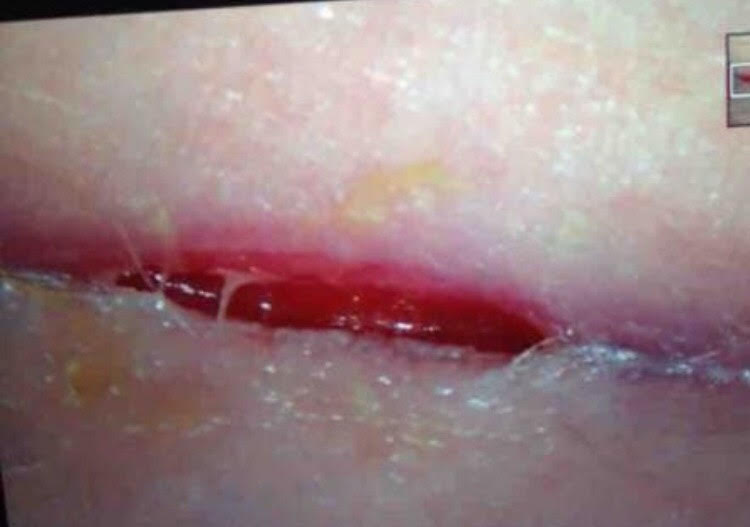 Sepsis such an awful illness and so important to know what signs to look out for and to act quickly.

This happened three years ago after my emergency C-section with Zac. Two weeks later I was still feeling poorly to the point when I woke up one morning Ben (my partner) noticed I was in bed with a full set of PJ’s, dressing grown and duvet over me but was still freezing, by this point shivering uncontrollably but my temperature said very different – around 42.5c.

That’s when he noticed I was covered in a rash and my scar was leaking, hot to touch, swollen and bright red.

I thought i was just me recovering from the C-section and was normal after being given no real signs to look out for and after being told everything looked good by three different midwifes over three appointments, the last one only two days previously. Very unaware of how poorly I was, I finally agreed to go to the gp just to shut him up,  but when I got there we soon realised something was very wrong after being told to rush down to Exeter and it’s quicker to go by car as we didn’t have time to wait  for an ambulance!

Fast forward a week and half in hospital with countless IV antibiotics and God knows what else, and to be told even waiting another day might have been a different story makes me realise how lucky I was and how lucky I was to listen to Ben that day. This experience meant that I was able to deal with more minor infections after my second c-section too!

You can read more about the signs & symptoms of sepsis here. Thank you, Beth, for sharing your story. It could save lives through awareness raising.

Warning – graphic images of Beth’s c-section wound below for anyone wanting to recognise signs of infection. Don’t scroll down if you don’t want to see these images.

You can see the redness spreading upwards away from the wound in the first image, and the wound has opened up in the second image. Always seek urgent medical attention if you have a similar experience.