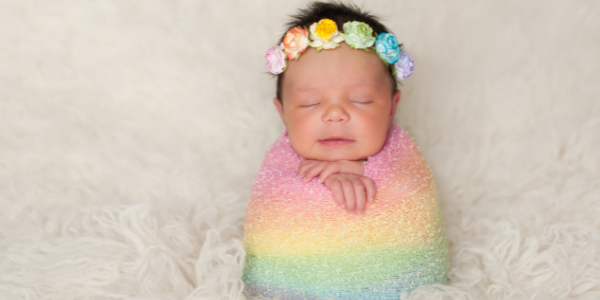 New draft guidelines created recently by the Royal College of Obstetricians and Gynaecologists will mean women can get support after their first miscarriage.

The RCOG (Royal College of Obstetricians and Gynaecologists) now wants all NHS trusts across the UK to adopt this new policy and dramatically improve care for women who suffer from miscarriage. We know that many of you in our community have lost one or more babies, and hope that this new policy is good news for anyone struggling to welcome a rainbow baby into their family.

Statistics show that 1% of mums will lose three or more babies to miscarriage (which is defined by the NHS as a loss before 24 weeks, a contentious topic in itself), and one in four pregnancies overall also ends in miscarriage. These losses are estimated to cost over £471 million to the UK ecomomy in terms of healthcare costs and time off work resulting in lost productivity - yet women everywhere are being let down and going through repeated heartbreaking losses without medical support despite the clear impact on their physical and mental health, as well as the tangible impact on the economy. We're glad to see this changing.

So many of the mums in our community have shockingly been told to just 'try again' repeatedly instead of being given any testing, even when they've had more than the three losses that the original guideline stated.

The previous guidelines meant that women were only eligible for any sort of support and investigation on the NHS only if they had three miscarriages in a row, and these miscarriages couldn't be interspersed with successful pregancies between each miscarriage.

Charities and baby loss organisations have spoken to slam this 'rule of three', stating that it results in thousands of women and their partners needlessly going through distressing further baby losses that could have been prevented if support had been given after the first loss, and a possible cause identified.

How will the new guidelines work?

The new draft guidelines state that advice to increase the chance of a successful pregnancy next time should be offered after the first miscarriage - something that currently, mums are not offered.

Those who suffer a second miscarriage will be offered an appointment at a specialist clinic to help to pinpoint any specifc causes, and will be given more support in future pregnancy.

After three miscarriages, they will be then become eligible for major investigation and care, such as blood tests to find any genetic abnormalities, whereas in the past, women were eligible for no support whatsoever until their third consecutive loss.

So, the genetic testing element of the new guideline will be the same as in the past, but the inital support after the FIRST miscarriage will be greatly enhanced, and after a second loss you'll become eligible for a specialist referral, unlike before.

The new guidelines also redefine 'recurrent miscarriage' to include non-consecutive occurrences - something that we think is a HUGE improvement and will mean so many of you will be able to access support so much sooner!

The new RCOG guidelines are due to be finalised by the end of the year.

Charities have called for a 'commitment from the NHS' to implement them consistently - Dr Edward Morris, president of the Royal College, told the media:

'Miscarriage is a distressing, shocking and traumatic experience for many women and their partners.

We believe women should access appropriate and standardised care after their first miscarriage and that is why we are endorsing the graded model for miscarriage care.'

Jane Brewin, head of the baby loss charity Tommy's, has also welcomed the update by the Royal College, in line with recommendations created by Tommy's and also backed by research published in medical journal The Lancet. She stated:

'We know what to do and how to do it, so now we need a commitment across the NHS to develop these care pathways and improve support for everyone.'

Do these new guidelines affect you? We'd love to hear from you in the comments, and we hope so much that it helps to prevent more miscarriages.