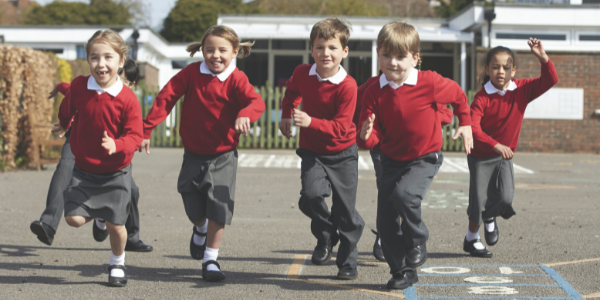 Surges in Covid-19 cases at schools across the UK has left experts fearing that early closures for Christmas will be needed.

With teaching staff at many schools needing time off to recover, many groups of school children have already started home learning again, and with the South African variant 'Omricon' now officially in the UK (thankfully there are only a handful of cases and it has been spotted early), education bosses are wanting to be cautious.

The DfE (Department For Education) has advised schools that sending home large numbers of pupils to learn from home should only be done as a 'last resort' under extreme circumstances meaning that if the government feels that cases are rising too rapidly, closures will be a possible measure.

St Mary's Church of England Primary in Hereford and Darwen Aldridge Enterprise Studio in Lancashire have already shut their doors for at least a week, and other schools in Buckinghamshire, Middlesborough and West Sussex have decided to close for at least a day in an effort to create a localised 'circuit breaker', with other areas following suit

You can read the DfE covid guidance for schools here.

Secondary schools have also been told that they should test all pupils on-site after Christmas in an effort to quell the rise in Covid cases. This has caused an outcry by members of a school leaders' union (ASCL) who have stated that head teachers are 'educators, not an ad hoc branch of the NHS', also pointing out that the time required to test all pupils and the logistics behind having to order large numbers of tests themselves will put schools under more pressure.

On a positive note, Sajid Javid has announced that we're 'nowhere near a full lockdown'...

He told Sky's Trevor Phillips in an interview last week;

"We know now those types of measures do carry a very heavy price, both economically, socially, in terms of non-Covid health outcomes such as impact on mental health. So, if one was to make decisions like that they would have to be done very, very carefully and we're not there yet, we're nowhere near that."

From Tuesday the 30th of November, masks will be compulsory on public transport and in shops, but not in hospitality settings. Medical exemptions will still apply as they did previously. He has also urged the public to get their booster jabs in the wake of the new Omricon variant. We hope that the quick action and precautions that have been taken recently mean that we can all have a fabulous Christmas with our loved ones.