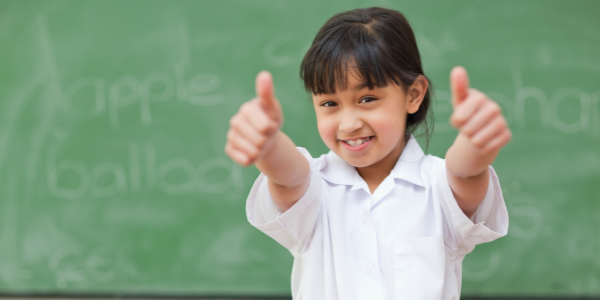 Have you read about the proposals for a new 'Schools Bill'?

If not, then it's well worth a read. The controversial proposals have divided parents across the UK, for many different reasons, leading to petitions being started to prevent the bill from being passed. On other hand, many parents and professionals have praised the aims of the new Schools Bill, lauding it as a great opportunity to ensure that our children recieve a better quality education. Many parents in our community haven't heard about the proposals, so we wanted to deliver a summary to ensure that you're all informed.

What is the 'Schools Bill'?

The proposals were published on the 12th of May 2022, and aims to 'underpin the government's ambition for every child to receive a world-class education, no matter where in the country they live'. The government have summarised the proposals as;

"A bill is a proposal for a new law that is presented for debate before Parliament.

Through the new Schools Bill, the government will raise education standards across the country via a range of measures including supporting schools to join strong, multi-academy trusts, introducing registers for children not in school and giving Ofsted more powers to crack down on unregistered schools operating illegally."

What new measures will be included in the Schools Bill?

If the bill is passed, there will be significant changes to the education sector in the UK. This list isn't exhaustive, so we've picked out the most important to note.

What concerns have parents raised over the proposals?

Quite a few different concerns have been raised by parents; this isn't an exhaustive list, but we've spotted that in particular, parents of children with SEN and bullying issues are worried, as are home educators.

Many parents are unhappy that, under the new proposals, the power to approve time off school during term time will be removed from head teachers, giving the Department for Education more power to set 'across the board' policies that won't take mitigating factors into account; parents of children who are victims of bullying or who have additional needs have particularly raised concerns here. It can certainly be harder for children with specific disabilities to enjoy a family holiday during the school holidays due to crowds, noise and a plethora of other factors.

In addition, if a child with an EHCP has an attendance order in place - which often happens when a school placement breaks down but a Local Authority has failed to offer a place at a more suitable setting - this order can never be revoked, under the new bill, even if a parent is able to offer suitable home education to their child.

Parents who home educate are also very worried as under the new proposals, they will themselves have to register as a school if home educating one child with an EHCP (education and healthcare plan), or more than five of their own children, subject to Ofsted inspections.

It has been noted by many that this could be a good thing, to ensure that parents are delivering a quality education, but parents of children who learn differently due to additional needs are concerned at how this proposal will reflect on how they deliver education in a way that their individual child can access. There also concerns that inspectors may have little experience of what an appropriate home education actually looks like, especially for children with SEN to whom the National Cirriculum may not be appropriate.

Home educating mum Hannah has taken to TikTok to discuss her concerns; it's an enlightening watch!

We can certainly see the pros and cons of the new proposals, especially the crack down on illegal and unregulated independent schools. The new boost in funding and focus on consistency is definitely something that could be beneficial to the education sector, but we also appreciate the concerns raised by some teachers and parents as a lot of power will be removed and placed with the Department for Education. We also can understand why parents with children struggling to access education in schools currently would be concerned - if the bill is passed in future, then all we can hope is that these concerns are appropriately addressed and actioned to ensure fairness.

Watch this space; if the bill is passed in future, we will provide more updates.

Trending
Having a Baby in 2022?
The 'Playing Out' Age is Rising
Mum Faceplants & Moons During Sports Day Fiasco!
Doctor Yells at Loud Mum in Labour!
ProductsAll
Too Big For Your Boots at schuh
Favourite Finds: Garden Playhouses
Favourite Finds: Garden Furniture for Little Ones!
The Best Baby Pools
Keep reading...
We've selected some similar articles you might find interesting