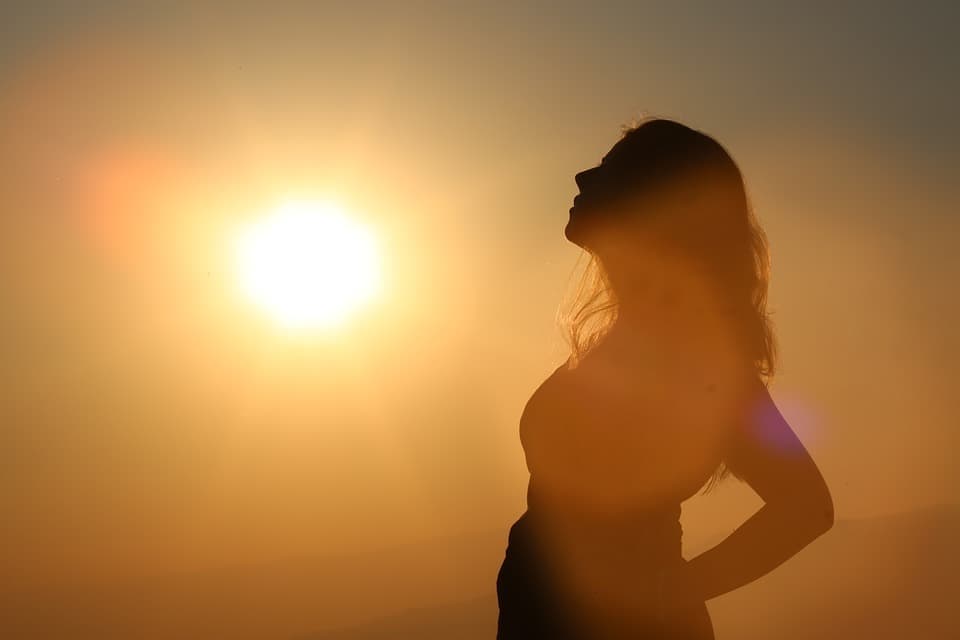 My story is one to give positive hope to any women struggling with infertility, trying to conceive naturally as an older mother, suffering after recurrent miscarriages, experiencing heavy bleeding during pregnancy or feeling anxious about stillbirth (or all of the above!).

We tried for 4 long stressful years to conceive a second child, undergoing 10 rounds of IUI fertility treatment due to unexplained infertility and sadly experiencing 4 recurrent miscarriages including a scary suspected ectopic pregnancy.

When I turned 43 we decided to stop fertility treatment as the odds were so stacked against us that we couldn’t justify spending any more money.

Aged 40-42 I had been told I had a 5% chance of IUI being successful but even commercial fertility clinics wouldn’t take my money for IVF, saying the chances of success were too low. I was told there was no likelihood of me conceiving naturally and I should consider finding an egg donor. At age 43 the odds of conceiving via IUI were reduced to only 1% yet the risk of miscarriage was a staggering 50% and any baby surviving those odds then faced a 1 in 35 chance of having Down’s Syndrome.

So, in February 2016 we stopped fertility treatment but continued to try naturally, not willing or able to accept defeat just yet. In June, I started to accept that it wasn’t ever going to happen and I gave away all the baby items I’d been storing for 6 years since the birth of our daughter. The very next month in July, I got pregnant naturally! We had beaten the odds to conceive but still we knew this was only the start of a long journey and we had to take it one day at a time.

When I saw “pregnant” on the test stick, I was filled with mixed emotions: absolute elation but mostly overwhelming anxiety.

I was thrilled to have conceived naturally but convinced that it was inevitably going to end in disappointment yet again. I immediately contacted Tommy’s, the Early Pregnancy Unit (EPU) and my local midwifes and they all recommended taking aspirin, as they said this can sometimes help if you’ve experienced recurrent miscarriages.

At 6 weeks we went to the EPU for a scan and were overjoyed to see a heartbeat. Although we knew we still knew the chances of miscarriage were high, we took comfort from having this early scan.

Then at 9 weeks I had a massive bleed. It was a gush of bright red blood pouring out, much heavier than a period. Our hearts sunk and we knew we had lost the baby. There was a huge clot which we thought was the baby and buried it in the garden, hugging each other both in tears as our dreams shattered yet again.

However, the bleeding only lasted an hour and was very different to my previous 4 miscarriages. So I rang the EPU for advice. They suggested I come in for another scan but they were fully booked until the following week. It was a long week. I wasn’t bleeding anymore but in my heart I felt no baby could have survived such blood loss.

When we had the scan at 10 weeks we were both absolutely amazed to see a tiny baby on the screen with a strong heartbeat. With tears of happiness streaming down my face, I asked the sonographer how this could be.  Apparently, I had 2 sub-chorionic haematomas but they hadn’t affected the baby or the placenta. Although we were hugely relieved and overjoyed, we knew we weren’t out the woods yet. I stopped taking the aspirin at this point in accordance with medical advice.

Later that week I went to a private clinic in London to have the SAFE test for Down’s, Edward’s & Patau’s syndromes.

Due to my age, I was convinced that the NHS test at 12 weeks would show the baby was at high risk and that the NHS would advocate having an amniocentesis, which I didn’t want given the risk of miscarriage. As part of the SAFE test, as well as collecting my blood, another scan was conducted. It was reassuring to listen to the strong heartbeat again and see my little fighter in 3D and 4D. The sonographer measured the 2 haematomas and said they could bleed again. So I continued to be on tenterhooks.

It was still a shock when at 11 weeks I had another heavy bleed. Again, not knowing whether we had lost the baby, I rang the EPU and we went in for yet another scan later that week. Somehow our little one was still hanging in there! We were so thankful but equally so anxious. Was this roller coaster ride going to continue?

When I got the phone call from the private clinic in London, I listened in trepidation as she read out my SAFE test results. Thankfully, they showed a very low risk – 1 in a million chance. This was such a huge relief and wonderful to know so early at 11 weeks.

Most women have their first scan at 12 weeks but when I went in for this routine scan, it was the 5th time I had seen my baby! Since the bleed at 11 weeks I had been spotting every day and was constantly worried. The sonographer was so reassuring, advising me that the position of the haematomas did not look as though they would affect the baby or the placenta but they could continue bleeding throughout my pregnancy.

She gave me a photo of my perfectly formed baby, which was something to treasure.

I continued spotting until just before my 20 week scan. At this stage the haematomas couldn’t be seen and I breathed a huge sigh of relief. We had made it to the half way mark. But our journey wasn’t over yet…

At 21 weeks I started obsessively counting kicks. Thanks to social media, I was aware of stillbirths that might have been prevented if mothers or hospitals had acted when the pattern of kicks changed.

With my first child I wasn’t even aware of the need to count kicks and she was fine but this time round I was leaving nothing to chance. As I was 44 in my third trimester, I knew I was at high risk of stillbirth. The consultant told me that my chances of stillbirth were 1 in 200. In the 1st trimester we had defied all the odds stacked against us. What were the chances that we could be so lucky again throughout the 3rd trimester?

I recorded every kick, every hour, every day from 21 weeks onwards using the Kicks Count app. I think all the medical professionals I saw during this time thought I was paranoid but the daily & weekly profiles gave me reassurance that I understood by baby’s rhythm.

All seemed to be going well until at 36 weeks when I was shocked to be diagnosed with gestational diabetes. With small adjustments to my diet, such as reducing my fruit intake at breakfast, I kept my blood sugar levels under control. However, my birth plan went out the window as I could no longer deliver in the birthing pool at the local birthing centre and had to go to the county hospital for consultant-led care.

Due to the gestational diabetes the consultant planned to induce me at 38 weeks, as the baby was at risking of being large. However, the growth scan at 37 weeks showed the baby was actually below the 10th centile. So the consultant agreed to postpone the induction until 39 weeks + 6 days. He wouldn’t let me go past my due date though, due to my “advanced maternal age”. I really didn’t want to be induced – I wanted a totally natural birth using hypnobirthing techniques. My last hypnobirthing class was scheduled for 39 weeks + 3 days, so I hoped the baby would wait until after then but arrive before the planned induction!

Then at 38 weeks + 2 days I didn’t feel any kicks all night. From 8pm until 6am I felt nothing. This was not normal. Had I slept through some kicks? Had I slept through my baby dying? I drank a glass of iced water and lay on my left-hand side with my worst nightmare playing out inside my head. Thankfully, after about 30 minutes I felt a kick but I was still worried by the lower than normal movements. This baby was keeping the roller coaster ride up to the very end!

I phoned the midwife to discuss the period of reduced movements I’d experienced and they suggested I come in for monitoring straight away. I felt like I was wasting their time but it was very reassuring to know the baby’s movements & heartbeat were monitored and considered normal.

As if this baby hadn’t scared me enough already, I had another period of reduced fetal movements at 39 weeks + 3 days. As before, I went in for another monitoring session. Having not kicked all morning, as soon as the midwife palpated my tummy, the baby started kicking. Feeling like a fraud, I apologised for wasting her time. The midwife was very kind, saying I did the right thing by coming in to check the reduced movements.

By now, I was ready to be induced and get off the roller coaster ride! I was so scared I was going to fall at the final hurdle. I didn’t want to become one of the many sad stories I had read online. So, at 39 weeks + 6 days, I eagerly went into hospital to be induced.

Thankfully my story has a happy ending.

Our rainbow baby, Sunny, was born in April on her due date using hypnobirthing techniques and after only 40 minutes on the labour ward. She had low blood sugar levels due to my gestational diabetes and we had to stay in for 4 nights until they reached a satisfactory level. The midwife said that low blood sugar levels can cause brain damage so it was another stressful few days on the post-natal ward. However, after a very eventful and at times traumatic pregnancy, we were finally taking our healthy baby girl home.

So, to all those women who are facing fertility challenges, experiencing the pain of recurrent miscarriages or trying to have a baby aged over 40, don’t give up hope.

Acknowledge the statistics, face the facts & count the kicks – getting pregnant aged 40+ is a challenge and fraught with higher risk. But don’t ever give up hope, as sometimes miracles do happen, even against all odds.