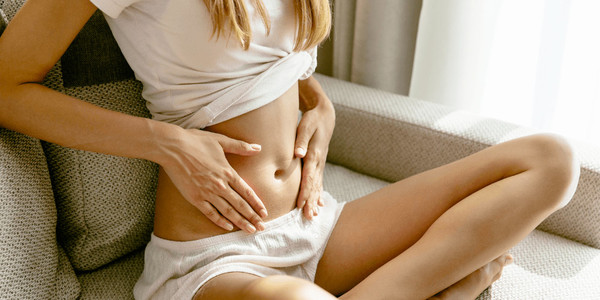 What is a Cryptic Pregnancy?

How would you feel if you found out you were pregnant quite far into the pregnancy? It must be very shocking!

Of course, there are still many people who are sceptical on this topic, especially if you’re someone who has had the full works when it comes to pregnancy symptoms. I personally had a very wriggly baby and a massive bump! However, despite this, cryptic pregnancies are a real thing, and it is possible to not know you’re pregnant at the traditional 4 week mark that comes with a missed period…

What is a ‘cryptic’ pregnancy’?

‘Cryptic’ meaning hidden, a cryptic pregnancy literally translates as ‘hidden pregnancy’ and is used to describe pregnancies that go undiagnosed until labour is imminent, actively happening, or even sometimes when a baby is born to a mum who thinks she just has a stomach bug! Some medical professionals class any diagnosis after 20 weeks as ‘cryptic’ but this varies and there is no real official definition here! It happens in 1 in every 475 pregnancies, so it’s not actually that uncommon.

Sometimes the term ‘cryptic pregnancy’ is hijacked by a completely different medical situation, though – there are a small number of women who can be convinced that they’re pregnant for very long periods of time, sometimes even years, even with a negative ultrasound scan and conclusive medical proof that they’re not pregnant. They may describe themselves as experiencing a cryptic pregnancy but this is not the case. It’s quite sad, as clearly these women really want to be mummies, something many of us can relate to. This episode of Dr Phil highlights this perfectly…

How can people not know they’re pregnant, though?!

These are all misconceptions based on the average pregnancy. In reality…

It’s also good to note that not all women will get a positive pregnancy test even when pregnant, for various reasons!

We have quite a few mummies over in our online community who have experienced a cryptic pregnancy, or a later than usual diagnosis. They’ve shared their experiences with us here!

Alex: “I found out with mY first at 28 weeks then with my second found out when I was in holiday in china that I was 32 weeks, no weight gain or show in both also no symptoms whatsoever!”

Sarah-Jane: “They thought my sister had a fibroid turned out she was 26 weeks pregnant!”

Halee: “My sons first daycare provider didn’t find out until she found herself pushing a baby out. The drs told her all her organs were shutting down. They didn’t even know after hours of her being in labor at the hospital, they told her she was literally dying. She said she had to poop they wouldn’t let her up so she started pushing and they welcomed a healthy baby girl. THE WHOLE hospital was shocked. Carried the baby full term in her back. Shes literally 130 pounds soaking wet!”

Kayleigh: “my mum didn’t find out she was pregnant with me till she was 7 months pregnant she will still getting her period and pregnancy tests will coming up negative no bump nothing happened with my little sister as well but she was nearly 8 months with her as soon as she found out the bump appeared almost over night.”

Jen: “I found out after having first baby that I had PCOS after I stopped getting periods and told I would prob need ivf for a second, so because I didn’t get any periods i kept testing just in case and kept saying negative in the end I left it a bit and then done a test again on the off chance and turned out I was 4 months pregnant, had an anterior placenta so struggled to feel any movements through most of the pregnancy!”

Carmen: “With my wee boy I went to hospital for back pain and was told I was in labour! & with my wee girl I was 30 weeks and went to the doctors with a flu!”

Ashleigh: ” I was 26 weeks with my youngest. No weight gain, in fact I’d actually lost weight! No other pregnancy symptoms what so ever. Found out on what would have been my dads birthday.”

Rachael: “I was 37weeks with my eldest when I found out! Saw the midwife who estimated I was 16-18weeks. Lucky they rushed me for a dating scan as I was 38weeks that day and he was born a week later!”

Rachael-Marion: “I had normal periods and was also on the implant which had been changed 2 months before my little girl made an appearance. I was in labour but been treated for kidney stones and kidney infection as I didn’t know, when i got my blood results back they told me at 10:20pm that I was actually pregnant and in labour. Come 12:05am I was in danger and so was little one and had to have a emergency c section and she was born at 12:27am on the 6th of June 2016!”

So there we have it… it IS possible to find out that you’re expecting later in the pregnancy than you’d generally anticipate… sometimes during labour itself!

How Do I Pick My Baby's Name?

How Do I Write A Birth Plan?