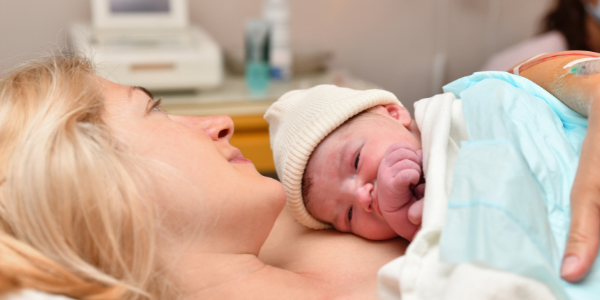 When you’re heavily pregnant, and overdue – especially for the first time – the word ‘induction’ can send a shiver down your spine!

Becoming a mother means venturing into the unknown for a lot of us, and as a person that always liked to know what’s what, I found that really difficult at first.  I always liked to have a plan, and having to be induced was the first time I realised that my baby had plans of her own!  I did learn to cope with that – embrace and enjoy it even – but at the time it was a shock to the system!  Which is why I thought it would be nice to gather other induction experiences and give all you lovely expectant mums out there an idea of what to expect – to remove an element of the unknown from the experience.

We asked members of our Bump, Baby and You private support group to share their own induction stories.  Read them below… 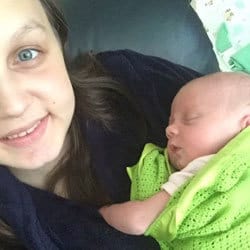 Jessica Woods:
I was induced at 37+3 due to reduced movement. I went in and was examined and I was already 2cm!

They popped my waters at about 3:15 and half an hour later my contractions started to be regular, then nearly 6 hours later my little girl was born.

It was so quick and I was really lucky I didn’t need the pessary or gels or the drip! 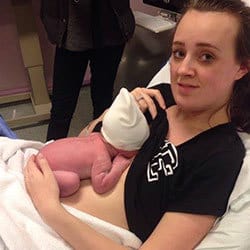 Jadee Hughes:
I was induced at 38+1 due to constant reduced movement from my lb.

All done on no pain relief. Best experience ever!! 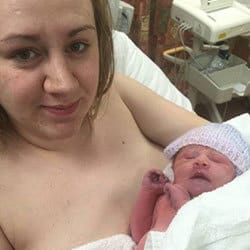 Bethany Collings:
I was induced a week prior to due date.

I went in on the Friday, had the first pessary at 6pm. Then the next day at 2am, I had irregular contractions and was on and off. Got sent downstairs to have a shot of diamorphine and I was gone.

I woke up at 10am for them to check me and the contractions had stopped. Still only 1cm so I asked if I could go out for a bit. They agreed so I headed off to Morrisons across the road! I was howling down the aisles with pain lol!

Come 2pm and they checked again, still nothing. Lots of women were having babies so she explained I was in a waiting list for my waters to be popped. At 6pm they popped my waters and I was in full blown labour, couldn’t hack it for long and after two hours had the epidural. I then slept through and at 10pm they woke me, went back to sleep and at 2am told me I was 6cm. At 4am I was told I can push, my epidural wore off at this stage and I was on gas and air.

Phoebe got stuck but they didn’t believe me. I turned around and told someone to f*** off out and grab the delivery team. She came in and explained she was going to do a forceps. I agreed (begged) and it turned out that Phoebe had her fist to face so as I pushed, she pushed back in.

Jordanna Cook:
I went in on a Tuesday evening, and had the first pessary at 7pm. Woke in the early hours with contractions, but they faded off. Second pessary, and again they started but faded. I was left for a whole day with nothing as they were busy….

Long story short I ended up having five pessaries, they couldn’t break my waters, I was having really bad contractions but wasn’t dilating. So on the Saturday after four very long painful days I ended up having to have a c-section – and Meredith was born at 13.35pm! As of 12/03/16 she’s now nearly 18 weeks! 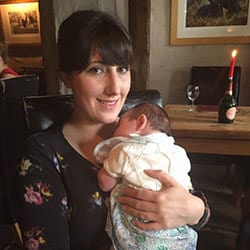 Gabrielle-Luca Antionette
I was induced as part of the Phoenix trial for Preeclampsia. After two weeks in hospital I was induced at 37 weeks, the midwife said my cervix was quite high and far back but she managed to give me a sweep and I had a show, she inserted the 24 hour pessary. The following day I had period pains all day, unable to walk at times. When the pessary was taken out a midwife examined me and told me I hadn’t progressed very well. I was very upset as I didn’t want to have any more intervention. I woke 6:30am the following morning with intense contractions, lasting over a minute and only 2 minutes apart. I used a tens machine for two hours then had a bath, the doctors did their rounds and said they were going to leave me as I clearly was in labour, I used my yoga ball and husband massaged me, I was given some painkillers, at 14:30 my waters broke and I was 8cm dilated, I was taken over to the labour ward and was examined again and was 9cm. I had gas and air and my little girl the was born at 18:39, I had a small cut but had no instrumental intervention. 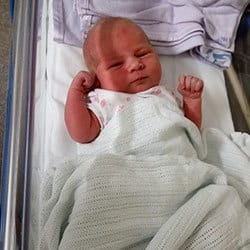 Samantha Buse:
I went in at 40+4 to be induced. Cervix was quite thin so they did a sweep (my 5th) which broke my waters but didn’t start labour. 24 hours later labour still hadn’t started so I skipped all the pessaries and had the drip straight away. Immediately I started having contractions and my little girl was born 6hr 30 mins later. She turned back to back which was horrendous but luckily came out face down. My perfect girly Matilda!!xxx 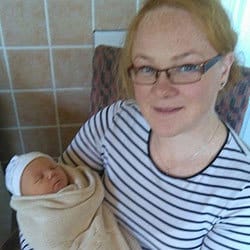 Kayleigh Thompson:
I went in at 6am on the Thursday, had the first lot of gel at about 7.30am, 2nd lot at 2pm. I had started getting very small pains 5 min apart… waters started trickling at 3.15, put onto drip at 6pm, examined at 9.45pm and was 5cm at 10.05pm . I was telling the midwife I was ready to push to which she said oh no we are way off! Persuaded her to examine me at 10.15 and yep I was fully dilated and half an hour later my little girl was here. The worst part of being induced was my contractions which were always very close together – they started at 5 mins apart and just got stronger and stronger. I didn’t want an epidural, they wouldn’t give me pethidine as my little girls heart rate had dropped a couple of times and gas and air made me sick so I was riding solo! 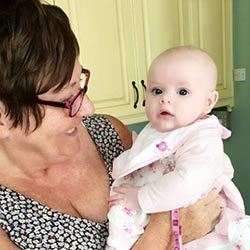 Jane Conaghan:
Inducted 3pm on a Sunday, gave birth 5am on Tuesday. Two pessaries – I refused the third one as cervix was completely thinned out so it would have served no purpose other than to give me pessary pains on top of labour pains. The best advice I received was that I had the right to refuse pessaries. I was moved to the labour ward at 6:30pm on the Monday. Requested an epidural before I even went too make sure I got one. Still had to wait until 12:30 am. As there were emergency c sections and no anesthetists available.

My advice to anyone getting induced – don’t be a martyr! You are going through it, if u can’t cope take pain relief. Baby was born with forceps within 15 minutes of pushing as cord around neck and was distressed. 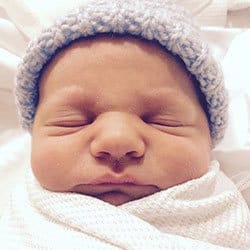 Lynsey MacDonald:
I was induced at 37+2 due to reduced movement. Admitted at midnight on the Thursday and the monitor showed tightenings so instead of the pessary I had a sweep. Taken to labour ward at lunch time Friday to have waters broken…hilarity ensued. God knows what people thought out in the corridor! Between that and the faff with the maternity pads and those net pants (one of which pinged off into the loo), I was keeping my midwife amused! At 4pm I was put on the hormone drip. At 6.30pm I went from being sore to all of a sudden sweating and feeling really sick so my midwife gave me a little morphine. While I was getting the morphine I had a contraction that made me feel like I needed to pee so went to the loo with midwife keeping her eye on me. Sat there a little while and nothing happened. She asked me if I had done anything and I said no…then I kind of pushed. Morphine was kicking in and started to feel a little dopey, my midwife was trying to get me to get back on the bed and I told her I was comfy sitting on the loo haha. Made another attempt to push at which point my midwife managed to get me back onto the bed and next thing I was pushing away. The other midwife had to phone my boyfriend as I made him go to work that day thinking it was all going to take much longer. He turned up at 7pm and our little boy shot out at 7.28pm. I did end up with a 3rd degree tear but to be honest I didn’t care at all. My boyfriends favourite bit was in the penultimate push (I was aware baby’s heartbeat slowing after each push because of the morphine) I exclaimed ‘let’s do this!’…I have no recollection of this haha. Despite the tear I found the whole thing very positive and everyone was lovely. It certainly hasn’t put me off having another baby!