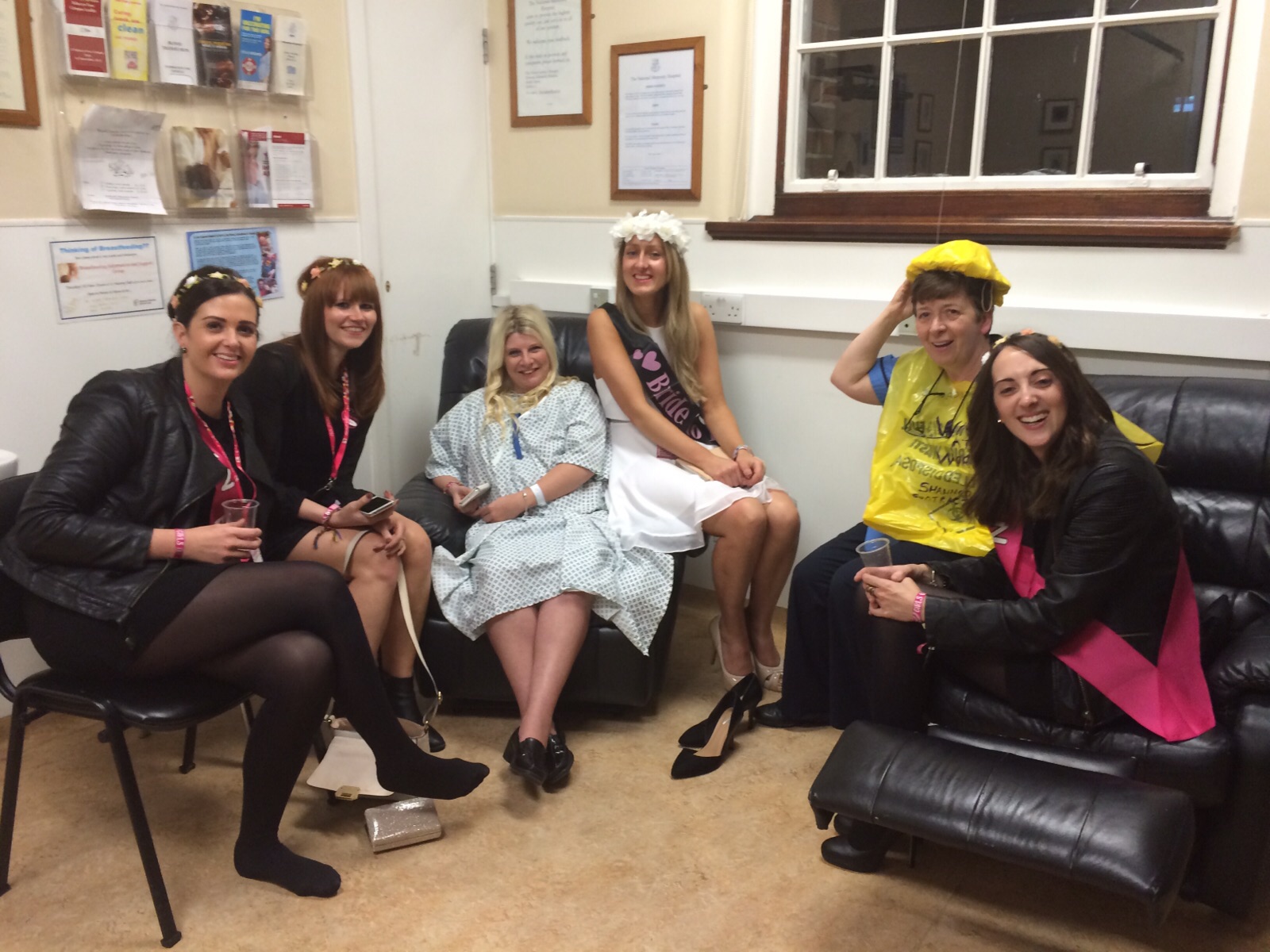 I was very naïve when I got pregnant with my first child, Charlie. I didn’t have a birth plan but just wanted to go with the flow and see what happened. I didn’t want to decide what drugs I would be open to taking or even who might be in the room with me. Did I want a water birth or not? It was only when the decision was taken out of my hands that I began to have some serious thoughts about what I actually wanted.

I went on my best friend’s hen do in Dublin at 34 weeks pregnant. The Doctor had signed me off to fly and I had been having a straight forward and easy pregnancy. It was in a packed bar Saturday tea time that my waters broke. To be honest, it still didn’t seem real so I nervously giggled whilst the hens were frantically running around trying to sort me out.

I was taken to Dublin Maternity Hospital (who were ace by the way) where I was examined and informed that my waters had completely gone. The baby was breech so unless he turned then I would have to have a caesarean section. I had not gone into labour at this point but was told it was usually in the 48 hours following this, so I would be closely monitored.

It was at this point I began to panic. How long would I be in Dublin? Would my partner and Mum be able to get there in time? Where would they stay? What about work? The next piece of information really knocked me for six. If I didn’t go into labour within 48 hours and subject to no infections  I would have to stay in Dublin until he was ready to be born. It could be 2 days or 2 weeks.

I actually burst into tears at this point. This wasn’t supposed to happen. I was completely out of control of my decisions and what my body was going to do. I couldn’t expect my Mum and partner to be able to get two weeks off work or have the financial burden of funding a two-week trip to Dublin.

For the next 48 hours I willed and wished myself to go into labour…. but I didn’t. Not one single contraction. There was no identifiable reason for why my waters had gone. I didn’t have an infection or any other complications. My partner, Kyle had taken the first ferry over the next day to discuss our options.

We decided after two days to take a risk and discharge ourselves against the strong advice of the midwives. We had to sign a disclaimer form, but this was our decision. One decision that we had the opportunity to make.

The ferry ride was the longest journey I can remember. After 7 hours we finally arrived at my local hospital which coincidentally was also my place of work. It was familiar and felt like home and was such a huge relief to get there. The midwives and doctors were excellent. They didn’t feel the need to keep Charlie inside any longer. They asked me if I would prefer a c section the next day or in 3 days. I opted to have the section the next day.

It was all a blur from there.  I could make some decisions myself. Some of the drugs I had, who I had in the room with me and the underwear I had on (this does matter ha ha). But the biggest decision was not in my hands. Charlie was born healthy and a good weight for 5 weeks premature. He still had to spend 9 days on the Neo-Natal Unit. The thing is, it still didn’t fully sink in what I had missed out on. This was my first birth. I didn’t know any differently. It was only when all my friends got pregnant and started to relay their stories of natural birth that it really hit me.

I began to feel like I had missed out on having contractions, understanding the pain and physical feelings of pushing a baby into the world and having those first cuddles. It made me want to have a choice if I got pregnant again and I really wanted to try for a natural birth.

Fast forward two years and I faced this decision. Natural birth or elective section. I chose a natural birth, but my decision did not matter as I ended up having another C Section anyway. Induction was not an option due to the risk of rupturing my scar but after two sweeps my cervix remained closed with no sign of my waters breaking. The safest thing to do for my second child, Jorgie, was to have another section.

I felt disappointed. I had tried absolutely everything to bring on labour. Raspberry Leaf tea, Chicken Madras, Pineapple, 6-mile walks and birthing balls but with no success. I felt sad that I would probably never experience a contraction, the moment your body lets you know you are about to give birth, the physical pain and the euphoric moment when the baby pops out.

Don’t get me wrong, I am beyond lucky to have become pregnant at all, let alone give birth to two beautiful children. I totally understand that. I also understand that Mothers who have experienced natural births probably think that I am lucky not to have experienced it.  However, other mothers who haven’t had the opportunity, will understand where I am coming from. A C-Section is definitely not a walk in the park both mentally and physically.

I once read somewhere that approximately 50% of mothers don’t get the birthing choice they want. I suppose that along with all of the other unexpected surprises that we encounter during the journey of birthing and raising children, this is just something we have to accept. If it ensures that our babies are delivered safely and that Mothers are in the lowest risk situation possible it is a small price to pay.

How To Have A Great Holiday With A Baby

What Is Safe Sleeping? Reducing the risk of SIDS