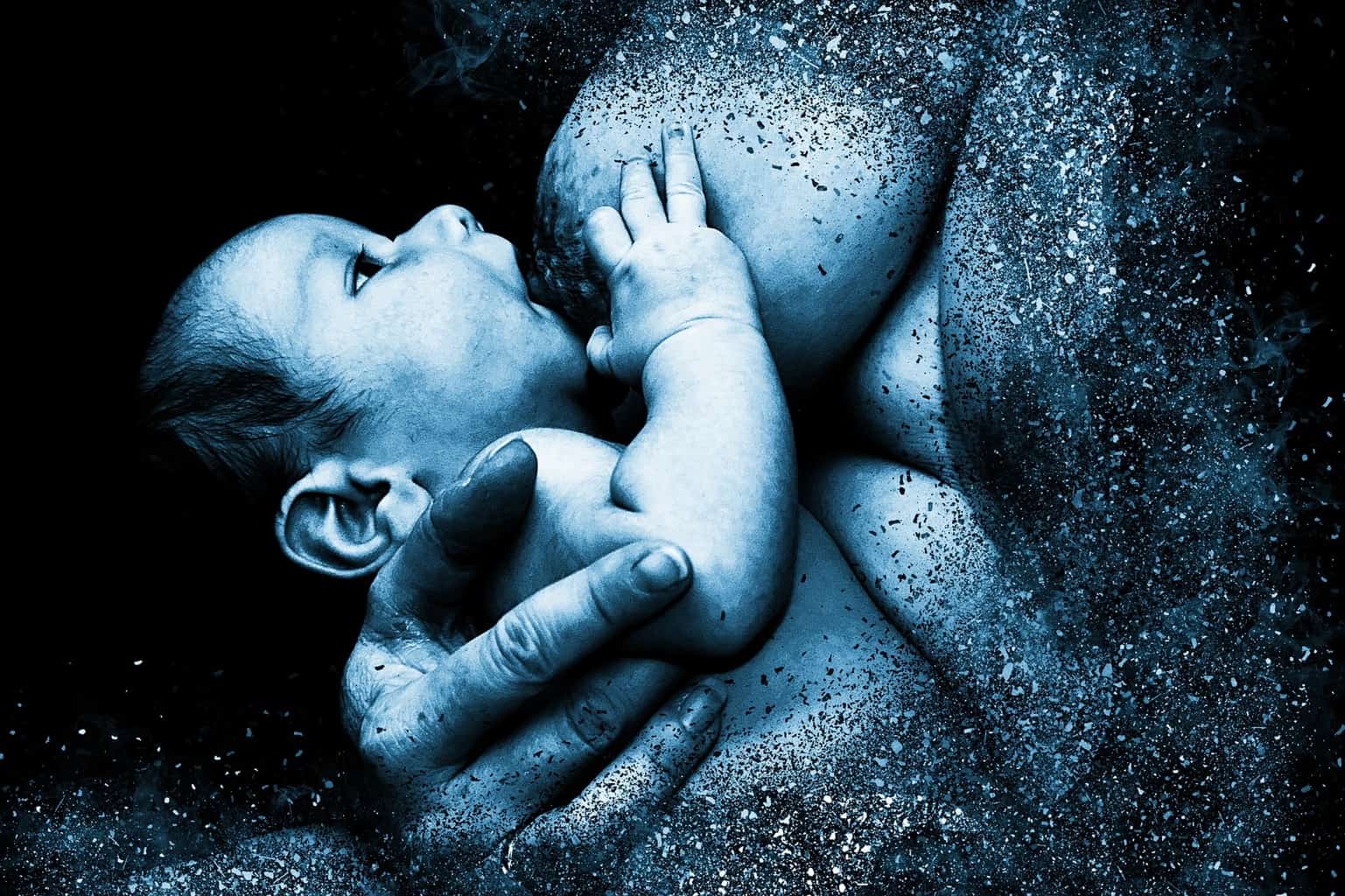 Breast Is Best But Not For Me

Now I’ve been pondering in my head for a while now whether to post a blog on such a demanding topic, one that brings so much debate among mothers and professionals. A topic that every mother can relate to at some point during their first few weeks of motherhood whether they choose to breastfeed or not.

Before I alienate anyone, I feel like I need to add a disclaimer to this blog post. The disclaimer being that I do not judge a single mother on how she chooses to feed her baby. I don’t agree with the term that breast is best – yes, it is extremely beneficial to the baby – but for me, fed is best. If your baby is happy and thriving and not starving then who is to say what you are doing is wrong?

My story is probably very similar to lots of mums out there and I am hoping that a relatively new mum who is going through the struggle will read this post and tell themselves that it’s ok. Tell themselves that they can call it a day on breastfeeding. Tell themselves that in fact the baby will be fine on formula. Sometimes you just need to hear it from someone else. You are a fantastic mum and whatever you choose to do is the right decision for you.

Ok so leading up to my labour, like a lot of people, I just assumed that I would breastfeed my baby. Simples. I mean how hard can it be? Baby sucks nipple and gets fed. And for the first couple of days this is what happened. Heidi took to breastfeeding pretty well so I thought. We were lucky enough to be discharged from the hospital the following afternoon and took home our little bundle of joy. 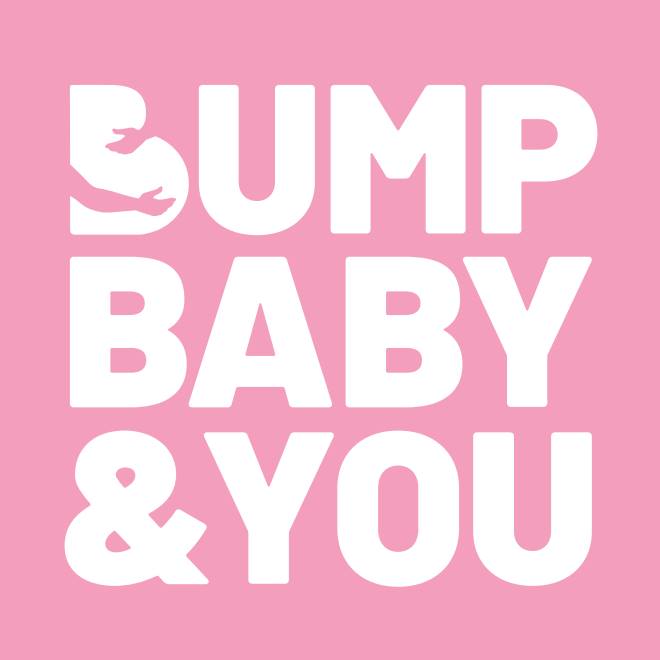 She absolutely loved the boob. She would feed on me for about five minutes at a time before falling asleep, only to wake up five minutes later and cry out for more. I didn’t mind at first as I was just taking it all in. I had no idea whether this was normal or not to be completely honest.

It felt like my life was on repeat for the first couple of days. She would feed, sleep, feed, sleep, feed, sleep. Rotating every five minutes. I was exhausted but I knew that every mum felt like this. I took comfort in knowing that while my  husband was pinning my head up against the wall with his finger at 3am because I had fallen asleep whilst feeding, that someone else out there was in the same boat. I often gazed out the window trying to send imaginary messages across to the fellow sleep deprived mummies.

Going into the journey of motherhood, Ross and I knew that sleep deprivation was all part and parcel of becoming new parents. I couldn’t wait for when my milk would come in and she could actually drink enough milk to fill her up and allow her to sleep for longer.

Oh how I was wrong.

I may be told different, because I don’t fit in with the average sally, but I know for a fact that my milk did not come in when it supposedly should have. In fact it never fully came in.

I voiced my concerns to the professionals that Heidi was not being fed enough and that I was tempted to buy some formula milk to top her up. In my head that sounded like the perfect idea, something that could put my mind at ease, knowing that she was getting the nutrients needed. But, to my dismay it wasn’t welcomed as a good idea by the health visitors.

I am not slating the professionals in any way here, they are doing their jobs and I cannot fault the immaculate care and attention I got during my first few weeks at home with Heidi. I completely value the midwives and the health visitors and I don’t know what I would have done without them in those early weeks.

I was told that by topping her up with formula, this would increase the chances that she would forget how to latch on to me and therefore may not feed from me. This frightened me as I still wanted to be able to breastfeed her, it was a sensational feeling that overwhelmed me every time she latched on. So, I listened to them and decided against topping her up.

*Excuse this hideous picture – sleep deprivation is to blame!*

For those that don’t know us, Heidi was a relatively small baby weighing 6lb8oz when she was born. She lost 6% of her birth weight (despite being told she had lost 11% and had to have a quick dash to the hospital – nightmare – but we were happy it was a misreading of the scales!).

Seeing her looking so small and delicate, not sleeping, and continuously feeding from me made our family members question whether she was not feeding properly. They voiced their concerns through me which only added to my anxiety.

I was then advised to start expressing from each breast straight after feeding. So my new cycle of life for the next couple of weeks went like this:

I was also advised to set my alarm for every twenty minutes throughout the night to pump each breast. This was to try and regulate my milk flow. I’m not going to lie, it was horrendous. I felt more like a cow being milked than I did a new mum feeding her baby.

By the end of week four, I had cried enough tears to fill up Heidi’s first bath. I had probably slept a grand total of 24 hours. I was exhausted. I was emotional. I was devastated that I couldn’t give my daughter what a mother should be able to give. I felt like I had failed her already so early on in her life. My head was torn, I wanted to pack it all in and give her a bottle of formula and ensure that she wasn’t hungry anymore. My family all supported me in this decision, but because not one health visitor had said to me “do you know what, you’ve tried your best and it’s not working, you are fine to move on to formula” I felt like I was doing the wrong thing. Every inch of my existence wanted to formula feed her but I just needed that bit of assurance from a professional who wasn’t forcing the benefits of breast feeding down my throat.

I feel like there needs to be more support available for the mums who want to breastfeed and try to breastfeed but just can’t. I also know that people may think that I wanted to give up too early, but I didn’t, I went to breastfeeding support groups, I had them send a specialist round my house, I exhausted all avenues.

By the end of week 4, after Heidi had lost more weight rather than gaining it like she should have, we called it a day. We went to Tesco and we bought some formula (which by the way you don’t get any club card points on, probably because formula feeding is frowned upon still by so many,  which I think is outrageous may I add). I gave my little Heidi Beau a bottle which she absolutely drained. This confirmed to me that I had made the right decision.

A week after switching to formula feeding our quality of life improved so much, as dramatic as that sounds, we were sleeping for longer periods which made life as a new family so incredible. We could finally start to reap the rewards of having a gorgeous new born daughter to revel in.

The aim of this post is to not say anything bad about breast feeding, if I could have successfully fed Heidi that way then I would have. I am genuinely envious for those that breastfeed their babies. And if I get the chance to try again I will. But I will support anyone switching to formula feeding after not successfully breastfeeding. And I hope that more people have the courage to do what’s best for them and not succumb to the pressure of modern day society making you feel like a failure.

Taken from my blog www.thelifeofamumma.wordpress.com