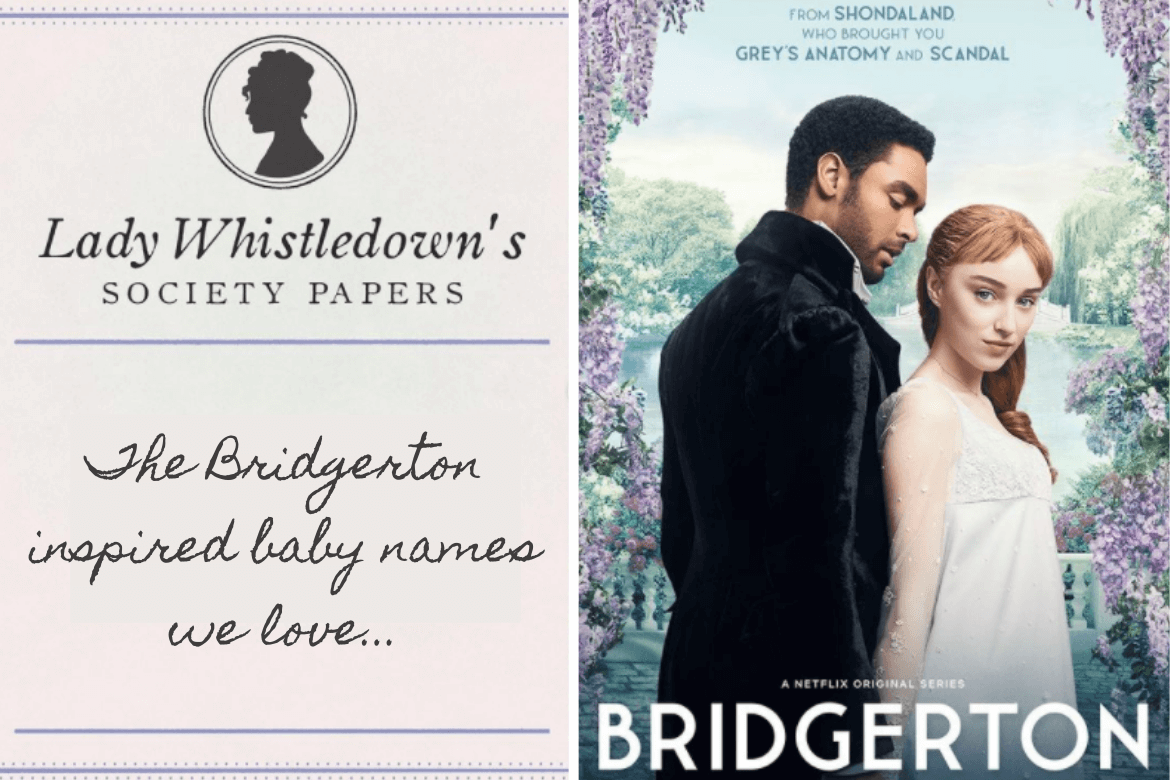 Hands up if you’ve been watching the hottest series on Netflix right now – raunchy regency drama Bridgerton seems to have everyone glued to their screens!

It looks as though the show will be leaving a long lasting mark as mummies to be are said to be taking inspiration from the popular programme.

Here are our some of our favourite names from characters in the show.

Origin: Pet form of Adele (noble) and Adelaide (noble one), Ada is also a Germanic cognate of the biblical Adah (adornment) and an Ibo name meaning “first-born female.”

Origin: Medieval English name originating from the Greek name Chryseis. In Greek Mythology, Chryseis was the daughter of Chryses (meaning ‘golden’), and she was named in honour of her father. Cressida therefore means ‘golden’.

Origin: Derived from the Greek daphne (a laurel or bay tree). The name is borne in Greek mythology by a nymph, the daughter of the river-god Peneus. She escaped from the attentions of Apollo by being transformed into a laurel tree.

Origin: Of uncertain origin and meaning, some believe it is from the Germanic Helewidis, a compound name composed of the elements haila (hale, hearty, sound) and vid (wide). Others believe it is a feminine form of Louis, which is from the Old High German Hluodowig (famous in war), a compound name composed from the elements hluod (famous) and wīga (war): hence, “famous in war.”

Origin: Derived from the Gaulish Genovefa, a name with Celtic roots. Roughly translates to: ‘tribe woman’.

Origin: Hyacinth is a variant form of the given name Hyacinthe. The name is derived from a Greek word meaning the blue larkspur flower or the colour purple. English variant forms include Hyacintha or Hyacinthia.

Origin: Marina is the feminine form of the Latin word marinus meaning “of the sea.”

Origin: Latin. Meaning “from Siena”. The city of Siena in Italy is known for its art treasures. The town gave its name to a reddish shade of brown.

Origin: Latin. Meaning: white cliffs. It was the Roman’s name for England.

Origin: Will is the English short form of William. William is an Old French name of Germanic origin. Meaning: Resolute protector.