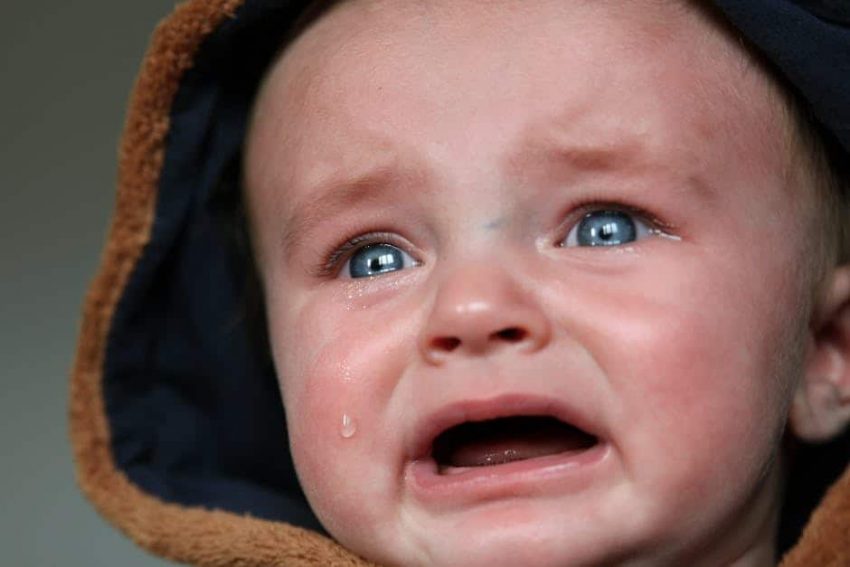 My baby girl is 6 months old and suffers with Cow’s Milk Allergy and Gastro-Oesophageal Reflux disease.

All through my teens I would go to bed in the early hours of the morning and wake up in the late hours of the afternoon with the odd “Nanna”nap in between. Life consisted of working to pay for my lifestyle which was going out every weekend. Oh how times have changed. Fast forward 2 years and I find myself lying in bed, drained emotionally and physically after another challenging night with my 6 month old daughter. Would I change it for the world? Of course I would, in a heartbeat.

If you take anything from my story please take this, follow your motherly instinct, it’s there for a reason and it’s normally right. The reason I’m telling my story is I believe there is not enough awareness out there for CMA or G0R disease, a lot of babies go diagnosed or simply brushed off with “your baby has colic”.

Looking back Elise first started showing symptoms as soon as she was born, for the first 24 hours after birth she wouldn’t take to a bottle, I tried, the midwives tried, the only person she eventually took a bottle from was her Dad (probably explains why she is such a Daddy’s girl), this didn’t ring alarm bells because as every parenting book tells you, “every baby is different” some take longer to learn things than others, some develop at a faster rate or some just prefer boob, little did we know she was actually refusing her milk and for a very good reason. We first tried Elise on Cow and Gate, I was a Cow and Gate baby so naturally that is milk I chose. Our first week at home was challenging to say the least, Elise would scream for 12 hours non stop, 6pm to 6am. In between the cries she would be turning from side to side and arching her back, her poo’s were so sporadic, some runny, some hard, some with blood! She would frequently get a rash on her stomach and projectile vomit with the majority of feeds, she was also feeding a lot, now when I say a lot I mean 5 ounces for a newborn.

I remember thinking to myself, ‘this wasn’t mentioned in the parenting books’. I knew I wouldn’t get much sleep in the first week but I certainly didn’t think I would be running on 1 hour every other night. This went on for the first week, the second week, the third week, then weeks started turning into months and I knew something wasn’t right, let’s just say motherly instinct. After 5 trips to the doctors and countless visits from our health visitor, they just put it down to colic, we tried everything colic related you could think of, the bottles, the medicine you name it, we had it. Elise still wasn’t improving and she then started losing weight.

Day in, day out, Elise would continue to have these screaming episodes, inconsolable, rolling about in pain. My partner works shift patterns meaning sometimes he would not finish until midnight so I was battling this as a one man band. Elise would scream for 12 hours nonstop, the next 12 hours would then be recovering from the last 12 hours and then preparing for the next 12 hours and this was a constant cycle for months, until one night Elise was screaming that much in pain the blood stopped going to her head and she passed out, I would love to sit her and say I remember in great detail what happened next but I really don’t, it was all such a blur, I just knew I had to get my daughter to hospital and quick. Elise stayed the night in hospital and that was when she was officially diagnosed with Cow’s Milk Allergy and Gastro-Oesophageal Reflux disease. Little did we know we would soon find ourselves back in hospital again because of the state Elise would get herself into, passing out in pain.

One night and I remember it as though it was yesterday, 3 hours into one of Elise’s screaming episode’s I just put her in her seat looked at her and started sobbing too, my daughter was looking at me to help her and there was nothing I could do to get her out this pain, her little face staring at me is something I won’t forget. Helpless and defeated. Looking back I think this was my breaking point and 3 months later I was then diagnosed with Post Natal Depression. I thought I may have been struggling with depression when the days and nights were just rolling into one another, I wore my pyjama’s all day everyday, I stopped leaving the house and I started to feel very anxious that someone was going to come and take my baby away from me. Every night I would do at least 5 laps of the garden to check no one was hiding. This was my brains way of telling me I couldn’t protect my baby from what she was going through, so I over compensated on protecting her from the outside world, the only thing I could “control”.
If I can give any advice to any new mother out there it is to look after yourself! Be a little bit selfish. Have that bath, have that glass of wine or even two! You are the primary carer for your baby and if you don’t look after yourself then you’re not looking after your baby.

After the diagnosis Elise’s routine changed, she is on 3 ounces every 2 hours, doctor advised little and often is key. After her bottle and bum change you’re then practically back round to bottle and bum change again. In every bottle she has her special milk which is Puramino and also one scoop of Carobel Milk Thickener, she then has 3ml of Omeprazole. Every time we leave the house it’s like I’m packing to go on holiday, starting young she doesn’t travel light! At night time Elise has to be propped up on an angle so the milk does not lie on her stomach causing the acid to resurface. Every cough in her sleep I would run to her room to make sure she hasn’t choked on her own sick.

I know there is a lot of babies out there that are in a much worse situation than Elise, whether that be battling cancer or fighting for their lives, but this is my battle and I’m sharing my story to raise awareness. Too many mother’s out there doubt themselves, to many mother’s out there judge one another, but if we all have one thing in common, it is that we all want to do the best for our baby and to be the best mother’s we can be. So please follow your motherly instinct, go to the doctor’s, ask for that second opinion, shout from the rooftops if you have to, just make sure you’re always heard because you’re the voice your baby doesn’t have.

Elise is like a different baby now and I’m starting to enjoy my first experiences of motherhood. Yes she still has bad days just like me with my PND, yes she still has crying episodes just like me with my PND but I’ve learnt to take each day as it comes because looking back we’ve come a long way together, I am her support and she is mine, she gives the best cuddles too.

However, I now believe in the saying every cloud has a silver lining because Elise has cut her first two front teeth last week and this was like a walk in the park for her compared to the pain she has been through, I didn’t even notice until she bit my finger one night and instead of feeling gums, I felt sharp little toothy pegs!
I don’t doubt for one minute we are through the tough times, Elise has just turned 6 months so we will be weaning her soon and off we go again on the dairy ladder, reintroducing milk into her system to see what kind of effects this may have on her body. Do I feel anxious? Yes. Am I worried? Yes. But welcome to Motherhood.