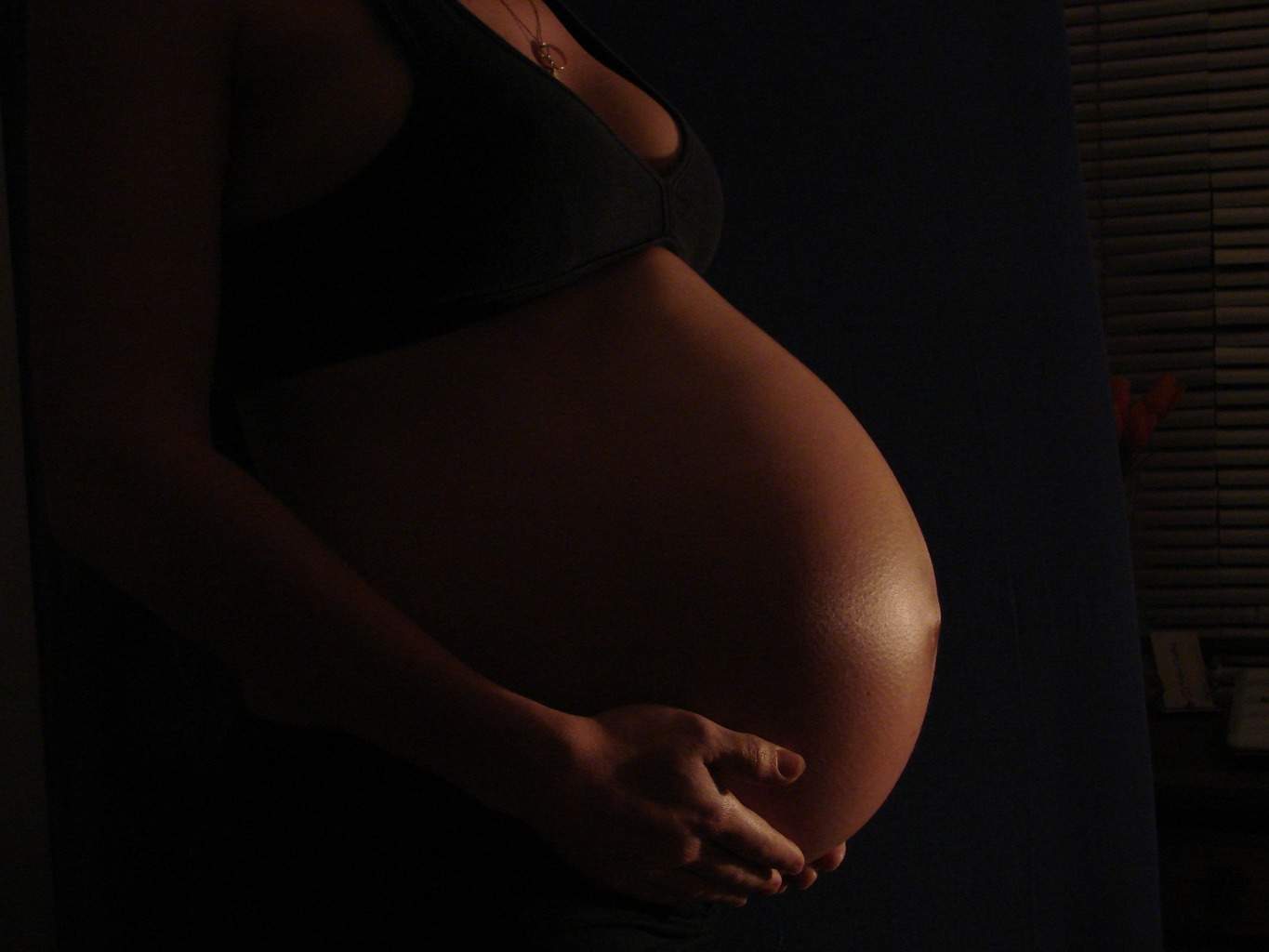 I Had an Epidural & Feel Super Guilty For It

Giving birth is a beautiful and extraordinary thing. It is the single most rewarding thing I have ever done, and I am truly grateful for getting to experience it. In fact, I can’t wait to experience it again!

I was super convinced that our beautiful baby girl was going to arrive a bit early. My mom flew in town a few days before her due date, and we were soooo ready for labor to start! But… nothing. I swear it’s like my mom came in town and everything stopped. Needless to say that was the total opposite of what we were hoping f or! This is where everyone pipes in with “babies come on their own time there’s nothing you can do!” But I wanted there to be something I could do. I had waited plenty long enough and I just wanted to hold my baby girl.

Days went by and still nothing. Finally her due date came! And went… I was so desperate. We even tried all the silly wives tales and things that are supposed to help labor start. Nothing worked.

It was a Saturday night, and my stepdad made it to our house with three of my younger siblings after driving three days across the country. They all expected baby to be here by the time they came. We ate dinner, shared lots of laughs, and then went to bed, all wondering when this baby was ever going to come!

It was 3 am that night, (or Sunday morning technically) and I woke up with this awful crampy feeling, and it didn’t matter which way I moved to try and get comfy, the pain didn’t go away. I looked over at my husband after writhing around in pain trying to tell myself it would go away, and he hadn’t flinched. Nope, my moving and whimpering didn’t bother him a bit! I figured all I could do was to take a nice hot shower because it was the only thing that ever made me feel better.

I stand in the shower, tears rolling down my face, until the hot water starts to run out. It provided little relief, but still the pain wouldn’t shake. My mom was sleeping in the bedroom downstairs so I texted her to see if it was actually happening, and if we should go to the hospital.

My contractions were close enough, so she said it was finally time to go! I got dressed, woke up my husband, and off we went! I was so excited and scared but most of all relieved that it was finally happening, and I wouldn’t have to get induced. We were going to meet our baby girl!

When I got to L&D, they checked to see how dilated I was and I was only at 4, so they told me to go walk around because they wouldn’t admit until I was at least 5 cm dilated. So annoying.

By that point, the pain had escalated and I was crying so much and walking was the last thing I wanted to do! I went out to the waiting room where my mom was and told her but I couldn’t do it. It hurt way too much. I sat down and tried to squat and just do anything to even slightly lessen the pain, but I could not get myself up to go for a jolly old stroll.

After about twenty minutes of that, we went back to the window and told them I couldn’t do it, so they would check again. I was already up to 5cm so they admitted me (yay!) and the process could finally get going!

I was in triage for a couple hours waiting for a nice room in the labor and delivery ward. Once I finally got there, it was so much nicer, and so much easier to remain calm. But by that time, I was ready for an epidural. I was beyond ready for an epidural. It could not have come fast enough! When the angel in disguise came in to give it to me, I was so relieved.

I got the epidural at about 7:45 am, and our baby girl was born at 3:13pm! That’s a long time to have such heavy medication being pumped in. Once I started pushing, it went super fast. I’m pretty sure it took no longer than 10 minutes and there she was, perfect and blue and right on my chest! I was in heaven. It was so surreal.

Everything was good and normal and she was in perfect condition! We’re expecting to get released the very next day, but we had to wait two. Then on the second day when we thought we were going to be able to go home, they told us that she had to be placed under the blue lights to prevent her jaundice from worsening. I immediately started crying.

They explained to me that she had to be put under the lights for a solid 24 hours. I was only able to take her out for thirty minutes at a time, and no less than three hours a part. I had literally been holding her since she was born, I was so not ready to let her go. On top of that, they came in to take her away and poke her poor, tiny, little heels every couple hours to test the levels. She screamed and cried the whole time she was under the lights and not in my arms. When it was time to take her out to feed she wouldn’t eat, but instead fall asleep in my arms.

I was so upset with myself. I hated that she was hurt and I couldn’t do anything about it. It was the worst feeling in the world to have to watch her cry and be miserable, and not be able to make it better.

I felt so guilty. It was all my fault. I had an epidural because I didn’t want to feel the pain. She was so tired when she came out because she had been pumped full of it as well. She didn’t eat much because she just wanted to sleep, so in turn she didn’t get the super important first poop out of the way, and her levels wouldn’t go down. All I could think about was that if I hadn’t gotten an epidural, she wouldn’t be so tired, she’d eat and poop and her levels would’ve went down and she wouldn’t have to be in that stupid thing under those stupid lights.

Needless to say my heart hurt. I cried for her. I hated myself for it. I mean I was already failing as a mother! Not how pictured things would go.

But ya know what? It could have been worse. I am so thankful for having a healthy baby girl, because I know there’s so many out there that don’t. So many mothers who’s babies were stolen from them. I could not even begin to imagine. Looking back, I feel selfish about it. I was acting like it was the end of the world, meanwhile there’s babies in the NICU just down the hall hooked up to tubed and needles and are starting their little life with surgeries and a lengthy hospital stay. Things can always be so much worse. Someone always has it harder. Be grateful for what you do have and don’t focus on what you don’t.

Those first three days were a roller coaster ride, but without that I wouldn’t have my baby girl. So yes, I’m thankful for it all, even the ugly parts. Because after it all, I have her ❤️

And when it comes to birth? Things don’t go as planned. It’s not certain. So keep an open mind and be prepared for anything! And please. To all my mammas out there, do not drown yourself in guilt. I know it’s easy for us to blame ourselves every time something goes wrong. But it’s life. Things happen. It’s not always rainbows and butterflies, but you are doing the best you can. And that’s what matters!

Taken from my blog: www.thepretentiousmommy.com