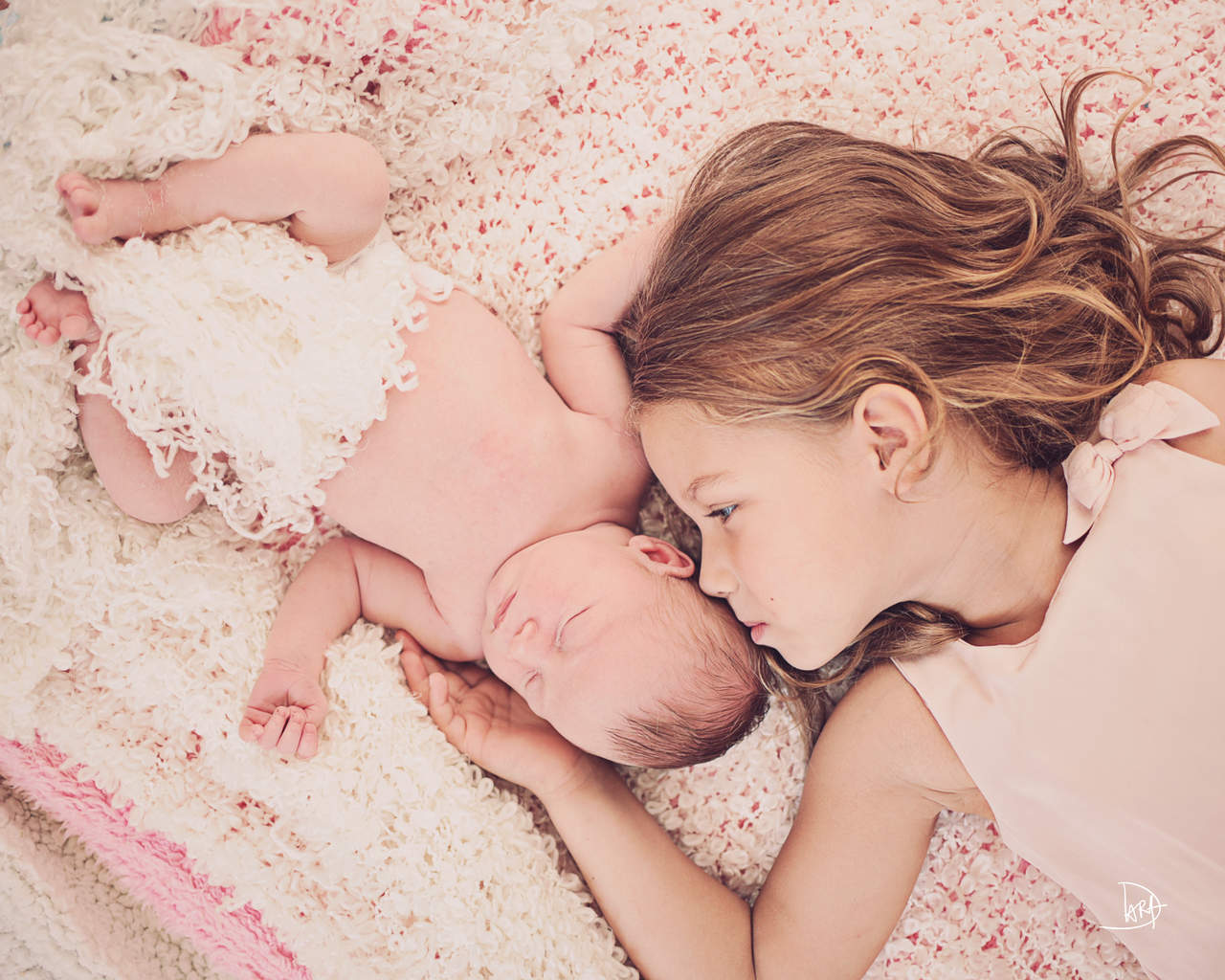 When becoming pregnant with my second child, again I was happy, but it was a complete shock as I’d created one miracle but had no idea my body would be capable of doing it again.

The first few things that ran through my head once the shock had died down were, omg I’m pregnant again! Sleepless nights! Teething! Smelly Nappies! Child birth and the sore vagina afterwards!!!! And not forgetting stupid Muslin cloths!! (Who knew a piece of material would be so useful but yet so fucking hard to find when you and baby are covered in sick in public!!) How on earth is it possible to love another child like you love your first born? (Yes we have all thought it).

The biggest fear for me was how my eldest would take the news. Would she be over the moon she was going to be a big sister? Or would she hate the idea of a crying baby taking up mummy’s time? I feared that I might leave my daughter out as I knew from the first time round babies are a bloody handful taking up your attention most of the time. My eldest is my absolute best friend in the entire world, it was me and my girl against the world. Will I resent my new baby for changing that? Will other family members leave my daughter out because there was a new cute baby in the mix? You hear stories about older children hitting their younger siblings. Will I fail as a parent too two children by not spreading my time fairly and equally?

All sorts of things were running through my head making me feel anxious about having my second baby.  As you do you get your eldest involved in everything such as hospital appointments, baby’s first kick, name ideas ( most of the names my daughter came out with were Disney character or shopkins names lol), the baby shower as the important big sister  and then of course scans. If you were like me you paid for a private gender scan. One reason I did this was because I’m highly impatient and over excited to spent money I haven’t got on clothes lol, the other reason was to get my daughter involved and excited at the idea of having a little brother or sister. In the scan I was praying for a boy, because I wanted one of each but mainly because my princess would remain my only princess, and again won’t be pissed about having a little sister wanting her toys when she got older lol. I found out I was having a girl! Over the moon I was but oh crap I felt a little sad as not only was my daughters mommy having a baby but a little girl. I worried that my daughter would feel replaced.

My second pregnancy was very different from my first. My first pregnancy was a walk in the park compared to my second. I could walk for miles with my first and I didn’t really experience a lack of sleep due to pains or get swollen feet in the heat, but in my second pregnancy I unfortunately had it all. I also didn’t buy half the crap I did with my first, like why on earth did I need a nappy disposal bin?  Or when did I even use my changing table unit? I mostly just changed my daughter on a changing mat on the carpet, I wasted my money as when she was around 5 months I was struggling to keep her still on the floor! I realised that I didn’t need to buy the best pram on the market. With the carry cot car seat and seat unit which can recline in 5 different positions, yes I thought it was well cool because it was big, but when it comes to going on the bus or putting it in a car, I realised that I made a big mistake!

With my second my pram wasn’t as flashy or as big and it didn’t have a hundred different features, which I learnt doesn’t mean shit because my baby will still throw up and mush food  in a pram costing £400 as much as she would in a pram costing £1000. It just isn’t worth it, I has learnt my lesson the first time. And as my  baby was the same gender as my eldest, 50% of her clothes and toys were hand me downs, I am not spending a fortune on top branded clothes how ever cute they are just to get piss, shit and sick all over (those poo stains are a nightmare to get out and once they were on they never hardly come off).

What is the point? I sometimes felt bad that my second daughter was probably not getting as much as my eldest did, but I had been a mom to a baby and toddler before and I got the t-shirt,  mug, pen and signed autograph book, it just isn’t worth it or essential.

They say you forget the pain from having your first baby which I believe is true ! Because when in labour with the second you quickly regain your memory and if again you are like me, you start to panic. When my baby girl was placed into my arms some of the worry I had experienced became a distant memory. I realised that; yes actually I can love another child as much as I love my eldest. Lying in the hospital bed with my new baby in the crib beside me, like I did with my first, I was amazed at how I did it again! How on earth did I create another beautiful little baby in my belly (miracles can happen)!

To make the first meeting of my new bundle of joy a special moment for my eldest, I only allowed her and my mom to visit for the first time, and I made sure she knew that she was the first person to meet her as she was the important big sister. She brought her little sister a balloon and herself one for being a proud big sister and she was indeed that.

When I got home with my new little girl and the visitors started coming round to meet her, I again worried about how my eldest might react. Why is this baby getting all the attention, balloons and presents where are my mine? But I soon realised that I completely underestimated my family and friends as they were all brilliant in giving equal attention. My eldest daughter was still very much loved by everyone and received a lot of love and big sister presents.

Yes my daughter got annoyed when the baby cried and threw up all over her, or when mommy didn’t have time to listen to her because she had to deal with this very loud baby (no baby is the same, my new little girl was a lot louder and more clingy than my eldest.) She actually does love her, and I found that I have not only got my partner to discuss things about the baby with, but another little parent who loves being involved and loves being a responsible big sister.

Instead of putting a wedge between me and my eldest daughter, my youngest little girl just grew the family closer and I couldn’t be prouder and more in love with my eldest than now that I see her being a fantastic selfless big sister.

I got on with life as a new mom to my two little girls and I got into the swing of things again quite easily (not the minimal sleep part though). Although I didn’t take a million pictures like I did the first time round or worry about the littlest things such as; is her cord meant to be like that? Why is her poop black? Is it meant to hurt when baby first latches? Am I doing this right?. It doesn’t mean I love her less or care less about her wellbeing, it was just that my eldest had already taught me the ropes. This time round I’m going to cherish every moment and do less mommy worrying, well about the minor things anyway.