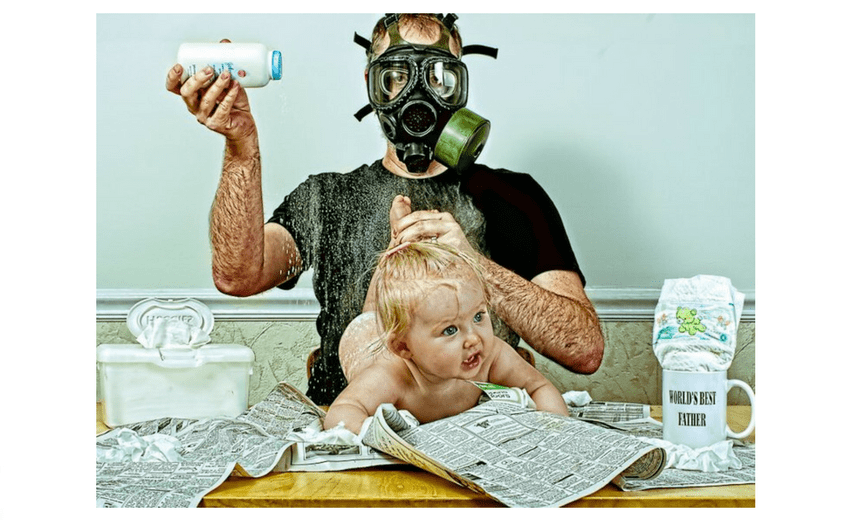 Nappy Changing: How To

How to tell when it’s time to change that shit, and how to get through it.

If you’re offended by this post, or take it too literally, I hold no responsibility to your actions or consequences.

I will not pay or be invoiced for your £80 council fine for having excess rubbish bags outside your house as your bin was too full of baby to fit anymore bags inside, and nor will I pay for your emotional trauma therapy. For further assistance you can find me at your local co-op in the alcohol isle.

Your miniature demon suddenly looks like they’ve stuffed a soggy aubergine in their nappy. The lyrics of “do yo shit hang long, does it wobble to the floor” plays in your head on repeat as you look on at the bulging, potentially vomit extracting subsistence that is hanging from said demon. You can sense it smelling your fear. You begin to sweat. Panic tries to take over, but you fight it off. “I’ve got this” you tell yourself. The changing bag performs its best Osama bin Laden act, but the sound of the baby wipes crying in unison leads you to it’s hiding place. “Sorry little guys, we don’t want this anymore than you do. But it’s time.” You feel it’s flap tensing in fear but you manage to sneak a cheeky finger in, just enough for you to rip it open and prepare them for operation arse wiping.

The sneak peak. After battling your demon to the floor and placing them on their back, you begin to strip off their bottom half of clothing. Sometimes you won’t get this far, because the shit that’s just came from this tiny human will have acted like glue and stuck their clothing to their skin. In cases like this, nothing can be done. The only option is to open the bin lid with one hand, and with your other hand while using an industrial strength kitchen tongs, flick them the fuck in the bin. (Please make sure you leave a note on top of the bin warning the bin men of this. They don’t deserve to be traumatised anymore than they already have been during their shift by your shit creature) If there’s no shit glued to said baby, you should prepare your changing station by ripping out of a fuck ton of wipes and placing them beside you in advance for easy grabbing.

Once you’ve mentally prepared yourself for what you just witnessed in the sneak peak, this is where shit gets real. Once you begin wiping, it’ll dawn on you that the wipes you prepared for wiping aren’t anywhere near enough for what need for this level of shit. You’re screaming inside as you measure the distance from arm stretched to wipe packet. It’s too fucking far. You cannot do it. You’ll have to do…. the stretch.

A stretch may sound harmless. But when you’re changing a shitty bum, it’s far from it. The minuscule second a stretch takes means having to let go hold of your shit monsters legs. They’ll twist and roll faster than your fit Olympic gymnastic lad off the telly and cover the entirety of the surrounding floor space in a minging shade of brown-green with a hint of mixed veg. If your belly flap isn’t in the way and your legs still bend how they did during conceiving your little turnip, you can attempt to use one to pull the packet of wipes closer while using your hands to hold said shitty persons legs in place. But if like me, and your belly flaps and claps more than a school of seals at a feeding pit. You’re fucked shit out of luck and are gonna have to stretch for that bitch.

Their arse is clean. Their legs are clean. Your floors fucking ruined but you’ll deal with that another time. You’re just about to put on a fresh nappy when, wait… is that, MORE fucking shit?! Here you’ll come to learn the magical shit hiding places. These are usually found among the thousands of wrinkles around the balls, in the thighs, on/in/around the willy. Flaps you’ve never laid eyes on before until now will be smuggling corn infested baby drops. I swear to you now, If Donald Trump had his way he’d put American citizens on a ban of procreating in fear they’ll use their babies shit hiding places to smuggle in Mexicans. They’re that fucking good at hiding it. A thorough examination and a clinical wiping session will get rid of all excess shit and prevent repeating this process in the near future.

If you’ve failed to make it this far in the arse wiping procedure without throwing your baby in the bin or having a mental break down, don’t worry! You have approximately 3 more years of your life to master this, possibly more depending on what drugs you’re taking to make you want to endure this for longer than necessary. If you had to throw your baby in the bin, I can only apologise for your hardship and pray your bin collection day is sooner rather than later.