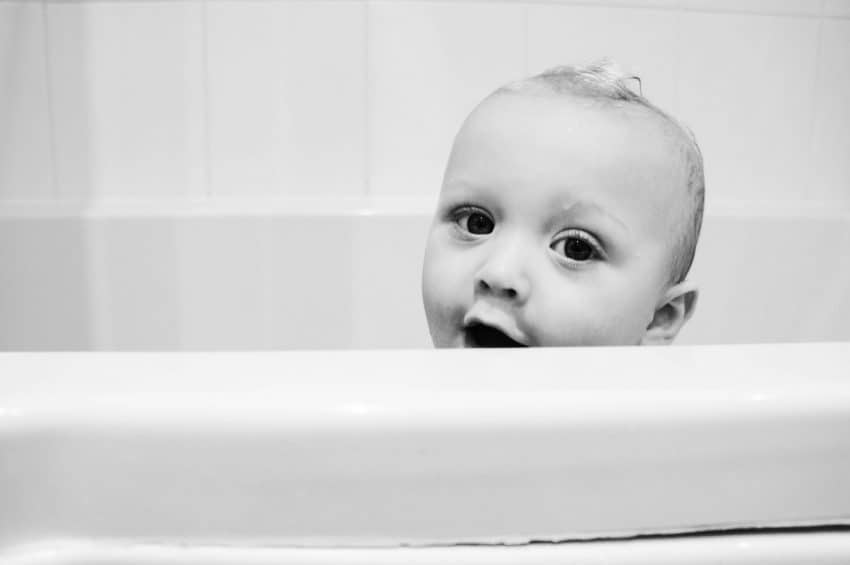 Being a 'Present Parent' - It's Totally Overrated!

Presence… isn’t that something we all hear and aspire to? Being a present parent. Enjoying the moments whilst our children are still small? Creating Pinterest boards with high hopes that tomorrow we will be better/do better/enjoy more. Yet life gets right in the way once again.

A couple of weeks ago Hayley posted on her Instagram asking how many hours a day parents actually spent really playing with their kids. Instantly a knot crept into my tummy… maybe one? I messaged her my ridiculously honest answer. Guess what her reply was? “THANK GOD!”

We weren’t the only ones, tonnes of mums started messaging. We all felt like we should be doing more. So, I decided to challenge myself. 7 days of being a completely present mother to see if I would feel better, what Rory may take from it and how practical an expectation that really is to set upon ourselves.

To give you some background on our set up I am generally always with Rory, so I am physically present. I don’t have a choice there. The little sausage is incredibly attached to people and likes to aways know I am in eyeshot. However, mentally I will often be elsewhere. I could be hanging out the washing, doing the ironing or writing to-do list etc. I will communicate with him a lot but I am not physically playing or crawling around with him.

Also, a confession and one that I think is wholeheartedly necessary. Whenever we are home, the television is on in the background, at all times. It buys me time. Its the difference between me grabbing 2 minutes to go for a wee or make a cup of tea. It’lifesaversaver. I don’t think I am alone with that (I bloody hope not anyway!) but I think we are all a little too embarrased to say it. Screen time is something that I think is thrown down our necks all the time, how bad it is for our children. It’s something that has in the past made me feel incredibly guilty. But actually when it really comes down to it. We are all in the same boat.

SO WHAT DID ‘THE CHALLENGE’ INVOLVE?

Well, just that really? Be in the moment as best as I can be for 7 days. Less telly. More play. More interaction. Less chores.

I spent a week of singing with Rory whilst changing his nappy, instead of it being the worlds biggest battle. A week of cooking meals with him instead of trying to run between him and the kitchen. Seven days of being in his face basically!

WHAT DID I LEARN?

Presence is totally overrated. Seriously. It’s unmanageable, unrealistic and exhausting! I’m obviously heavily pregnant which doesn’t help but in a “job” where you have no downtime, those 5 minutes you sneak in to scroll through Instagram are precious. For those 5 minutes Peppa Pig is my babysitter, sorry not sorry. I missed them.

Do you know who else wasn’t into it? Rory. He did generally like me helping him with his toys and that was fun, but only for very very small periods of time before he lost interest and would want to be onto the next.

I had grand visions one day of colouring and creating. You know who didn’t? Rory. He had grand visions of throwing things in the bath for 10 minutes whilst I picked them out to repeat the same process. He wanted to learn things his way.

The week did have some amazing take homes and I am glad I did it. There are definitely improvements to be made, but I do generally have to say that it actually really isn’t an attainable goal and we should just be honest. We have things we need to do.

TAKE TIME OUT TO BE PRESENT.

Maybe make it a once or twice a day thing where you really do dedicate 30 mins – 1 hour to truly be in that moment. I cooked from scratch a lot last week which is something I wouldn’t normally bother with. I’d find it to stressful with Rory wanting to be picked up a lot and it would take forever. I decided to sit him on the worktop and cook next to him. It’s not for everyone and my mum and Rich cringed when they witnessed him sat there whilst I prepped veg (so many accidents waiting to happen!!) but Rory adored it.

I gave him his own utensils and he pretended to stir/ate the ingredients etc. It’s hard work. There are a lot of hazards and you have to be in 50 places at once but it was so worthwhile and I felt really good about it. I felt like he learnt something, I felt like we had a nice amount of time together and I also felt like he ate his dinner better (probably a fluke!). It doesnt have to be something as “Martha Stewart” as cooking as I realise how cliche that sounds. It could be colouring together (although this always has us at stress levels 100 as he colours everything. Sofa. Walls. You name it), making sure you are going to soft play or baby groups or even just watching the bloody telly with them but talking through it and having physical contact.

THERE’S A DIFFERENCE BETWEEN “PLAYING” AND “ENABLING” AND BOTH ARE JUST AS GOOD.

Rory is a toddler so this may not go for all parents but his perfect idea of playing is opening cupboards, sorting things, banging things. Generally working out how the world works. I spent about 60% of our time together following him around whilst he explores. It’s my job to allow him to do so whilst learning boundaries “No Rory you can’t pull everything out of the draw and then just bugger off” and making sure he is safe. I’ve never really clicked that actually, this is playtime to him. Thats what he wants to do and what is most beneficial to him at the time.

It’s also totally fine for us to be doing this whilst thinking of what you need to get from the supermarket later and not fully giving your child everything because actually, they are giving everything to the task in hand. I will show Rory how to do certain things like “that opens like this” or “you can spin this part” and then he wants to have his time to master the trick himself.

COMPARISON IS THE THIEF OF JOY.

“Don’t compare someones highlight reel to your behind the scenes”, right? As a girl “on social media” I have recently been caught under fire here. I had someone get upset that I made them feel bad about themselves after uploading a video to Facebook of me playing with Rory. I uploaded the video because Rory was having his first ever laughing fit and it was hilarious! It wasn’t to portray some life that we don’t live. Someone was upset enough to tell my own mum that they could no longer spend time with me as I made them feel bad. They used the sentence “look at me playing with Rory!”. This really hasn’t hurt or bothered me because I know I make an effort to always be honest about our lives (look at this blog post for example) I don’t wish to portray myself as “The Perfect Mother”.

What it did make me realise is that we have all been there. We all allow our own problems to create feelings and anger when picked at. There are so many mothers I could compare myself too, my friend Nicola whose toddler sleeps through the night would be a prime example when I am up multiple times but at the end of the day, Nicola has her issues too. There is no good in comparing yourself to others. Especially when that is energy you could invest in making your own improvements.

Feel insecure because your friend on Facebook is always looking perfect at soft play while you struggle to get out the door? Either channel the energy into finding your way to do things to your ideal OR decide that actually you are quite happy with your set up and get over it!